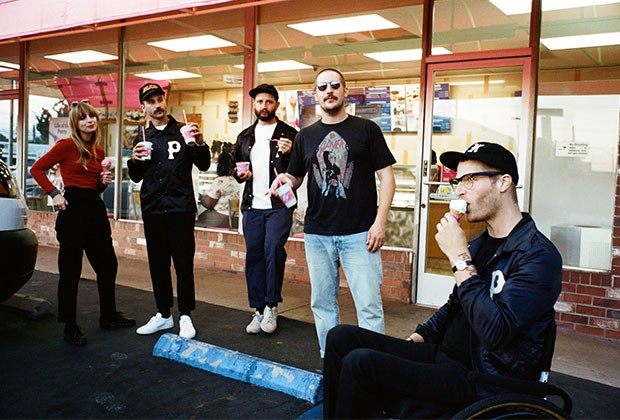 For Bend's indie rock lovers, this weekend will go down as one of the best of the summer, thanks to back-to-back performances from alternative rock titans Portugal. The Man Friday night at the Les Schwab Amphitheater and Cold War Kids Saturday night at Oregon Spirit Distillers. In prep for the big weekend, I accumulated a few of my favorite songs from each band, with fingers crossed the bands will play them at the shows.

"Modern Jesus" — This song first introduced me to the music of Portugal. The Man when I found it on my Spotify Discovery Weekly playlist (a playlist of songs autogenerated by Spotify to introduce you to new music you may like). "Don't pray for us / We don't need no modern Jesus / To roll with us / The only rule we need is never / Giving up / The only faith we have is faith in us," sings John Baldwin Gourley, vocalist for Portugal. The Man. So good.

"Easy Tiger" — To choose a song from the band's latest album, "Woodstock," proves difficult because it's so good. The album spanned hits like "Feel It Still," "Live in the Moment" and "Tidal Wave," but this "Easy Tiger" stands out for me. The song encourages teenage listeners to slow it down and stop trying to grow up too fast. "Easy tiger, you're only 16 going on forever," Gourley sings in the song, which features a great sound from beginning to end.

"So American" — Despite debuting on Portugal's 2011 album "In the Mountain In the Cloud," "So American" still feels relevant, challenging what people think it means to be an American. Portugal sees the madness in us all and questions who made the rules. As the song continues, he sings, "He may not be born of this land / But he was born of this world / He was born of all the mothers and the colors of our brothers," questioning why we think these actions are "So American" when we're all at our roots the same.

"Hang Me Up to Dry" — Is this debateably Cold War Kids' biggest hit? Of course, but when a song is this good, it has to be included. Plus, I've been to plenty of shows over the last couple years when a band purposely leaves their biggest hit off the setlist. Fingers crossed we get to hear this gem that blends more of a slower, spoken-word style vocal arrangement that evokes feelings of being wrung out and worn down.

"Miracle Mile" — The pounding of the keys leads off this hit from the band's 2013 album, "Dear Miss Lonelyhearts." The repetative chorus begging to "Come up for air, come up for air," gets stuck in your head, while that incredibly human need and want to see the one you lost again. The song ends with wanting and uncertainty: "I'll be alright, if I could just see you / A miracle mile where does it lead to?"

"Love is Mystical" — Cold War Kids' latest studio album (they released a live album most recently), "LA DIVINE" features a handful of great hits, but "Love is Mystical" sticks out. It asks if you have the power to believe in love again after a broken heart and speaks of the mystical powers this feeling has over our lives. "Love is mystical / Love will break the chains / You might feel invincible / And you might be afraid / Light in darkness will show you the way / Give you the power to believe again." It definitely makes me want to believe again.