by Nicole Vulcan and Miina McCown

Last week, the U.S. Supreme Court denied the Trump administration's bid to end the Deferred Action for Childhood Arrivals program, or DACA, which offers deportation protection to people brought to the country as children. Following the court ruling—which only denied the bid on procedural grounds—the Source checked in with a local woman and DACA recipient, Liliana Bernabe, who we featured in our 2018 Women's Issue, about her reaction to the Supreme Court ruling. 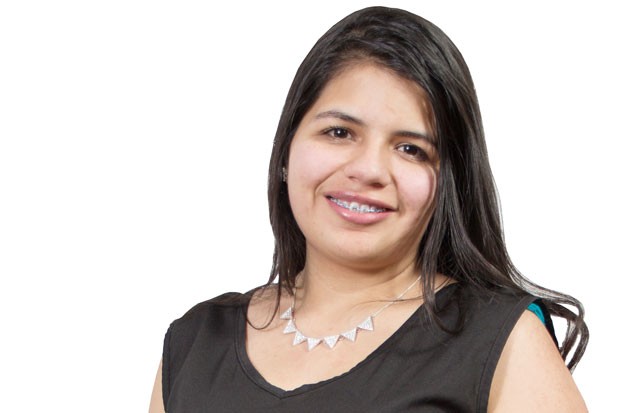 Source Weekly: It's been a few years since we did the Women's Issue cover with you on it. Yesterday was a big day in the Supreme Court. They basically struck down this first attempt to get rid of DACA, and I'm just wondering how you're feeling about that.

Liliana Bernabe: It was a sigh of relief. We lived so afraid, just so scared of what's going to happen tomorrow, and I'm not going to say that I'm not scared anymore because I am; it's that constant fear of someone being able to decide over your life and you having no control over it. It's upsetting; I hate it, honestly. But just knowing that the Supreme Court—we have their support is amazing. And it makes you feel good; it makes you feel that they care about other people, especially minorities in this country.

SW: For those readers who didn't get a chance to read some of your story a few years back, can you tell us a little bit about your background?

LB: Sure, yes. I am from Mexico. I was born in Guadalajara. My parents brought me to the U.S. when I was... I had just turned five, and we crossed the border, lived in California 'til I was about seven or eight. Then we moved to Oregon, and all I remember is just having a very rough childhood. Having to hide my identity. I remember my parents always saying, "You can't say you're from Mexico, don't ever talk about your status."

These things, these norms that I had to follow without really understanding what was going on. In high school, when I was 16, President Obama signed the Dreamers Act, or the DACA, and it just completely changed my life because I was able to get a drivers license, which none of my family members were and I was also able to get a worker's permit and get my first job through my social security card and the workers permit, and I enrolled in school... It was still hard because of not being able to apply for federal financial aid and student loans, and it still is.

"I would like to become an attorney one day. Maybe go into political science and be able to have a voice for minorities, for people like me who tend to have the stereotype of being a gardener, being a landscaper, and I want to tear down those barriers and say, 'Hey, look at this.'” tweet this

I'm not going to tell you that it's not a struggle; I'm about to transfer to OSU-Cascades, getting my associates over the summer at COCC, so I'm a little scared, to think, oh my gosh, what if I don't have the money? Is that going to stop me, not being able to apply for student loans? No financial aid, what am I going to do? I'm very scared but I want to do this. I want to do this; this is my future, this is what I've worked for, and I'm really looking forward to it!

SW: What does the future hold for you? What are your plans and dreams?

LB: I would like to become an attorney one day. Maybe go into political science and be able to have a voice for minorities, for people like me who tend to have the stereotype of being a gardener, being a landscaper, and I want to tear down those barriers and say, "Hey, look at this." We can do so much more but we are so oppressed that we come to even convince ourselves that we can't do this. So, I want to say one is able to do whatever they want, all you have to do is believe in yourself. That's all you need and for now, I'm really working hard on believing in myself. It's difficult with the president that we have in the White House at the moment. You come to think that you're not enough and I kind of sometime have to stop myself and say, "Hey. No one can stop you from doing what is best for you and whatever you want." The Supreme Court had our backs yesterday and that was amazing.

SW: Some people have pointed out that the ruling in the Supreme Court was done on an administrative rule, that it was done based on kind of a technicality. I know that not everybody feels entirely comforted by the ruling... what's your impression of what's next and what are you looking out for?

LB: I'm definitely looking out for Trump striking back. I think that's what's next for us. Not celebrate, but being aware, like, oh my gosh, what's coming next? What's he going to do now? And it's just that uncertainty of not knowing what he's capable of and what he's not.

Intern Miina McCown: How has your culture affected the interests you've had growing up and how has it affected your circle of things enjoy doing, and what you bring to that?

LB: I think that it has always been difficult to kind of grow up in two different cultures because there are norms in the American culture and in the Hispanic culture, so having to juggle between the two and just say, "OK, this is wrong in my culture but this is acceptable in American culture," and having to blend that into my life and learn what's OK to do, what's not, what's expected of me, what's not, but I kind of learn not to care anymore and just do what I want, just because if I keep worrying about like; is this right, is this wrong, it just becomes stressful for me, so I always try to do the right thing. So I feel like I'm building my own culture and my own way of life and being, but it sure is a struggle just to come into a different culture but having your parents kind of pushing you to keep their tradition and to keep their culture, but then also having to adapt to a totally different one. It's a struggle but it's beautiful because you get two different sides; you get two different points of view and you can enjoy it. Especially if you blend those in, it becomes great, it becomes something so significant.

MM: Yeah, I totally understand that. I'm also bicultural. My mom is from Japan and my dad is white, so I totally get where you're coming from and the meshing of two cultures is really interesting, as you grow up especially.

SW: Have you heard of that term "third culture?" It's basically your experiences—you both have basically created a third culture from those two that you were raised in.

LB: And that's what it kind of feels like, doesn't it? Like we have our own culture?

LISTEN: There's lots more to this interview! Check out the full interview with Bernabe in podcast form, as part of the Source's Bend Don't Break podcast series, at bendsource.com.