October 02, 2018
comment
If you're not already the type who's willing to don an extra sweater in the mornings to brave a bike commute, maybe the Drive Less Challenge will sweeten the deal.

Don't call it a war on cars—instead, call it an effort by a number of local agencies to encourage people to reduce their greenhouse gas emissions, save money and cut down on stress... all by choosing not to drive by themselves to work or school each day. 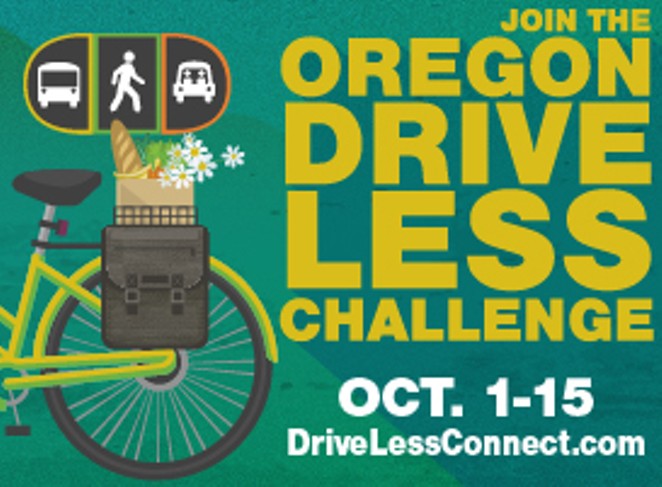 The Oregon Drive Less Challenge kicked off Monday and goes through Oct. 15. The challenge encourages people to log the trips they make biking, walking, riding public transit or otherwise avoiding solo driving, for a chance to win prizes and maybe even best their co-workers in driving less than they did.

This month, Cascades East Transit is also celebrating its 10th anniversary with two "Transit Tuesday" events. CET offered free bus rides on fixed routes and Community Connector buses this Tuesday, and will offer more free rides on Tues., Oct. 9. To celebrate the anniversary, CET had a table set up at Bend's Hawthorne Station Tuesday, and will be set up at Redmond's Transit Hub Oct. 9.

“We love transit Tuesday, especially during the Oregon Drive Less Challenge, to remind remind employees to ride the bus. Bus trips count towards winning great prizes and we are excited to promote the sixth annual Oregon Drive Less Challenge throughout Central Oregon," said Kim Curley of Commute Options, which aims to promote active and alternative transportation in the region.

Sign up for the Drive Less Challenge at DriveLessConnect.com.