East Trails Project Off and Running

Madras COTA chapter creating multi-use trails for just about everyone, and every skill level

The land east of Madras is sparsely covered with juniper trees, sage and other desert plants. It's great habitat if you're a sage grouse, but maybe not the best place to create a biking trail system—at least to the untrained eye. But, according to Central Oregon Trail Alliance's Brennan Morrow, the dirt is primo for mountain bike riders, runners and horse riders. 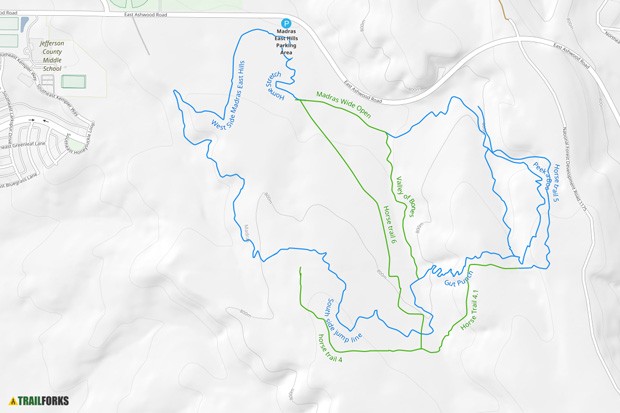 "The soil is great," Morrow said. "It means the riding here is quite a bit bigger window, because we have less snow, so you can ride later into the season and earlier in the season, and it looks like we'll be proving that you can ride all the way through the summer."

Instead of just a layer of dust covering rocks, the soil near Madras is more clay-like than other places in Central Oregon, Morrow says.

"What that means is it packs out really nicely, it also doesn't dust out as badly," Morrow said. "We've had some dry spells and it's not dusty at all, and it's not turning into duff or anything like that."

Morrow said the trails are in their infancy, as COTA started building them after the winter snow melted off this spring. Although the trail system is mainly geared toward cross-country mountain bike riders, Morrow said there are some good flowing berms to ride, a bridge to nowhere and a jump line in the works for more advanced riders.

"We have something for just about everybody," Morrow said. "If you're a beginner you can just kind of hit the flat stuff, if you want to hit those berms up high and blast down low, more advanced guys can do it." 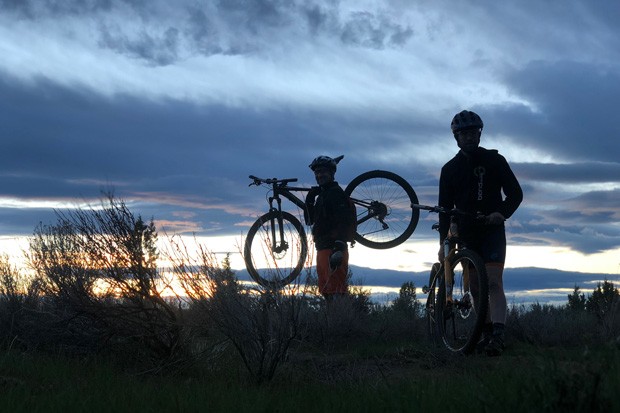 Madras became an official chapter of COTA in September 2018. Currently, the chapter has seven members, Morrow said. But, when it comes time to help build the trails, Morrow said the greater community pitched in.

"We've seen in excess of 100 folks that have come and helped out in different manners," Morrow said. "The (high) school track team, and many individual volunteers and families, plus our core group."

Morrow said because the property is mostly privately owned, they were able to use some non-conventional methods when it came to shaping the trails. In one instance, Morrow said they followed an old cattle path. In another, they used a local dirt bike (motorcycle) group to come roll the trail. That's something they couldn't do on U.S. Forest Service land, for example, where off-highway vehicle use is more restricted.

"What they did was basically simulate a thousand bike rides," Morrow said. "And what we laid out was amazing, it made huge progress in rolling the trail out. And then we re-adopted some of the same dirt bikers, who were interested in getting into mountain biking, as they'd crashed so many times dirt biking."

Morrow said the current trail system included 5 miles of mountain bike trails and 4 miles of horse track and running track. The long-term plans are to extend the trail system east onto the Crooked River National Grassland. 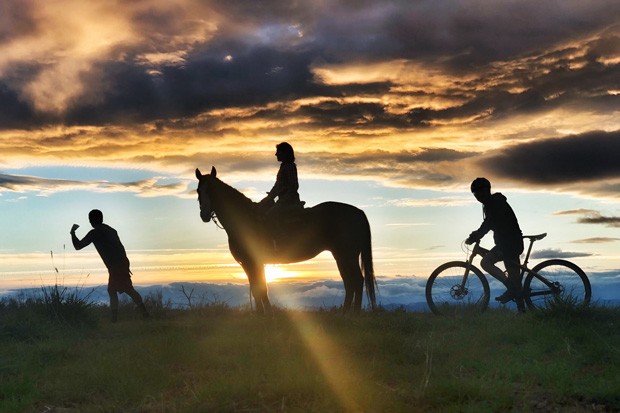 Another group welcome at the East Trails System is e-bikers, which aren't allowed in U.S. Forest Service lands that aren't designated for motorized vehicles, or Oregon State Parks. Morrow said the Madras trails were done with small design changes on the climbs and descents in mind for e-bikers and mountain bikers to be able to safely share the trails.

"That's when your conflict could arrive," Morrow said. "So taking a little actions in our design to make sure that the two users are going to easily be able to see each other and we're not going to have crashes of that sort."

Although the topic of e-bikers can get pretty heated and polarized between regular mountain bikers and e-bikers, Morrow said an older volunteer came out to help and left an indelible mark.

"He is missing like three quarters of one of his lungs," Morrow said. "He's 80 years old and still rides a bike—and so he needs a little bit of help.

He's older, but he's still out there busting his butt, and you know, giving it 100%, and there's just a whole bunch of riders who fall into similar categories."