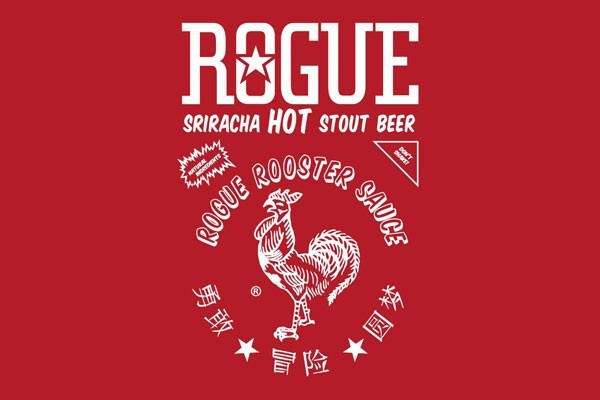 April 1 is Easter Sunday. It's also April Fool's Day, the first time the two holidays have shared the date since 1956. Why not celebrate both at once with beer?

"The Brewmaster's Table," originally published in 2003, is one of the first cookbooks to take a serious approach to correctly pairing beer with food to make the most out of both. In it, author and Brooklyn Brewery brewmaster Garrett Oliver suggests that the classic glazed Easter ham would go great with some Irish stout (to mute the salt from the ham and amplify its sweetness) or some Belgian strong pale (whose citrusy spice and high carbonation does much of the same thing).

There's plenty of the former brew still kicking around locally after St. Patrick's Day, of course; look for Paddy's Irish Stout from Sunriver Brewing. Pfriem's Belgian-Style Blonde Ale fills the bill for the latter, but—hey—it's a holiday, so why not go with a heavy pale from Belgium itself, such as Delirium Tremens or Piraat?

And now that the formal dinner with the family is covered, it's time to explore the silly side of April 1.

Compiling a list of really goofy beer is a simple task for Oregon residents—just look up whatever Rogue Ales is selling in 750ml bottles. It must be noted that Rogue makes some very fine beer as well (Hazelutely Choctabulous makes a great Easter dessert selection, for example), but they have become a bit more famous nationwide for eye-catching bottles of Sriracha Hot Stout and Voodoo Doughnut Bacon Maple Ale, both of which are better shared with many people during festive occasions rather than wrecking one's stomach trying to finish a full pint. And let's not forget Beard Beer, made with yeast cultured from nine hairs of brewmaster John Maier's beard. Despite the slightly gross backstory, it tastes like a perfectly normal, kind of sweet pale ale.

What other goofy, gimmicky beers are out there, ready to unleash upon helpless victims around the dinner table this April Fool's? A few suggestions:

Mamma Mia! Pizza Beer (IL): Pizza's nice, beer's nice, so they'd naturally be even nicer smashed together, right? Such is the quintessentially American way of thinking behind this pale, brewed with basil, oregano, tomatoes and garlic. Currently rockin' an 11 percent rating on RateBeer.com, it's sure to evoke memories of the rats lurking around the booths at Joe's Italian Delight off the freeway.

Rocky Mountain Oyster Stout (CO): Oyster stout is a real, historical style, made with oyster shells for extra sweetness. Rocky Mountain oyster stout was not a real thing until the maniacs at Denver's Wynkoop advertised an April Fool's beer brewed with cattle testicles, then actually made it in 2013. ("We've been making ballsy beer for the past few years," brewer Andy Brown told the Huffington Post, "and this is great proof of that.")

Cup O' Beer (TX): Speaking of bad decisions made during a beer-driven case of the munchies, Fort Worth-based The Collective makes Cup O' Beer, a lightly sour gose-type ale made with ramen noodles, lemongrass, lime zest and more. A bottle costs $7—which would buy 12 or 13 real Cup Noodles—but at least beer is lower in saturated fat.