The eatertainment experience has come a long way since the founding of Chuck E. Cheese back in the 1970s. These days, a modern eatertainment experience still involves food and fun, but the dining/drinking menu has expanded to engage the adult palate—and the play options have grown up as well. Take for example Bend's latest entry into the eatertainment category: the recently opened Walt Reilly's on Century Drive. Co-founded by Paul Gerber and Tim Kerns, Walt's was inspired by an indoor winter golf league that left the guys wanting that kind of fun experience. What seemed like a simple idea morphed into something a lot bigger as things began to get fleshed out, according to Gerber.

"We wanted a comfortable place that offered a varied experience. A place where a guest could spend a nice day out on the patio or catch a game on TV or rent a private dining room for a special occasion or play golf or enjoy live music," he explains. "We felt like Bend was the town that was ready for this concept." 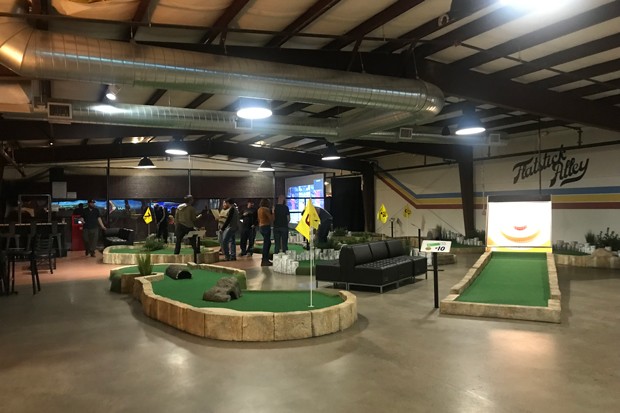 Three ultra-modern golf simulators let guests hit the ball like they would out on a course and play on nearly 200 different golf courses from around the world. Advanced baseball simulators and 10 holes of mini golf add to the play. The entertainment experience goes even further with live music in the mix; Gerber says they've invested a lot into a professional sound and lighting setup. Upcoming live music events include the acoustic Eagles tribute band, Motel Kalifornia on Oct. 16, a big Halloween show, and a Precious Byrd concert on New Year's Eve.

"We wanted it to be a step up from what people may think of as a sports bar," Gerber comments when talking about the food and beverage menus at Walt Reilly's. He says so far they're getting rave reviews from customers but are staying open to feedback and tweaking the menu as time goes by. In order to develop the restaurant/bar portion properly and professionally, Gerber and Kerns partnered early on with Ted Swigert, who owns and operates the Washington and Drake establishments in Bend.

Related Drake-tastic: Remodeled eatery in downtown is a game changer 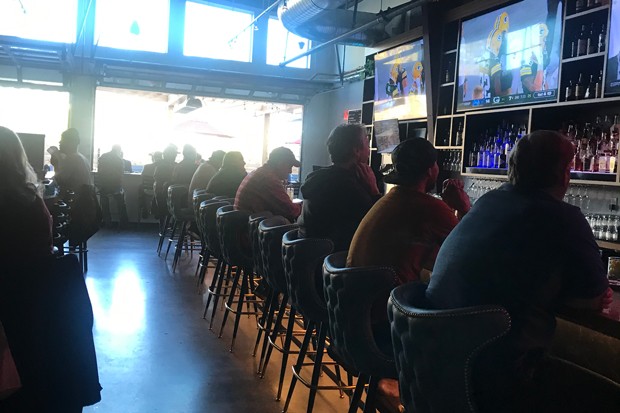 Along with their Double Fried Chicken Wings and a tasty selection of Dugout Dips, Gerber is quite proud of the Walt's version of a Philly Cheesesteak, the Shibe Park, which he says is proving to be quite popular. And its take on a southern fried chicken sandwich, the Southpaw, is also earning its bragging rights. Maybe the most unique part of the Walt's menu is its soft serve dessert options. Get vanilla or Dole Whip and enjoy it plain or fancy it up. Warm peanut butter sauce, chocolate syrup or caramelized banana are some of the topping options, or order the Clean Up Hitter with soft serve and a side of fries.

Liquid Therapy, as the Walt's crew refers to the beverage menu, includes current favorites Key Lime Pie with vanilla vodka, a Pumpkin Old Fashioned, and a Harvest Margarita with apple cider and cinnamon. A dozen beer taps and an incredible selection of high quality liquors are also available. Gerber says they've had an exciting start but he's even more excited about where they're going with, as he puts it, "more stuff coming."

Walt Reilly's isn't the only new option along the Century Drive corridor. Prost! Bend, a true German neighborhood pub, is open Wednesday through Sunday evenings at 40 SW Century near GoodLife Brewing and Cascade West Alehouse. Bier imported from Germany, traditional German food from Bavarian pretzels to Wiener schnitzel, and other German wines and spirits are served up in the inviting communal space. 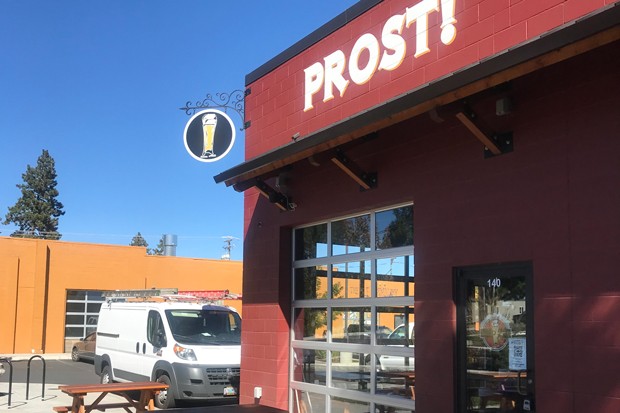 Last but certainly not least to join the eatery lineup along Century Drive is the Cheba Hut, a toasted sub chain started back in 1998 by Founder Scott Jennings. Jennings focused on the harmony between great tasting food and a very specific counter-culture; in other words, it's marijuana-themed. "Cottonmouth Cures" and "Munchies" are menu headings along with a selection of creative toasted subs including the Thai Stick teriyaki chicken and the Jamaican Red buffalo chicken sandwiches, and the Dank pizza sub. There are also vegetarian options and local beer and spirits. The Westside Village Cheba Hut location on SW Simpson Avenue is currently under construction and expected to open in February.