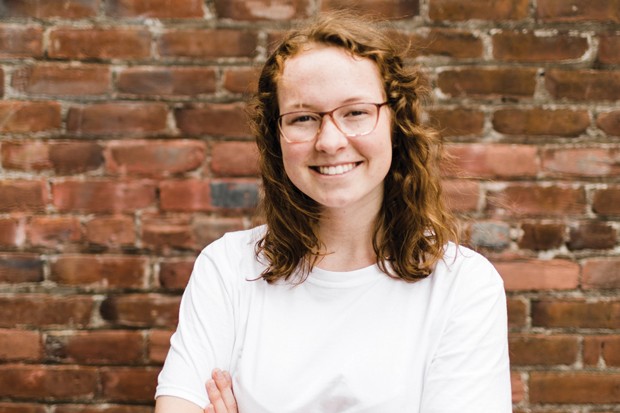 This journalism thing seems to run in the family.

It's no surprise that Natalie Burdsall credits big brother Colin for her decision to join Summit High School's student paper. After all, he spent three years at The Pinnacle as an award-winning writer and sports editor. "It's something my brother encouraged me to do," says Burdsall. "I definitely fell in love with writing once I joined."

Burdsall—who also served as a Bend Nest / Source Weekly intern in 2018—became editor-in-chief last fall after serving as opinions editor the year before. In April, she and her staff attended the National High School Journalism Convention in San Francisco, where the paper scooped up top honors—the prestigious "Best of Show" award—for the third time in the past four years.

How's that for following footsteps?

Despite the fact that Summit has a way of making this look easy, it's an extraordinarily difficult feat to pull off once, let alone three times. "The judges will go through all the papers submitted—there are a couple hundred at least," says Burdsall. "We always submit for the 'broadsheet' category—the largest award of all of them—and we won first place. Very excited for it. It took a lot of hard work and dedication for sure."

She has reason for excitement. As editor-in-chief, Burdsall's involved with all aspects of the paper—most notably its organization and execution. She decides which articles make it into The Pinnacle, where they go and what all the pages look like. Then, she has to edit the articles thoroughly, while working with the various section editors to create the layouts. The edition finally submitted to the judges can take up to two full months to put together.

Burdsall says her parents helped to plant the writing seed early. "My mom is actually deaf, so my parents have focused a lot on communication skills. I worked my entire life to fine tune my communication skills. One of the things that includes is writing. It's always been a focus of mine. I am a book fanatic, too. I absolutely love to read."

She also doesn't mind upsetting the status quo—a hallmark trait of any reporter who specializes in the field of investigative journalism. Recently, Burdsall mixed it up with school officials on two different articles. First, there was the unfortunate story of a student suicide which prompted her to question administrators.


"I would love to see myself working in the government somehow. It could be a lesser-known job. It could be working as a senator or representative..." —Natalie Burdsall tweet this

"We dug into the school's role in that there have been a lot of problems with mental health in the Bend-La Pine school district," she says. "I love to have the ability to try and find what was really happening—what was actually going on." She also just tackled a story on Summit's "Thunder Pageant." Her opinion piece addressed charges of sexism which she says favors male participants. "I focused on what was going on and how women aren't getting the recognition they deserve," she says. "I also suggested some solutions and worked with our Activities Director on that."

Still, Burdsall has decided not to major in journalism when she begins attending Loyola of Chicago's Honors program this fall. Instead, she's planning a double major of political science and women's gender studies. She hasn't ruled out joining the student newspaper there—but doesn't see journalism as her ultimate career.

"I would love to see myself working in the government somehow. It could be a lesser-known job. It could be working as a senator or representative—really anything that would get me into the political arena—and allow me to work on legislation and things like that."

Back in Bend, Burdsall's eager to thank all those who helped with The Pinnacle's success. "It was definitely a collaborative effort. While I definitely led the paper and helped with the organization, I definitely want to recognize all the hard work that the editors have done to help bring us here as well."