Students throughout Central Oregon will benefit from the passage of the Student Success Act, which will bring millions to the region to support student mental health, early childhood education and high school graduation programs.

"I've worked in education in Oregon for 34 years and we've never had this kind of influx of money," said Lora Nordquist, assistant superintendent of Bend-La Pine Schools. "In fact, most of my career has been about trying to figure out how to deal with cuts." 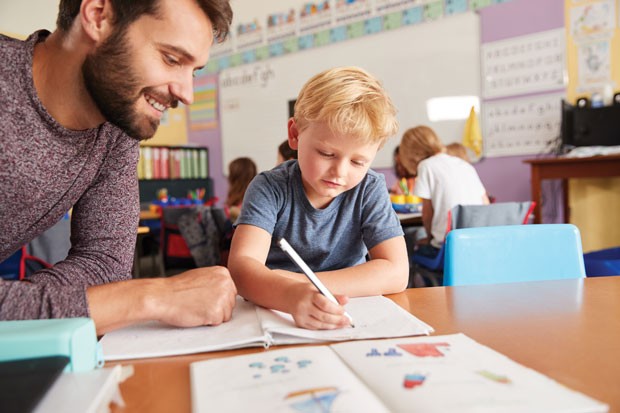 SSA will be paid for by Oregon businesses through a .5% tax on any sales over $1 million. Only 10% of companies in Oregon will be affected, and those businesses can deduct 35% of either their labor or production costs from what they owe.

The historic legislation was signed into law by Gov. Kate Brown on May 20 and will provide an additional $1 billion a year for statewide education initiatives. Fifty percent of the money will go to K-12 districts, 20% to early learning and 30% to state-wide initiatives such as the High School Success fund.

Sen. Tim Knopp (R-Bend) and Rep. Cheri Helt (R-Bend) were both members of the Joint Committee on Student Success in the Oregon Legislature, the group that help steer SSA. Some members of the committee, including Knopp, traveled throughout the state talking to communities about their education needs. As a result, the bill requires comprehensive accountability from districts, paired with flexibility to allow for regional solutions. Some districts in rural areas need help with transportation, while others may need more Career and Technical Education to support students who want to learn practical skills, for example.

The lens is on us in K-12 education to show that—with significant additional funding—we can move the dial in improving outcomes for our historically underserved students. I feel a real sense of urgency about that. — Assistant Superintendent Lora Nordquist tweet this

Helt and Knopp both voted against the bill. Helt told Nest that she worked hard to make sure that Education Service Districts (like High Desert ESD in Central Oregon) were included in the SSA. Helt said she didn't vote for the bill because of the way the new tax will be collected and because it did not fund higher education in Oregon.

BLPS should expect $14 million or more in additional funds from the state for next year's budget. The district will focus the new funds on mental health initiatives and reducing class size, according to Nordquist.

As part of the process of qualifying for SSA funds, school districts must submit an application by April. The grants are non-competitive, but districts were required to conduct surveys and needs assessments in their communities to inform their ideas about how to use the additional money. In BLPS, survey facilitators sat down with 36 family and student groups this fall, and school principals led conversations with staff at the district's 33 schools. The process was rolled out in the Excellence & Equity Review, published in December of 2019. The review highlights that some Spanish-speaking families felt unwelcome at local public schools, and many families expressed disappointment at the administration's unwillingness to address racism and bullying.

Proponents of SSA believe one of the keys to its success lies in the way it addresses groups of students who have traditionally been at a disadvantage. Kids who have special needs, are experiencing poverty, are minority students or who are learning English—among many other categories—will count as 1.5 students for SSA funding allocation purposes. 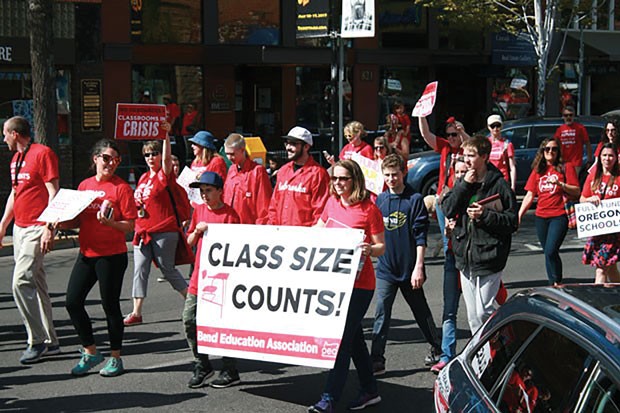 Younger children in Central Oregon will also benefit from SSA, with $200 million available statewide next year to help kids with early barriers to learning such as neglect, trauma, hunger and homelessness.

One way the SSA funds could help improve the region's childcare "desert" is through public/private partnerships in daycare centers where half the families pay full price, while the state assists the other families, Comini noted as an example. Providers are also considering ways to expand their bilingual offerings to address the dearth of Spanish-language programs for young kids in Bend.

House Majority Leader Barbara Smith Warner (D-Portland) told Nest she believes the decline in Oregon education began in 1990, with the passage of Measure 5 which capped local property taxes for education. She is cautiously optimistic about SSA, noting that this funding influx was what the Oregon Department of Education recommended to bring the state up to national averages—so while it's a huge win for education, it's still fiscally conservative compared to other states.

Lora Nordquist adds, "This is a highly charged piece of legislation. The lens is on us in K-12 education to show that—with significant additional funding—we can move the dial in improving outcomes for our historically underserved students. I feel a real sense of urgency about that; we need to be really thoughtful about our budging plan so were investing in high-level strategies that make a difference for students and their families and the staff."