Not everyone loves eggnog, but for those who do, the luxurious, rich and creamy spiked cocktail personifies the winter holidays. Historically, the beverage went by the name milk punch—or the slightly more descriptive egg milk punch. You might think you can call it an egg flip, but that would mean the nog was missing cream. For commoners in the 18th century, eggnog wasn't on the menu much. Milk, eggs and expensive spirits were for the wealthy who used eggnog in toasts for prosperity and good health. Recipes typically include cream, sugar, eggs, spices and spirits. As Alton Brown has pointed out, based on the ingredients, eggnog is "almost identical to ice cream." 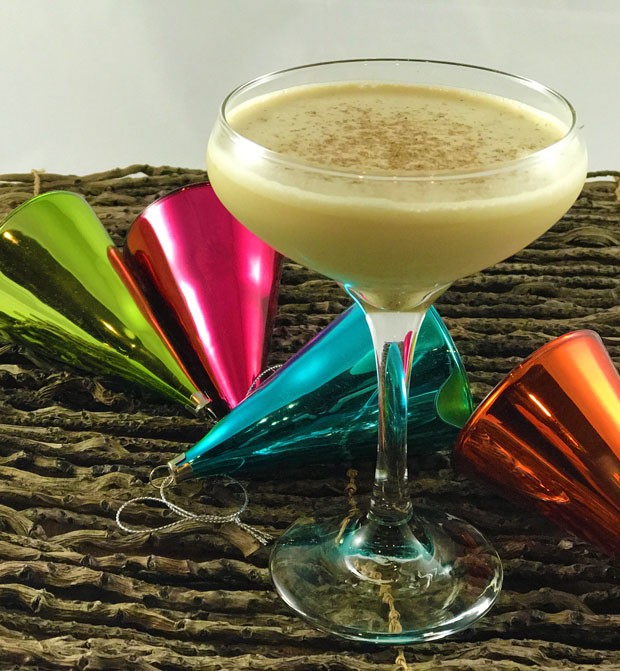 There are options when it comes to which spirit to use in eggnog. Decide based on taste or geographical inspiration. In Britain, people use brandy, madeira or sherry. In the United States, rum became popular because it was less expensive than brandy—but when rum became expensive, whiskey and bourbon gained popularity. Barrel aging makes a spirit like gin another good choice because it drinks like a whiskey.

Preparation time made store-bought eggnog popular. Making a cooked eggnog can take over three hours. If you aren't scared of a few raw eggs, this fresh eggnog recipe is quick.

Combine gin and eggnog in a cocktail shaker with ice. Shake and serve. Garnish with grated nutmeg.

Vegan Variation: Soak a cup of raw cashews in boiling water for 30 minutes or overnight. Drain the cashews and add to blender with two cups of water, blend until smooth. Add a 15-ounce can of full-fat coconut milk and blend until smooth. Use 3 ounces of this mixture to replace the eggs and heavy cream. Rum is recommended with this variation because it pairs beautifully with coconut milk.

Combine all ingredients in a saucepan, simmer for 30 minutes, stirring occasionally. Let cool, strain through a fine sieve. Keeps for one month refrigerated.

Add milk, cinnamon, nutmeg and vanilla to a saucepan on low heat. Slowly bring the mixture to a low boil. In a large bowl, whisk egg yolks with sugar. Temper the eggs by slowly adding hot milk mixture in batches, whisk until combined. Return mixture to saucepan and cook on medium until slightly thick. Remove from heat, add heavy cream and bourbon. Chill. Serve with grated nutmeg and cinnamon garnish.