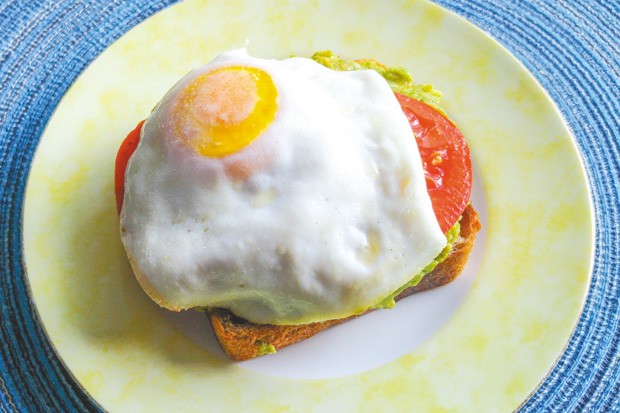 It's deceiving. The small dish doesn't take up much space on a plate, but don't let it fool you.

The thick slab of toasted house pullman bread made at the in-house bakery. The filling, smashed avocado with lemon juice and chile lime salt. A little olive oil. Those sweet late-summer heirloom tomatoes sliced on top of that. And the option of adding an egg, any way you like it, to crown it all. This is a meal that will sustain you for a quite a while.

Even its simple name, "Avocado Toast," belies its strength and flavor.

You'll find it at Jackson's Corner in Bend.

It changes slightly with the seasons, switching sliced radishes for the tomatoes in fall and winter.

De Alicante called the dish a light but filling one, and a "healthy option to get the day started."

It's also happiness on a plate.