Road construction on Bend's east side continues in an effort to relieve congestion at key intersections, improve safety and help drivers cross the city more easily. 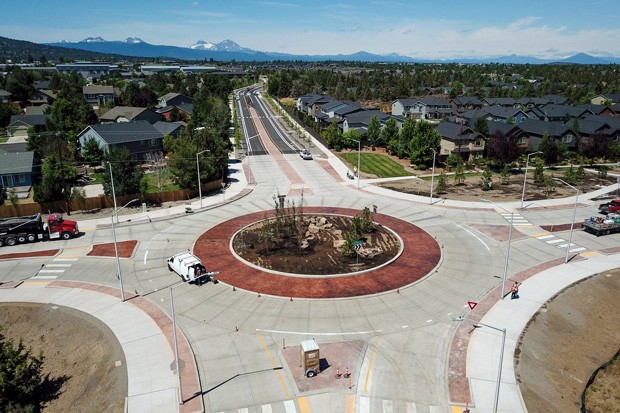 The second phase started in mid-July. It entails extending Empire at the end of Purcell to Butler Market Road and 27th Street. Work has already started with sub-grading Empire, said Sinclair Burr, project engineer for Bend. The city has a right-of-way through Bend Park & Recreation District land. That extension could finish by the end of 2020, along with a new double-lane roundabout at Empire Avenue, 27th Street and Butler Market Road. Work on that roundabout could start in spring 2020.

The intersection at Purcell and Butler Market will also be improved, but the city has not yet determined whether to go with a new signal or a roundabout there.

"We're still figuring that one out," Burr said.

Burr expects public meetings sometime next year for input on that, along with analysis of costs, safety, right-of-ways and other factors, with a possible decision in 2020.

The entire project was first identified in the 1990s, with a right-of-way for the Empire Extension, Burr said. The recession in the mid-2000s stalled it. The project's overall cost is a little more than $23 million.