End of an Abstraction

There's no single view among veterans on the Afghan withdrawal, but they do face unique challenges both during their service and after

There are around 22,000 veterans in Central Oregon—less than 10% of the population. Nationally about 7% of the population has served in the military. Three million served during the wars in Iraq and Afghanistan. A slim, and decreasing fraction of United States citizens know the rigors of military life and even fewer the unique challenges faced by veterans of Iraq and Afghanistan.

"Whatever their fond sentiments for men and women in uniform, for most Americans the wars [in Iraq and Afghanistan] remain an abstraction. A distant and unpleasant series of news items that does not affect them personally," said Secretary of Defense Robert Gates in 2010. "Even after 9/11, in the absence of a draft, for a growing number of Americans, service in the military, no matter how laudable, has become something for other people to do. In fact, with each passing decade fewer and fewer Americans know someone with military experience in their family or social circle." 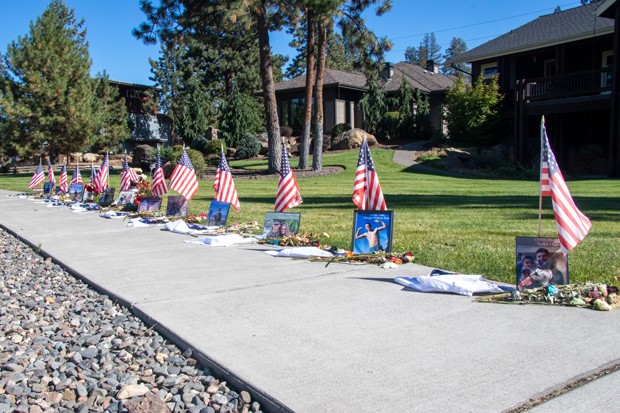 There is no ubiquitous belief among veterans after the withdrawal from Afghanistan last month, ending what was America's longest war. A Morning Consult Poll shows that divide, with 58% supporting the withdrawal, 7% unsure and 35% opposing. Even with the qualifier that the Taliban regains control of Afghanistan, still 53% support the withdrawal, 10% aren't sure and 36% oppose.

"In the military we're trained to think collectively and not as much individually. Yet, we are a reflection of the society of America. And so you're going to get the same diversity of thought among veterans," said Ron Ford, an Air Force veteran of Vietnam and vice president of the Central Oregon Veteran's Ranch Board of Directors. "Maybe there's a connection between the willingness to serve and certain ideas and views. But my experience has been that they pretty well reflect society."

Though veterans run the gamut of American opinions, they are unique in that they experienced something that for most Americans was an abstraction.

"It's frustrating now, because I left a part of me over there," said Ryan Mulhur, an Army veteran of the war in Afghanistan who moved to Central Oregon three years ago.

Mulhur says the withdrawal has been disheartening for him, since he has personal relationships with interpreters, Afghan soldiers they trained and Afghan civilians.

"It just sucks, and it hurts, and you feel like your country, your government is just kind of abandoning people that helped them out," Mulhur said. "In the past, that's just how veterans have felt about them, especially the Vietnam era veterans, they felt abandoned. I kind of get it now. I don't feel like our government really did... I'll say the right thing, but that's a personal opinion."

"I can talk to my brothers and sisters about mental health and about how I’m doing that week or doing that day, and there’s no judgment. Whereas I can’t with the public, especially because the public hears military and they think of a lethal killing machine nine times out of 10."—Ryan Mulhur tweet this

"I can talk to my brothers and sisters about mental health and about how I'm doing that week or doing that day, and there's no judgment. Whereas I can't with the public, especially because the public hears military and they think of a lethal killing machine nine times out of 10," Mulhur said.

Mulhur said military members have a different way of speaking to each other, and that speaking with other veterans can be helpful after returning home.

Supporting veterans' mental health is among the top priorities for veteran organizations like Central Oregon Veterans Ranch, which Ford said provides a healing environment for veterans challenged with reentering society and PTSD.