End of Risk Levels Ahead

May 11, 2021
comment
Gov. Kate Brown announced Tuesday that Oregon will stop using county risk levels and restrictions on capacity once the state reaches a vaccination rate of 70% or higher for Oregonians aged 16 and above. The governor said she believes the state will hit that target by late June if current trends continue.

"Hospitalization rates have stabilized, our infection rates are on a downward trajectory, and in the race between vaccines and variants, our efforts to vaccinate Oregonians are taking the lead,” Gov. Brown said during a press conference. “With daily vaccination rates reaching over 34,000 per day, we are certainly making headway against this virus, while we know that daily vaccination rate may slowly decline in the coming weeks, this week we will celebrate that 2,000,000 Oregonians have received a first dose, more than half of our adult population.” 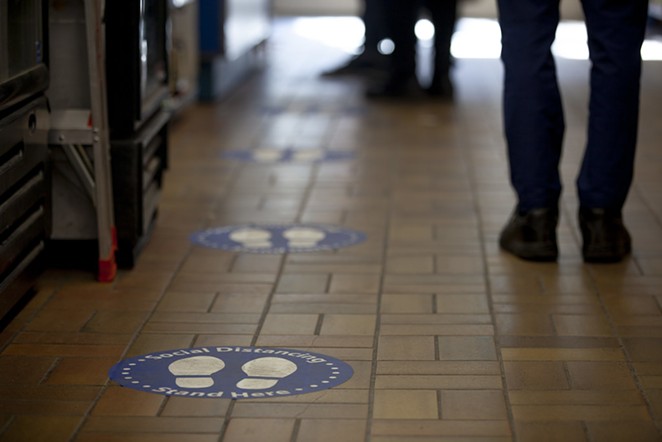 The target of 70% wouldn’t be considered herd immunity, Oregon Health Authority Director Pat Allen said Tuesday, but would lower the spread and lethality enough that hospital capacity wouldn’t be threatened. Some mandates, like mask and distance mandates, may remain in place if still supported by the Centers for Disease Control and Prevention.

Under the new plan, individual counties can opt in to the lowest risk categories if they reach a 65% vaccination rate, and submit a vaccine equity plan to the state that shows how they anticipate to vaccinate vulnerable populations.

Deschutes County has fully vaccinated 97,939 people this far, just shy of half its total population but nearly two thirds of adults.

Related Opening the Vaccine Floodgates: Deschutes County expands eligibility requirements and speeds ahead with vaccinations, while Oregon still lags behind other states

Opening the Vaccine Floodgates
Deschutes County expands eligibility requirements and speeds ahead with vaccinations, while Oregon still lags behind other states
By Hanna Merzbach
Local News