The passage of a bill by the Oregon Senate is not typically news in and of itself, but in this era of GOP caucus slowdowns and staged walkouts to hold up voting, standoffs between parties, a 2020 session where only three bills passed into law, and a 2021 session where, nearly four months into this year's session of the Oregon Legislative Assembly, not a single bill has reached the desk of Gov. Kate Brown, the passage of Senate Bill 699, introduced by Sen. Tim Knopp (R-Bend), is more than noteworthy.

The bill finally ends in Oregon the ability of health insurance providers to exclude individuals from health care coverage or to offer higher premiums or different terms of service, due to pre-existing conditions. 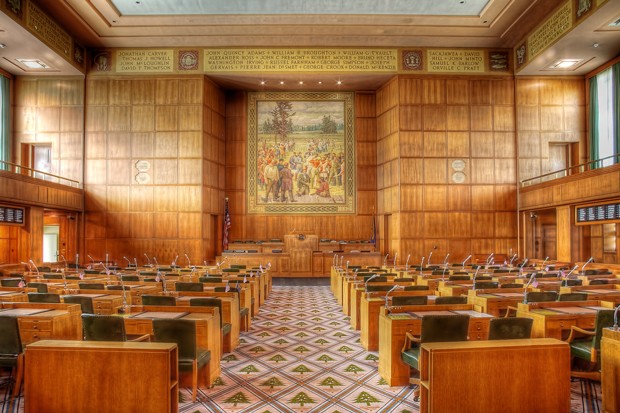 Many people incorrectly believe the Affordable Care Act, also known as Obamacare, eliminated the ability of insurance companies to deny individuals coverage for pre-existing conditions, and while that is the case for people younger than 65 who purchase individual health care plans, it does not apply to people who purchased insurance prior to the introduction of the ACA in March 2010.

SB 699 closes a loophole in four Oregon statutes to prohibit insurers from imposing pre-existing condition exclusions, from requiring applicants to provide health-related information as a precondition of approval, and from denying anyone coverage based on information provided in their application.

Most importantly, Knopp said, the bill also prohibits insurers from denying coverage for pre-existing conditions to individuals who have had the same health care plan prior to 2010. These so-called grandfathered plans were obtained by people through their jobs or purchased on their own either privately or through the Oregon Health Plan, he said.

However, SB 699 also states insurers still may impose a pre-existing condition exclusion if medical advice, a diagnosis or care is provided to an individual for a specific condition in the six months immediately preceding the date that person's insurance coverage began, but the exclusion must end six months after his or her coverage becomes effective. The bill also excludes the imposition of waiting periods for coverage, and insurers cannot offer different terms and conditions, or increased premiums, to customers with any pre-existing condition.

A joint study by the Oregon Health Authority and the Oregon Department of Consumer and Business Services says the ACA protects more than 1.6 million Oregonians from being denied coverage or being charged higher premiums by insurers due to pre-existing conditions. Yet, no one knows exactly how many plans were grandfathered in before 2010, Knopp said.

"There are an unknown number of grandfathered health care plans out there," Knopp said. "No one tracks the number of individual plans—the only tracking I'm aware of is when health plans that are being sold to the public come before the insurance commission for rate reviews. That's why the easiest way to establish the law is to say you can't be disqualified for pre-existing conditions at all, no matter how old your plan is. It solves the problem."

A joint study by the Oregon Health Authority and the Oregon Department of Consumer and Business Services says the ACA protects more than 1.6 million Oregonians from being denied coverage or being charged higher premiums by insurers due to pre-existing conditions. tweet this

SB 699 passed by overwhelming bipartisan support, with a 29-1 vote. Sen. Dallas Heard (R-Roseburg) cast the single "nay" vote. Heard is committed to not voting on any piece of legislation this year because he believes the 2021 session is illegal since the Capitol is not open to the public (see sidebar for Heard's official vote explanation), though the public can view committee meetings and hearings online.

SB 699's passage not only shows there actually is a desire for bipartisan legislation among the 18 Democrats and 12 Republicans who make up the 30-member Oregon Senate; it also highlights the fact that some things just make sense for all Oregonians, Knopp said.

Seemingly agreeing with Knopp's assertion, a Heard spokesman said the senator has no problem with SB 699 itself and eliminating pre-existing conditions, but it's the principle of the session itself that he is voting against. "We have to remain consistent on that throughout the year," he said.

"The bill also is important in terms of the next steps at the federal level," Knopp said. "If there is a contraction at the federal level and pre-existing conditions are again allowed, I want Oregonians to already be protected and have an equal playing field for all people and all health insurance plans."

SB 699 moved on to the Oregon House where Speaker Tina Kotek (D-Portland) assigned it to the House Committee on Health Care, but a committee meeting had yet to be scheduled as of press time.

Sen. Dallas Heard has committed to not voting in favor of any legislation during this year's session. Here's his explanation as to why, courtesy of the Oregon Legislative Information System:

"The Constitution of the State of Oregon clearly states that, 'The deliberations of each house, of committees of each house or joint committees and of committees of the whole, shall be open...' This provision was put in place to ensure accountability and transparency to the people of the state that their Legislature was working in their best interest. The virtual format that is being used does not provide for an honest, open, and transparent discussion on the matters of this state.

"We are seeing just how discriminatory these virtual sessions can be! The Majority Party has created a system that if you cannot afford internet you cannot be a part of the discussions. This 'Pay to Play' approach is NOT the Oregon way. Between this and the heartbreaking examples of the elder and economically depressed members in our society struggling and getting frustrated over their challenges navigating this virtual environment, it cannot honestly be said that we are doing the peoples work.

"The 'People's Work' should be considered an essential service and there for (misspelled) accessible in person. Because the people are still being denied their constitutional right to participate and lobby their legislature in an open manner, I cannot legitimize this session with a yes vote no matter the merit of the bill, and there for had to vote no (on SB 699)."

Daniel Pearson is a seven-time award-winning journalist, a two-time ADDY award winner for marketing and promotion, and a former winner of the Oregon Coastal Writer’s Series award for fiction. He is a die-hard Atlanta Braves fan, and a long-time listener of Phish and the Grateful Dead.
More