To be human is to get lots of exercise leaping to uncharitable conclusions about other humans.

My roommates have a text thread that includes all three of us. They chat on it all day long, and it's driving me absolutely insane. We all live together and work at home, so I don't see the need to keep texting nonstop. I turned off notifications for the group text, but that doesn't mean the convo has stopped, and I'm annoyed seeing it lit up every time I look at my phone. (What's with this ridiculous need to communicate one's every thought?) I want to tell them they need to reel it in and to leave me out of it, but I also don't want to be rude. 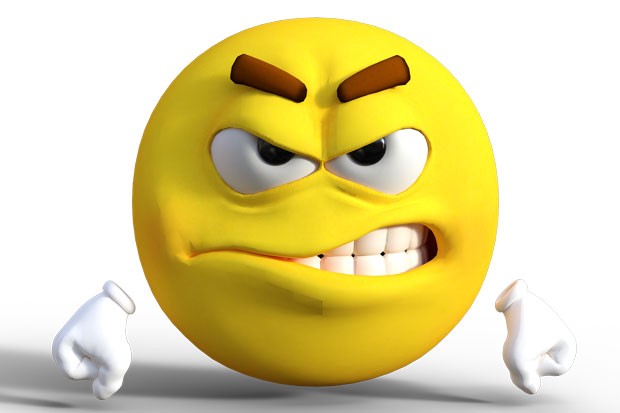 Shakespeare was Shakespeare in large part because there were no smartphones in Elizabethan England: "Now is the winter of our...triple poo emoji?"

I confess that I personally see cellphones as tiny instruments of death for writerfocus and leave mine on Do Not Disturb, an underappreciated wonder of the technological world. I try not to go all Judge Judy on those who live differently, but let's be honest: To be human is to get lots of exercise leaping to uncharitable conclusions about other humans.

Take a woman who called in to a radio show when I was being interviewed about my advice on cellphone manners. She compared people staring into their cellphones to the pod people from "Invasion of the Body Snatchers" and called it "antisocial" to be texting in public.

Like this woman, we often assume we know what's best for other people, especially when whatever that is presents a lovely frame for our own moral and intellectual superiority. But as I wrote in "Good Manners for Nice People Who Sometimes Say F*ck," unless you're such an obliviously wandering phone zombie that it "causes me to swerve into oncoming traffic to avoid running you down, it really isn't up to me to dictate whether you text your days away or spend them reading Good Books Approved by the Reviewing Staff of The New Yorker."

Also, texting in public isn't "antisocial." It's socializing with somebody who isn't in our immediate environment. And being social, whether in person or with someone miles away via a tiny wireless "window" in our palm, is something we crave.

That's probably because humans evolved to be a cooperative species, living in groups and working together. In this context, cooperation means sometimes putting aside our self-interest to act in the interest of others. Friendship and the emotional bonds that result suggest that our friends' interests have become in our self-interest, and this, in turn, suggests our friends can rely on us when the chips are down.

Human cooperation is a psychological adaptation, an evolved solution to recurring problems that impinged on survival and reproduction. Cooperation is basically, "United we stand; divided we fall" (and maybe get eaten by something with sharp fangs). Psychiatrist and evolutionary researcher Randolph Nesse explains that our emotions act as our survival and mating support staff, pushing us to behave in evolutionarily optimal ways. Feelgood emotions like joy, excitement, and love motivate us to keep doing what we're doing so we can keep those feelings coming. Feelbad emotions like depression and fear, and loneliness when we feel isolated, drive us to change what we're doing so we can stop feeling so crappy.

Accordingly, psychologist John Cacioppo, who researched loneliness, explains, "People may think of feeling lonely as a sad condition," but it's "not just sad but also dangerous." It's associated with substantial mental and physical health costs, including impaired reasoning and self-control, fragmented sleep, diminished immunity to disease, and increased risk of heart disease and high blood pressure. In contrast, "Satisfying social relations with others is the one demonstrable factor that systematically differentiates very happy people from unhappy people," Cacioppo explains. In other words, social connection feels good because it's a sort of insurance policy for our emotional and physical well-being that we evolved to maintain.

Chances are you haven't felt comfortable about making the (totally reasonable!) request to not be included in the roommate textathons because of your less-than-charitable feelings about the existence of these conversations (like that the roomies are "ridiculous," etc.). Maybe through your understanding the evolutionary benefits of social engagement and what they might get out of this emotionally, you can see your roommates in a kinder light and request accordingly: "I'd rather talk to you guys face-to-face..." As poet John Donne wrote, ask not for whom the group text tolls; ask that it stop tolling for you — unless it's deeply urgent: "Your room is on fire. Where do we keep the fire extinguisher?" or if somebody just got photos of a mongoose dressed as Batman.