Endorsement: Vote Jamie McLeod-Skinner for Secretary of State in the Democratic Primary

Three solid candidates mean this race will have a strong contender for the general election, but McLeod-Skinner has proven her commitment to rural parts of the state

Making our decision on who to endorse for the Democratic nomination in the primary for Oregon Secretary of State was a tough call.

Among the contenders are three highly qualified individuals: Shemia Fagan is a state senator serving the southeast Portland area; Mark Hass is also a state senator serving the western suburbs of the Portland metro; and Jamie McLeod-Skinner is a former congressional candidate who ran a spirited campaign against Rep. Greg Walden in the 2018 race for his seat. Fagan is a civil rights attorney. McLeod-Skinner, too, is an attorney specializing in natural resources, as well as an engineer. Hass is a former broadcast journalist who spent most of his career at KATU news in the Portland area. 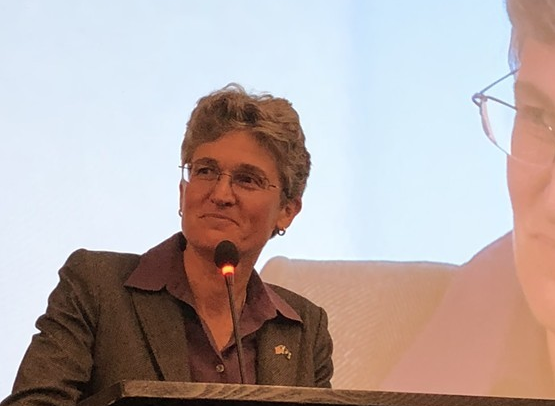 Each of these candidates possesses a mix of experience, education and background that would serve them well as Secretary of State. Hass, in particular, offers the breadth of experience and willingness to work with others that we’d like to see in this post.

Still, in selecting candidates for a statewide office, geography counts. Central Oregon voters want to see the concerns of the parts of Oregon away from the Portland metro area borne out in Salem—or at least understood there. The current Secretary of State, Bev Clarno, is from Central Oregon, and since she took the position only for one term, we’d like to continue to see Central and/or Eastern Oregon represented at the state-office level. Fagan was born in eastern Oregon, but has spent her adult life in the Portland area. Hass, likewise, has focused his career in the city. That leaves McLeod-Skinner as the only candidate not living the Portland or Salem areas.

McLeod-Skinner won our endorsement for Greg Walden’s seat in the 2nd Congressional District two years ago not just because we wanted someone to finally replace the longtime congressman, but because she ran a remarkable campaign based on creating connections with many different people around the district. We appreciate her willingness, during the last campaign, to reach across the aisle and ensure diverse groups—everyone from ranchers and veterans to high schoolers and student activist groups—were heard. To that end, she has made extra efforts to ensure her campaign documents are available in multiple languages—something we hope she continues should she be elected.

We believe her natural resources background as well as her management experience and her past service as a city council member will help her get up to speed quickly on the inner workings of the state—a point on which the other two candidates are strong. While it may be more customary for qualified individuals such as McLeod-Skinner to begin by serving in the state legislature, we believe she has what it takes to lead the office now. What’s more, it could be a good thing to have someone who’s not already on the “inside” of state government be responsible for the audits and oversight that the Secretary of State’s job requires. We also appreciate McLeod-Skinner’s commitment to taking no corporate donations in her campaigns, and her commitment, if elected, to promoting even more election security, and to establishing a “voting culture” in Oregon.

Hass and Fagan have done important work in the legislature, and Oregonians will be well served by allowing them to remain there to build upon their track records there and to continue to serve. Vote Jamie McLeod-Skinner for Secretary of State in the Democratic primary.