Our endorsements in the measures on Redmond voters' ballots

For this editorial board, the question of whether to support a new recreational facility in Redmond is an issue of equity. North of Redmond, the city of Madras has a stellar swim center. In Bend, two large public facilities now exist to help residents—including seniors and kids—get exercise and access recreation programs. Redmond is not going to get any smaller, and with income inequality making private programs and facilities out of reach for an increasing number of people, there is an urgent need to offer facilities that promote health and connection, and the current swim center is sorely lacking. Some of the most vocal opponents to this bond—which will cost the average homeowner roughly $15 per month, when combined with the operating levy also on the ballot this year—are those who already enjoy facilities similar to these, in the private resort of Eagle Crest. All residents around Redmond should have access to basic public recreation facilities that help them maintain their health—not just those living in a private development, or those who are able to drive elsewhere in Central Oregon to do so. When we build facilities close to where people live and work, it can reduce traffic congestion, too. Vote YES on Measure 9-150. 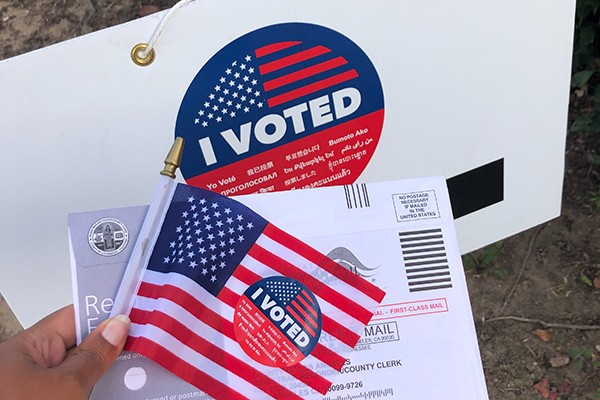 Public facilities require public funds, plain and simple. This is an investment in Redmond's health and wellness—things that pay dividends in countless ways throughout a community. As mentioned above, a $15-per-month price tag for both constructing and operating a new recreation facility in Redmond is well worth the investment. It's high time for Redmond to invest in the health of the entire community by building this long-overdue facility. Vote YES on Measure 9-151.

Measure 9-153: Declaring a Prohibition on the Manufacture of Psilocybin Products

Redmond made a mistake when it banned marijuana dispensaries in the town, and now, numerous Redmond leaders say they regret it. In this case, the reasons for supporting psilocybin go beyond the more recreational nature of marijuana, but the reasons behind a prospective ban seem the same: A fear of the boogieman of a new type of regulated commerce. With veterans among the most vocal supporters of psilocybin programs to help manage rampant rates of PTSD, anxiety and depression, we need all options on the table. These manufacturing facilities will be closely monitored and secure, and their footprint is far smaller than marijuana processing centers.

Redmond should not vote against a program that has not even yet had a chance to prove its worth locally. What's more, this measure specifically would ban manufacturing facilities—ironic in a town where many of its leaders profess to support commerce and job creation. Vote NO on Measure 9-153.

The thinking here appears to be, let other municipalities work through the details in the first couple years of the statewide psilocybin therapy rollout to determine whether it's going to fly and what the pitfalls might be. If this passes, it means that two years from now, Redmond residents will once again have to vote on whether they want this or not. Why wait? Let legal, regulated business owners who want to take on the challenge of offering this service start now, and support the creation of new jobs and new industries in Redmond. We said the same thing about Deschutes County's measure aiming to ban psilocybin service centers in the unincorporated county: This is not going to result in rampant drug use or people running naked in the streets. What it very well could do, however, is normalize a type of treatment that has been among the only breakthrough treatments for many people with PTSD, anxiety and depression. Redmond residents should be able to access that in their own town. Vote NO on Measure 9-154.

—Find all of the endorsements by the Source Weekly's editorial board on our Elections page at bendsource.com/bend/elections