Endship Ring and To The Bitter Friend

What are you, a day spa for her emotions crossed with the Burger King drive-thru? 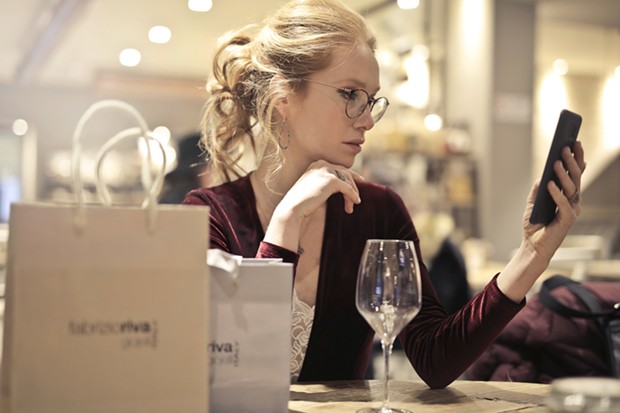 I was roommates with a girl five years ago. I was a spoiled brat for many years, but I've worked very hard to change. She, on the other hand, is still supported by her father, has no job or interests, and just wants to get married. Whenever she calls, she wants advice on the same boy drama. I just don't have the time or patience for this anymore. I tried not responding to her, but she keeps calling and texting, "I need to come over right now!"

"I need to come over right now!" What are you, a day spa for her emotions crossed with the Burger King drive-thru?

It's easy to confuse the chunk of time a friend has been in your life with reason for them to continue being there. It helps to unpack the mystique about how friendships form. Social science research finds that a major driver of friendship is similarity—shared values and attitudes, for example. But demographic similarity is part of it, too—like both being 30-year-old single female zoo workers who went to a crappy college.

And though we want to believe we carefully choose the friends in our lives, personality psychologist Mitja Back and his colleagues are among the researchers who've found that "mere proximity" seems to play a big role in who our friends are. This means, for example, living in the apartment next door, working in the same department, or, in Back's study, being randomly assigned to "neighboring seats" in a college class. In other words, you probably became friends with this woman because she was sleeping in the next room, not because you conducted a nationwide search for the best possible buddy for you.

Now's the time to choose whether she stays in your life—and you don't do that by hoping she'll hear your vigorous eye-rolling over the phone and take the hint. Breaking up with a friend—if that's what you want to do—should work like breaking up with a romantic partner. Don't just wordlessly cut off contact; that's cruel — and likely to backfire. Tell her that you need to end the friendship, explaining the problem in broad terms: You've "grown apart" or you're "in different places" in your lives. Even if she presses you, keep it kind by keeping it vague. The point is telling her it's over, not informing her that she's got all the emotional depth of a goldfish and then ducking out forever via call waiting: "Sorry—gotta go. Important robocall from Rachel from Card Services on the other line!"

After six years of hard work, I'm starting to have some success in my career. Disturbingly, my best friend seems envious. I'll tell her some exciting news, and she'll barely respond. I understand that she's trying to break through while working a menial job, but my other friends are really supportive and happy for me. She claims she is, too, but her behavior says otherwise. It really hurts my feelings.

We often do crazy things simply to keep up with our peers who are doing those things—not, say, because we were bored on a Saturday afternoon and had a little brainstorm: "I know! I'll pay some total stranger $55 to spread molten wax on my labia and rip out all my pubic hair!"

We evolved to be creatures of "social comparison"—judging how well we're doing personally and professionally by how we stack up to others. As I often explain, our emotions are not just for mental decoration; they're motivational tools. When we're lagging behind our peers, envy often rises up—as it seems to be in your friend. Envy is mistakenly assumed to be ugly and shameful, but evolutionary social psychologist Bram Buunk and his colleagues explain that the feelbad we get from envy pushes us to get on the stick and narrow the "status gap" between ourselves and others.

Understanding the underpinnings of envy can help you have compassion for your friend, which might help you avoid taking it personally when she fails to celebrate your achievements by pulling out confetti and a kazoo. Try to accept that she probably can't express the excitement you'd like her to because every success you rack up sneers, "Hey, loser! How come she's up there and you're down here?"

If you do tell her about some win, consider pairing the news with mention of the years of grubby work and daily failures that went into it. This might help her view the success you've achieved as something attainable—as opposed to some magical gift: "OMG, I was just sitting on my porch drinking a beer, when my boss called and said, 'You often cut work and smoke a lot of pot. Let's give you the VP job.'"