This spider's web fails to grip 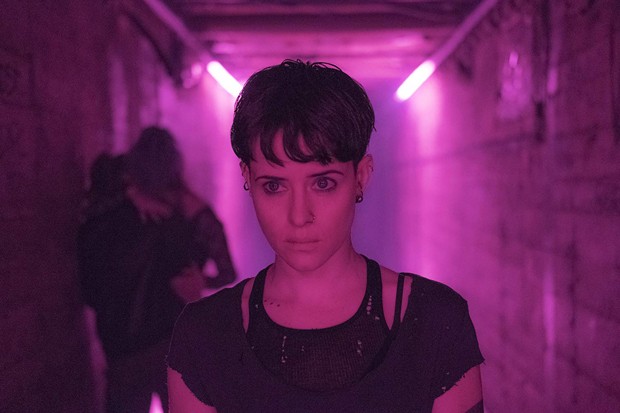 If there's an idea or currently popular intellectual property that the American public might have heard about, Hollywood will try to find a way to spin it into gold. Whether it's "The Emoji Movie" or Nicolas Cage trying to save people from the collapsing towers in "World Trade Center," if there's an idea to exploit, at least three writers in L.A. will be trying to find a way to turn old ideas into new dollars.

It's been a few years—so, according to unwritten Hollywood code, it only makes sense to relaunch the franchise by adapting the fourth book in the series; the first by David Lagercrantz, the author who took over the franchise after Larsson's death. Claire Foy is astounding in the film and is proving to be a chameleon with her work here as well as in "The Crown" and in this year's "Unsane" and "First Man." She's a phenomenal Lisbeth Salander, but the movie she's starring in is absolutely ludicrous.

Salander is still a hacker and still is considered to be "the woman who hurts men who hurt women," but "The Girl in the Spider's Web" sees her rebooted into a modern female action star. This is a brain-dead "Bourne Identity" rip-off that has Salander getting into gun fights and shocking multiple testicles with a cattle prod more than using her brilliant and photographic memory.

I'm sure director Fede Alvarez (a much better filmmaker than this) thought he was giving Salander her version of James Bond's "Skyfall," a back-to-the-beginning origin story that fills in a lot of blanks, but instead he's made her "Spectre," an absolute misunderstanding of the character and the nadir of the franchise.

The idea of making Salander a more proactive and physical heroine is a good one, but "Spider's Web" has no tension, no twists and a villain who makes less sense the more she's on screen. This, combined with the fact that the previews show the entire three acts of the film, means boredom is constantly warring with familiarity through the entire runtime. It's a waste of talent, time and a great character who still hasn't been treated with the importance she deserves.