Will Bend keep one of its key tools in attracting new businesses? 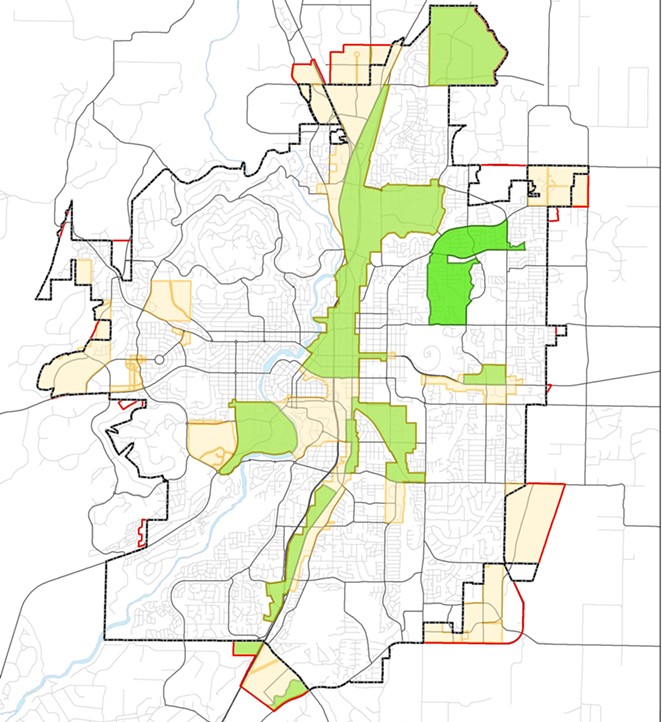 Deschutes County Commissioners approved redrawn boundaries to the Bend Enterprise Zone at their meeting on Wed., April 14, moving one step closer towards final approval from the state. Enterprise Zones are touted as one of the key benefits for businesses in Oregon, and Bend’s hosts 54 companies that have created over 1,400 jobs and invested $256 million since the zones were formed in 2011.

The program allows three- or five-year abatements on personal property taxes for properties in established Enterprise Zones, areas that need to be facing economic hardship in terms of income, unemployment and poverty when compared to the state to qualify. The abatement allows businesses to invest in themselves without the burden of increased taxes until the end of the term. Without sales tax incentives, corporate income tax credits and other benefit programs, Oregon has fewer ways to attract businesses than many states, advocates say.

“Oregon's not winning any national awards for breadth and depth of finance,” said Roger Lee, CEO of Economic Development for Central Oregon, the entity contracted to manage the Enterprise Zone. “So, this is one of the flagship incentives that we can offer businesses in the state to encourage them to invest here and to put jobs in Oregon.”

Getting the tax exemption requires businesses to meet certain goals. A three-year abatement requires a minimum investment of $50,000, 10% job growth from the date of application to the end of the abatement’s term and submitting annual reports to EDCO. For a five-year abatement they must meet the same qualifications, plus sustaining jobs with 150% the average county wage ($71,393) and be individually approved by the Bend City Council.

“Bend was getting some advantages because of just how far our economy dropped during the Great Recession, because that was when the data was, at that point, freshest. And of course, we've seen a lot of growth since then in Bend,” said Ben Hemson, Business Advocate for the City of Bend.

Though there’s some opportunity lost with the shrinking of the Enterprise Zone, Bend Area EDCO Director Don Myll said the most important areas will remain intact.  “An example of one we'd lost, which wouldn't be surprising, would be the Northwest Crossing area, which you can just look at that and figure out it's not too economically hardshiped,” Myll said. “We were able to retain in the new Enterprise Zone boundary, those areas where the biggest opportunity for job creation lies and that is Juniper Ridge area and the Empire area.

Two hurdles remain for the updated boundary after its approval by the Deschutes County Commissioners. On May 5, the Bend City Council will hold a work session discussion on the Enterprise Zones and updated boundaries. At its next meeting on May 19, the council will decide whether or not to empower EDCO to apply to the state on behalf of the city, as well as pursue any changes they would like made to the program.

“It's important for a place like Bend, I think, to try to keep this incentive as long as it possibly can in order to continue to attract jobs,” Lee said. “Left to its own devices, I think this would feel much more like a resort community without those middle-income jobs. And I think that's really our charge at the end of the day is to make sure that we have a mix of jobs that pay wages that people can afford to live here.”