Ben Gordon, the new executive director of Central Oregon LandWatch, was our guest on this week's "Bend Don't Break" podcast hosted by Source Weekly Publisher Aaron Switzer. Gordon described how COLW has been working behind the scenes for decades to mitigate the effects of urban development and wasteful water use in the Deschutes River Basin. 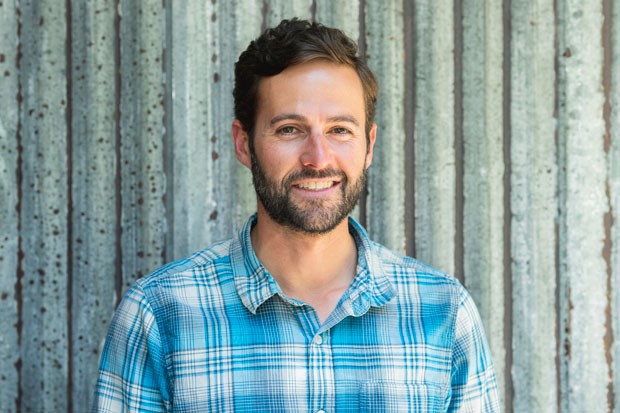 Source Weekly: What inspired you to pursue a leadership role in environmental conservation so early in your career?

Ben Gordon: I grew up in suburban Maryland and my dad was a land use attorney. Growing up, I was always drawn to these little pockets of nature that we had in the suburbs. Whenever I had the opportunity, I would play in the creeks and pick up frogs and snakes and was just always really interested in the natural world. But, it wasn't until I was a student at the University of Colorado [Boulder] that I had the opportunity to attend a biodiversity conservation management seminar in New Zealand that my eyes really became open to natural resources as a career path.

"At a certain point there are bottom line values that LandWatch exists to uphold for our community, our stakeholders and our supporters, and we have a finite amount of tools to do that work. I recognize how contentious lawsuits can be, but I also recognize how effective they are." tweet this

SW: Are the environmental benefits of the pandemic a real thing?

BG: I think in the short term we see some indications that if we change our patterns and our habits profoundly they can have a lasting impact on staving off the dire effects of climate change and improving the outcome for imperiled wildlife species; even just improving the experience that wildlife have on a human-centric planet. But it really speaks more to whether as humans we're willing to make long-term changes... Because if this goes on for a few months and then we go back to business as usual I don't think it makes much of a difference.

SW: Describe how Oregon's land use laws are unique and how that intersects with the work that you do?

BG: Oregon is unique in that since the early '70s it has had in place this land use system that was ultimately designed by the likes of former Gov. Tom McCall and visionaries like Henry Richmond. Back then Oregon's economy hinged on agriculture and timber. They asked, 'how do we preserve these resource lands in perpetuity?' They had the realization, by looking at California and other states, that sprawl was having this profound effect on farm and forest lands. So Oregon said, 'we need to do something to preserve this economic engine into the future.' They decided that also matters how people experience our state in terms of quality of life. They passed Senate Bill 100, which requires public participation for big developments and an institutional structure for statewide planning. They took into account how land use would affect wildlife habitat.

SW: Let's use the example of the work that LandWatch is doing right now with the Thornburgh Resort at Cline Buttes development, planned in Redmond out by Eagle Crest. The developers want to build 1,000 homes, three golf courses and 475 overnight lodging units. What is LandWatch doing to mitigate the environmental impacts of this development?

BG: Thornburgh has been around for 10-plus years and the developers continue to bring forward these proposals for development. LandWatch's role now is holding the County accountable to a piece of its own code that says for these destination resorts there will be no net negative impact to fish and wildlife and their habitat. Our concern now is that the proposed development would require 6 million gallons of water per day. Six million gallons is significantly more than the City of Ashland uses each day.

That water would be coming from a deep (cold water) well from an aquifer that feeds Whychus Creek, and there's sensitive fish there. This is a very important water source for this community and so our question is, do we want to allow this development to take that much of our precious water resource for this kind of development? Can they prove that they can mitigate these impacts? Thus far they haven't.

SW: LandWatch has always been willing to go to court and hold of lot of these developments to a legal standard. In the area of water management it seems like you need to both collaborate and act as a watchdog. Could you speak to LandWatch's role in the past and how you see yourself as the new executive director moving forward?

BG: It would be helpful to know that when I was interviewed for the job and when talking to the board, I started my interview by saying if LandWatch feels it needs an attorney to be its executive director than I'm not the person for the job; I'm not a trained attorney. However I recognize the importance of litigation as a tool when civil conversations are not enough. My background has been in conservation and community organizing. I've worked on wilderness campaigns in very conservative communities and as you can imagine, wilderness is not a welcomed topic at a lot of dinner tables in say Wheeler county.

Over time, in forming my own philosophy about how an organization like LandWatch could be most effective, I feel very strongly it is important to have exploratory conversations with people who may not see eye to eye and to learn as much as possible about what is important because that might then shape our own thinking. But at a certain point there are bottom-line values that LandWatch exists to uphold for our community, our stakeholders and our supporters, and we have a finite amount of tools to do that work. I recognize how contentious lawsuits can be, but I also recognize how effective they are.

SW: Tell us about the Habitat Conservation Plan you're working on with the U.S. Fish and Wildlife and the irrigation districts to require minimum flows in the Deschutes River?

BG: The current opportunity is called the Habitat Conservation Plan and essentially the irrigation districts are proposing some conservation measures to Oregon Fish and Wildlife Service. OFWS is evaluating the proposal to see if there is enough water for farmers and for other human uses, while also ensuring that the river gets what it needs to sustain healthy populations of fish. Obviously, the Oregon spotted frog is a big issue [OFWS declared endangered in 2014]. LandWatch got involved because we see this as a what we describe as a once in a lifetime opportunity: Once this plan goes into effect it is in place for 30 years. It's important that the standards the OFWS decides on and agrees to are rigorous enough so that enough water stays in stream year-round to sustain those fish and frog populations while also giving irrigators and the community the water we all need.

SW: Some of the Deschutes County Commissioners are currently in the process of trying to make it easier to develop on farm land. The argument is that the soil is not adequate for growing crops so it should just be developed. Talk a little bit about LandWatch's involvement and position in this debate.

BG: Deschutes County is looking into this right now: They refer to this as non-prime lands and it's not a definition that is part of the current state and local land use system. It would be a new definition based on the soil type and productivity potential for local farm land. When Oregon's land use system was designed, productive lands by definition were those that should be kept for farming because they have the potential to actually allow people to derive a meaningful livelihood form agriculture. In exchange for keeping it farm land, the landowners would get tax breaks. Right now, Deschutes County is questioning whether some of these farms should have some leniency and be considered for other types of development that would run contrary to farming.

LandWatch's position is that the State clearly defines the requirement for what constitutes farmland: It is property that has soil types one through six [meaning it is possible to use it for agriculture]. LandWatch does really understand why there would be a need to create flexibility [for development] when the tax benefits have been in place for so long. There's value in keeping those large farms intact for wildlife and for the general agricultural economy that is so important to Oregon.

To catch the full interview check out the "Bend Don't Break" podcast.