Escaping the North Tower ▶ [with video]

On September 11, 2001, now-Bendite Chuck Allen had to scramble down more than 80 stories and run from plumes of smoke before the nightmare was over

Graphic warning: This story contains some graphic details of the carnage of the September 11 attacks.

When Chuck Allen arrived for work on September 11, 2001, he made the arduous trip to his office in the North Tower of the World Trade Center in Manhattan. It usually took about 10 minutes to get to his office after stepping in the front door, taking the elevators to the sky lobby on floor 78 and transferring to an elevator that had access to his office on the 83rd floor. Allen had started with the company, Lava Trading, eight months earlier, after spending 22 years working in the Middle East. 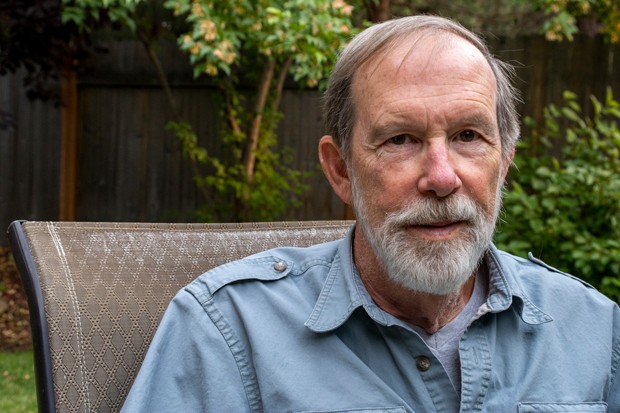 When Allen got to his floor his company's CEO was standing by the elevator, deciding between going to a financial conference at Windows on the World, on the 101st floor, or to visit with client Merrill Lynch. He made the life-saving decision to see the client.

"Well, of course, if he had gone to the Windows on the World, he would have been killed. Nobody, nobody survived above the, probably above the 90th floor," Allen said. "Then he said, 'Look after the company while I'm gone,' something along those lines, which I thought was kind of ironic, considering what happened."

Among the 18 coworkers Allen shared an office with, he was the only one who heard the plane before it hit the tower. In an instant, the impact shook the whole building, people were knocked off their feet, light fixtures were hanging, the glass windows were cracked, with liquids trickling down from above, and Allen could smell fumes from fuel. He watched as debris from the higher floors fell, and, using the narrow window and the Hudson River as orientation points, saw the tower was swaying.

WATCH: Chuck Allen talks about his feelings on the 20th anniversary of the 9/11 attacks, what it's like to visit NYC now, and more:

"My first conscious thought is, 'Oh, the building's going over,' because I could very visually see the swaying against the river line," Allen said. "I couldn't physically feel it, but you could see it."

Allen said he kept a relatively level head in the aftermath. During his 23 years in the Middle East he'd seen several acts of terror.

"I had a friend killed in a hijacking. We lived right across the street from the American Embassy in Kuwait when it was bombed; our windows were all blown out," he said. "You tend to have a more fatalistic attitude, I think, just having lived around that kind of violence."

A fire momentarily stranded the workers in their office, but it eventually cleared and people moved into the hallway. Allen was the last one out, and wondered if he should check any offices, specifically a large office for General Telecom, but figured they had already evacuated.

"The people at General Telecom had called down and actually reached a person at the Port Authority, who had told them stay where you are, emergency personnel will come up and escort you out," Allen said. "They all died. Nobody ever escorted them out."

Allen joined his coworkers and made his way toward an infrequently used stairwell that mostly served as a smoking room for a group of day traders who worked on the floor.

"We join the crowd. Now our floor, empty silence. Quiet. There's no klaxons going off, no flashing lights, none of the stuff that's supposed to happen when a big bad thing like this happens, just quiet. We get into the stairwell; the stairwell is packed. And there were people also with injuries and burns being brought down from further above us. But the thing that really hit me when I hit the stairwell was the fumes," Allen said. "That stairwell was so bad. I mean, I ran marathons and half marathons in those days; I was really, really fit, and I'm looking at all these people, I was thinking to myself, I'm not sure I can breathe this stuff very long."

The fumes seemed to dissipate. People in the stairwell attempted to call loved ones but couldn't with the concrete and steel casing of the stairwell, an oversaturated cell network and the busted antennae that stood on top of the north tower. At about the 30th floor Allen saw firemen going the opposite direction. They eventually made it to Allen's floor, evacuating two bankers who had stayed before moving even higher in the tower.

"Some woman was on 89 and firemen got to her and got her out of there," Allen said. "I cannot tell you—89 floors on a building like that going up is herculean. I mean, it's just staggering. And of course, the firemen never got out themselves, but they got people out."

Allen's group hit a dead end at the bottom of the stairwell. They backtracked to the sky lobby, transferred into a different stairwell and continued their descent. Finally, after over an hour in the stairwells they reach the mezzanine.

“I suddenly kind of heard this background roar, rumbling and vibration, and it didn’t register right away, except what I did notice was odd is all these people were running towards me, I’m looking this way. They’re running towards me.”—Chuck Allen tweet this

"Suddenly there's people and police and shouting. And it was just such a dichotomy because you're going from a relatively slow moving, quiet environment. And now there's chaos and glass everywhere, the mezzanine windows are all broken out. This is the first time we actually start seeing real chaos," Allen said.

Debris and bodies were scattered across the floor, including people who were in the planes when they hit the tower.

"I couldn't understand why they were all wearing the same belt. It just struck me as odd. And I didn't realize actually until later, those were seat belts," Allen said.

Once outside, Allen asked a police officer what happened. He assumed there had been some kind of accident, and didn't know that a second plane had hit the South Tower 17 minutes after the initial attack.

"I've lived around terrorist activities for many years, and it never even occurred to me until that moment when the cop says, 'We think it was terrorism.' And I'm thinking Oh, and, of course, what was I thinking?" he said.

Allen crossed the street and started figuring out where to go from there. He felt a rumble underneath, which he thought was a subway passing underground but was actually the tower collapsing.

"I suddenly heard this background roar, rumbling and vibration, and it didn't register right away, except what I did notice was odd is all these people were running towards me, I'm looking this way. They're running towards me," Allen said. "Now this giant, I mean, humongous cloud of dust is starting to roll through between these buildings across this Plaza area that we're in. And now I'm deciding yes, going the other way is a really good idea."

Allen called his wife and told her he was all right before the second tower fell. She feared the worst after not hearing from him and seeing footage of the attack.

"I finally reached my wife, who had decided I was dead. Because she's seen the pictures on the TV, and there's just a hole and she can't reach me, and she hasn't heard from me. And so, she was actually on the phone with her sister, I think, when I got through, and I told her, 'I'm out of the building. I'm OK. I'll call you when I have a chance,'" he said.

Allen trekked for 3.5 miles to Grand Central Station and was able to catch the only outbound train after the attacks. Afterward, trains, bridges and other buildings closed after a slew of bombing threats shut down Manhattan.

Allen said his first visceral reaction to surviving the attack came weeks later, when watching a news report of how the planes hit the building.

"When you shove the throttles forward and particularly if you're not a very well-trained pilot, the nose goes up. Had he not done that we would have been done," Allen said. "That was the the first time I really had an emotional reaction to the whole thing because I realized we were seconds away from just being obliterated had this guy not shoved the throttles forward." 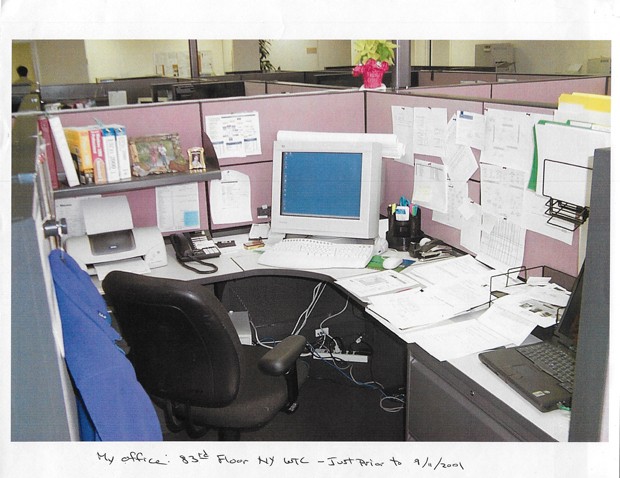 Allen stayed with the company afterward, rebuilding nearly from scratch after the loss of all the infrastructure they relied on, their records and all of their emails. CitiGroup bought the company in 2005, and Allen became the chief technology officer for Citigroup's global equity finance. He retired, and eventually moved to Bend to become the managing director of a company called Soar Oregon, a nonprofit seeking to develop the drone industry in the state. He fell in love with the area and "all the Bend stuff" like biking and skiing.

He said one thing he takes away from surviving 9/11 is to keep moving forward, and not dwell on what's happened in the past.

"I think one of the things that 9/11 did for a lot of us is it inspired a more optimistic mentality. And the only thing that you've got going for you is what's in front of you, not what's behind you," Allen said. "So I think that there's a deeper impact of the events of that day, that aren't really encapsulated in the way we can describe the actual things that happen. Because I think it affects your way of thinking and your way of living on a subconscious level." 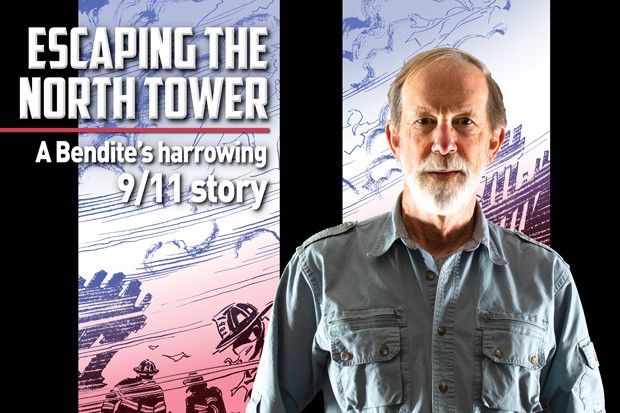