The craft beer craze isn't lost on Redmond, with new breweries popping up about as fast as they do in Bend. The longtime players are still around—Cascade Lakes Brewing Company's 7th Street Brew House still gets a robust lunch crowd—and new players are coming in, fast.

Initiative Brewing is taking over the old Juniper Bank building on 5th Street. Although it's still under renovation, the website is up and it looks like Initiative intends to use the old drive-thru as a covered patio. Its year-round taps include a double India Pale Ale, a stout, a Belgian pale ale, an IPA and a session ale. Seasonal taps are on the menu as well. The food menu is standard pub fare with burgers, appetizers and a kid's menu.

Porter Brewing recently opened its doors on the Eastside of Highway 97 on Jackpine Court. Its beers are 100 percent cask-conditioned and are served at 50 degrees. The pub pours a bitter ale, IPA, an Irish ale, porter and stout—all pumped to the handles by beer engines from the United Kingdom. Bad Boys Barbecue serves food for Porter's customers from its food truck in the parking lot.

Geist Beerworks opened its doors this summer and serves "boutique" beers at its brewery as well as sells kegs to restaurants and bars around Central Oregon. During Christmastime it sold Hookers and Blow, a 12.9 percent alcohol by volume Russian Imperial Stout in limited quantities and Peppermint Daddy Stout. Geist is located near the Redmond Municipal Airport on Southeast Umatilla Avenue. 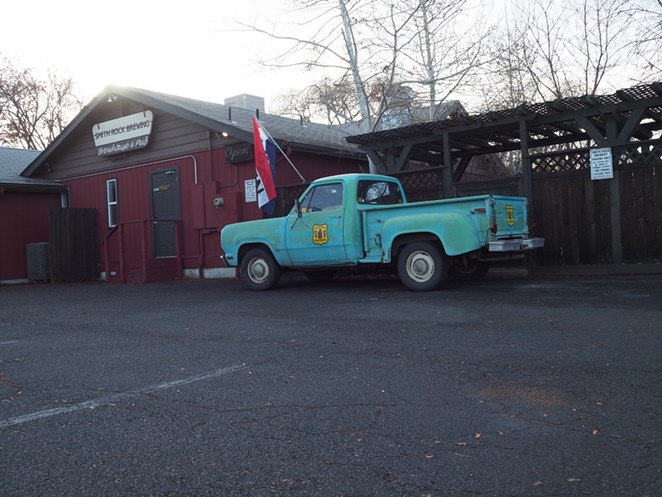 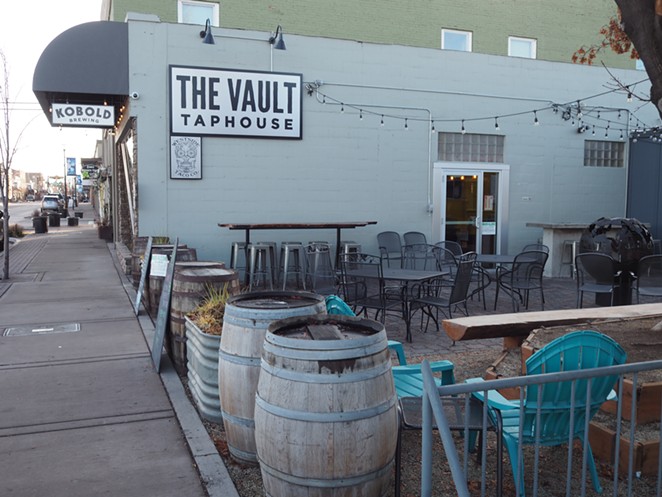 Traveling south on Sixth Street, you can stop at Kobold Brewing and the Vault Taphouse. The bright building serves many different beers including six IPAs, a red ale, a blonde ale, black ale, Scotch ale and many different styles of stouts and porters. Westside Taco Co. and The Wild Bark serve food for customers to nosh on, or you can grab popcorn or a pretzel from the bar.

If a giant patio is your thing, stop by brewery mainstay, Wild Ride Brewing, on 5th Street for one of its many beers. The brewery and taproom look like a giant warehouse, but have comfy patio tables and lots of gas outdoor fireplaces. The tap list is extensive and incudes a red ale, golden ale, amber lager, IPAs, stouts, a peanut butter porter and a wheat beer. Just off the end of the patio sit food carts ranging from The Jerk Kings to Food Fellas. 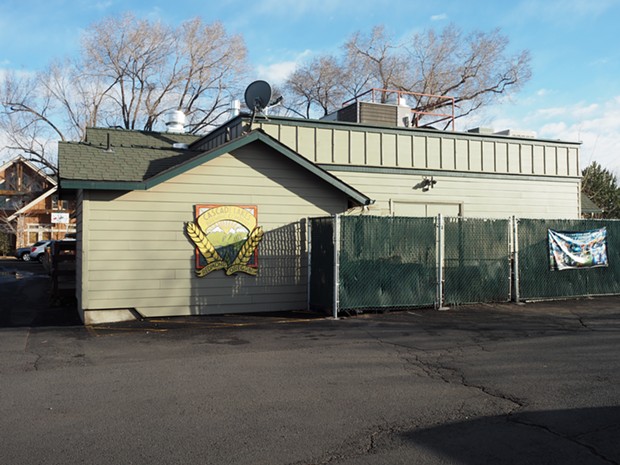 Another mainstay, Cascade Lakes Brewing's original brewhouse on Southwest 7th Street, has been serving beers since the '90s. Its lineup has expanded over the years and includes IPAs, a seasonal salted caramel porter, winter ale and the Blonde Bombshell. Seventh St. has a full bar and pub food—and pizzas to go. The patio's usually open, just make sure to check in before you sit out there in the winter.