Extremists are Winning at Local School Board Meetings. There's One Way to Push Back. | Editorial | Bend | The Source Weekly - Bend, Oregon

Extremists are Winning at Local School Board Meetings. There's One Way to Push Back.

Right now, the throngs packing these meetings nationwide are winning

As this issue goes to press, the board of directors for Bend-La Pine Schools is gathering for yet another school board meeting—this one located at Bend Senior High School, a larger venue for yet another raucous showing from local conservatives chasing a series of boogeymen they believe have infected local schools. School board meetings in this region were once benign affairs that drew little controversy or concern—and even while big issues of comprehensive sex education (or the lack thereof in BLPS), for example, were decided upon in those meetings, they registered barely a blip on most people's radar. Not so anymore.

Over the past year or so, Americans from every corner of the country were galvanized around a renewed sense of social justice and racial reckoning. They rejected a president whose toxic rhetoric was fueling a race to the bottom. They stood up at protests and put signs in their lawns. Locally, they voted in a blue wave of new elected officials. For many, this represented a lot of effort, and for some, all that activity over the past year was enough. The protests have died down. The lawn signs are still present, but gathering dust. 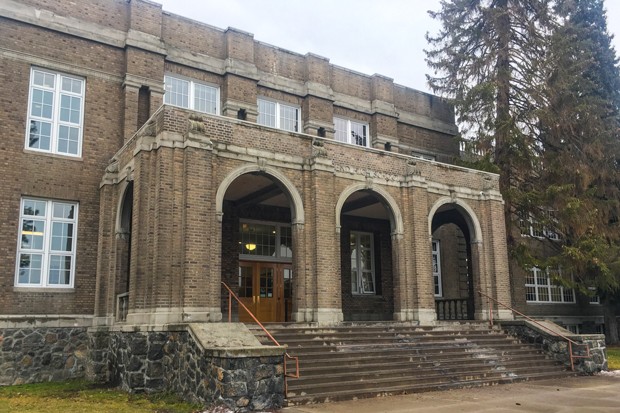 Except that now, with our local school board populated by three people of color—two recently elected—some extreme local conservatives have taken it upon themselves to pack school board meetings and to use these meetings as shouting matches where they can complain about the false assumption that critical race theory is part of the formal curriculum, and that their kids shouldn't have to wear masks at school, even while the Delta variant rages across the land. Some also believe that teaching comprehensive sex ed that includes information about LGBTQ individuals turns kids into deviants. These are their battle cries. They are part of a national push to be the most obnoxious and most toxic versions of themselves in the name of wearing down the middle-of-the-road parents. With their theatrics they have put a spotlight on their fear of seeing three members of a school board represent more diverse backgrounds.

Groups such as the "Moms for Liberty" have cropped up all over the country, advocating for a vague notion of "liberty" that means their kids can say and do whatever they want inside the halls of the public buildings that generations of Americans—Black, White, Asian, Latino and Indigenous, all—have paid to build. These groups want their children to be educated—but only insofar as that education involves nothing that can shape a different way of thinking from their own.

Right now, the throngs packing these meetings nationwide are winning. They're winning because progressives—and even the vast majority of people who occupy the middle—are resting on their laurels, proud of the accomplishments of the past year and imagining the battle is won because Trump lost the election.

There is nothing to be done about this besides picking one's self up off the couch and showing up in numbers, too.

If the roots of this behavior were more shallow, it could have been eradicated by now. But it's in these interim times—these times between elections and between massive public demonstrations—that this type of behavior creeps back in and causes good people, like the ones recently elected to the school board, to vow never to serve in a public office again. Right now, many of the people who put themselves out there and ran for office this last election are regretting their decision—and that's how xenophobia and racism win. Our community is better when it is represented by diverse voices, and knowing that some of these people are being shouted down into future obscurity is tragic.

Bend-La Pine Schools' new Superintendent, Dr. Steve Cook, says he wants to lead from the middle, as he told our sister publication, Bend Nest. But he's new to this community, and by seeing the loud, brash showings at recent school board meetings, he too may begin to believe that what this community wants is not to be led from the middle, but from the side that is loudest at these meetings.

Those who showed up to protests and actions any time over the past year or so should also be showing up now, because an election is only the beginning.