Family Milestones in the U.S. | The Source Weekly - Bend, Oregon

Bend Nest » By The Numbers

Family Milestones in the U.S. 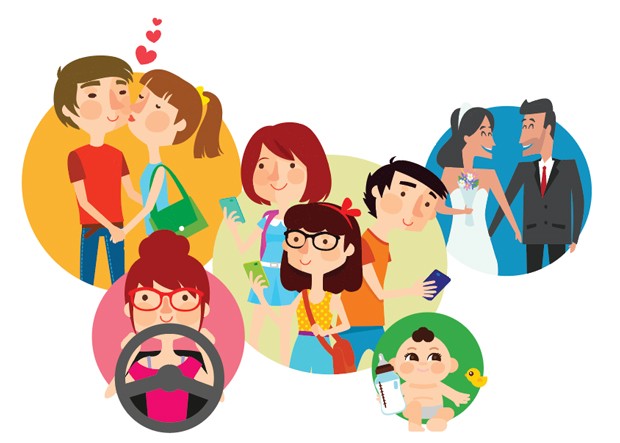 • The average age for a child getting their first smartphone is now 10.3 years. Source: techcrunch.com


• In 2016, 56% of children aged 8 to 18 had their own social media accounts. The average age when initially signing up for the account was 12.6 years. Source: Common Sense Media Census Report

• 11% got a social media account when they were younger than 10. Source: techcrunch.com

• 95% of teens have access to a smartphone, and 45% say they are online "almost constantly"

• Most countries in the world don't allow driving until the age of 18. The youngest drivers in the world can be found in the U.S. with some states allowing 14-year-olds to drive.

• Although dating in adolescence is still common, students in the 8th, 10th, and 12th grades in 2016 were less likely to date than their counterparts in 1991.

• Americans — particularly men — are staying single longer.According to the U.S. Census Bureau, in 2017, the median age at first marriage had reached its highest point on record: 29.5 years for men and 27.4 years for women.

• The average age when women in the U.S. have their first child is now 28.


• U.S. moms have 2.4 children on average — a number that has been fairly stable for two decades.

• The more education a mother has, the fewer children she will have on average in her lifetime.