The Source speaks with Sen. Merkley following his visit to a children's detention center

June 20, 2018
comment
The White House has walked back on its policy that saw thousands of children separated from their parents at the U.S. border—a policy enacted by the same presidential administration this April.


With that policy, Homeland Security Secretary Nielsen and Attorney General Jeff Sessions have said children would be separated from their parents when they cross the border "illegally,"—though according to a report from NBC News, some women have been separated from their kids even when claiming asylum.

The executive order signed today states: "It is also the policy of this Administration to maintain family unity, including by detaining alien families together where appropriate and consistent with law and available resources." 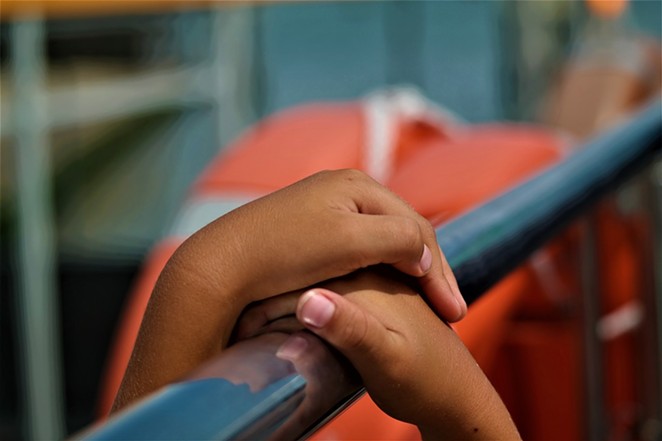 The latest move comes after a national outcry surrounding the administration's "zero tolerance" on illegal immigration, in which adults accused of crossing the border illegally faced criminal charges and were sent to federal prisons to await processing. Their children, meanwhile, have been sent to "processing centers."

The executive order also states, "It is unfortunate that Congress’s failure to act and court orders have put the Administration in the position of separating alien families to effectively enforce the law." The Trump administration has continually called on Congress to act on setting a new legislative policy toward immigration.

On Tuesday, the Source Weekly spoke with Sen. Jeff Merkley (D-OR), who has been among the legislators most vocal about his opposition to the Trump administration's zero tolerance policy. Merkley described the scene at the border crossing near McAllen and Brownsville, Tex., where he says those seeking asylum in the United States were routinely "slow-walked" through a pedestrian checkpoint bridge in grueling heat.

"Two weeks ago Sunday, when I first went, there were dozens of families on this bridge. Some had been there nine, 10, 11, 12 days. Rescue workers were going out to take water to them—they were never let off the bridge and into the point of entry," Merkley told the Source. During his visit this past Sunday, Merkley said there was "nobody on the bridge – like there was nothing to see."
Merkley also met with families who were detained at the border after seeking asylum. The Senator said he met with a young mother and her 65-day-old daughter, born en route from Honduras to the U.S. According to Merkley, her family had obtained a loan from a private bank in Honduras—which the woman reported works in close connection with drug cartels. When the family couldn't repay the loan, the bank made a death threat against her, and the woman's uncle was killed, she reported to Merkley.

Merkley told the Source he also visited the children's "processing center" where kids were sorted into what he estimated were 30- by 30-foot cages.

"It’s a horrific feeling. It doesn’t matter how nicely tucked in, the beds made up,
the floor swept," he said.

Merkley also reported meeting with 10 mothers whose kids had been separated from them at the border. None had had access to legal counsel, he said, and didn't know where their kids were or when they would be in court for their asylum hearings.

"This is an abomination and it has to end," Merkley said.

Both  Sen. Ron Wyden (D-OR) and Merkley also visited with detainees Saturday at the federal detention center in Sheridan, Ore., where fathers there also reported not knowing where their kids were located.

This afternoon, Wyden issued a statement in reaction to today's executive order, saying: “Locking families in cages together instead of locking children in cages without their parents marks a minor move from total inhumanity to moral bankruptcy. Children don’t belong behind bars. Trump has made his underlying goals clear: to terrorize innocent refugee families and use them as political pawns to propel a racist agenda. This humanitarian crisis is not over.”