Puts Hemp on Par with Other Crops

Dec. 12 brought historic news for a relatively new and lucrative agricultural market when the House passed the Agricultural Improvement Act of 2018, informally called "the Farm Bill." As a result of the Farm Bill, hemp, the non-psychoactive version of the cannabis plant, will be removed from the Controlled Substances list, and federal law will officially recognize it as a traditional, agricultural crop. The Senate approved the law Dec. 11. 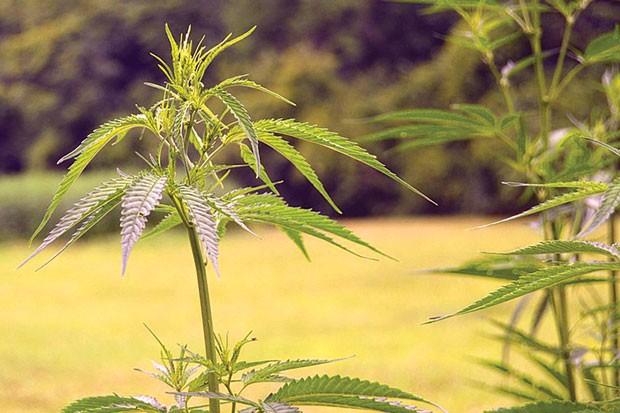 This isn't a huge surprise, and it isn't going to be much of a change for most hemp farmers in the country. Most U.S. states have legalized production of hemp, thanks to the 2014 Farm Bill's authorization for states to launch pilot cultivation programs for hemp farmers, if those states so choose. Hemp and cannabidiol (CBD) distillates are shipped all over the country and the world, as most have taken advantage of this loophole to circumvent federal prohibition of hemp. Though frowned upon by the Drug Enforcement Administration, prosecutions by the federal government have been rare. Essentially, so long as cultivators are in compliance with state law, and they harvested and processed a product that didn't exceed .3 percent THC, they've been left alone.

What the 2018 Farm Bill does is remove any concern that hemp farmers, hemp processors and hemp distributors will face the same banking and tax hurdles that marijuana businesses still face. Until now, cautious hemp farmers (and many cannabis attorneys) felt that Internal Revenue Code Section 280(e), the IRS's restriction on tax deductions for those trafficking in Controlled Substances, still applied to those within the hemp chain of commerce.

In other words, many hemp growers were advised not to deduct the vast majority of business expenses that alfalfa or potato farmers could. Those businesses covered by 280e can only deduct "Cost of Goods Sold" or "COGS" from their gross revenue. Under 280e, the "ordinary and necessary" business expenses that most entrepreneurs deduct from their gross income (depreciation, employee benefits, some salaries, insurance, etc.) would be added back into the gross income of anyone trafficking in marijuana. This drives the effective tax rate up to 70 or 80 percent. The alternative was to hope hemp farms would be exempt from 280e in the eyes of an IRS auditor, or a Federal Tax Court judge, based on the Farm Bill's language. This was quite a legal risk.

Likewise, many hemp farmers feared losing their bank accounts, and for good reason; most banks insured by the Federal Deposit Insurance Corporation flee in terror if they realize a customer is depositing cash from a pot farm, lest the banks lose their federal charter, or worse, become complicit with defendants in a Racketeer Influenced and Corrupt Organizations Act prosecution or lawsuit. In Oregon and Colorado, banks working with marijuana farms were named as co-defendants in RICO civil claims against those marijuana producers. While hemp farms historically have not been the focus of RICO lawsuits or prosecutions, even the potential—due to hemp/CBD being listed on the Controlled Substances list—can cause many banks to deny hemp clients or close their accounts.

With the most recent iteration of the Farm Bill, those fears end for hemp farmers. It's a seminal moment in American history that was decades in the making.

Locally, outdoor hemp farms have been legal in Deschutes County in Exclusive Farm Use zones for several years, and they've faced none of the controversy and political blockades witnessed by marijuana businesses. There is not even any need to apply to the County in order to obtain permission to grow. Even as Sheriff Shane Nelson and some Deschutes rural residents decry the stench of marijuana farms and their impact on livability, they have ignored the fact that hemp smells the same and is almost always grown and harvested outside. Hemp farms are often 30 acres or more. (The maximum-size marijuana canopy is about 1 to 2 acres—all of it indoors.)

Now, even the federal government is telling those outraged neighbors what the farmers themselves wish they could have for four years: We have a right to farm, so deal with it.

The only remaining question is when marijuana farmers—cultivating the same species of plant—get to tell their neighbors the same thing.