Farmworkers often lack protections afforded to most professions. They can be fired for union activity and aren't owed overtime, two protections enshrined in the National Labor Relations Act and the Fair Labor Standards Act. Farms that don't hire more than seven workers in a calendar year are exempt from all FLSA provisions, including minimum wage. Oregon became the eighth state to grant overtime pay to most farmworkers during its short session this year. 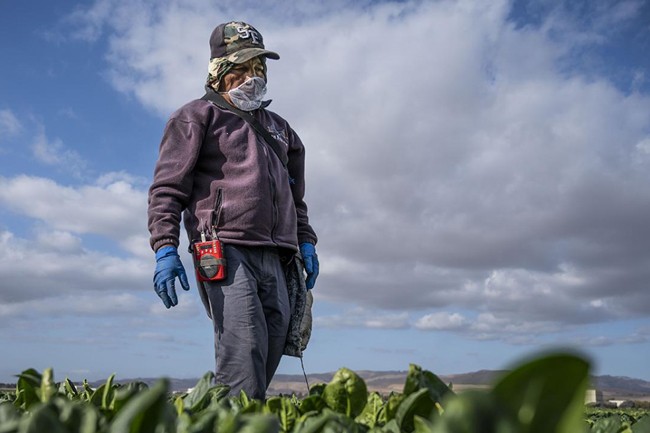 The study, a collaboration between Oregon State University, Portland State University, the University of Oregon, Oregon Health and Science University, the California Institute for Rural Studies and dozens of community care organizations, follows up on a survey conducted between August and September of 2020, and goes into greater depth on the personal experiences farmworkers face. The study documents lack of workforce COVID protections, food insecurity, wage loss, the child care crisis and lack of access to information for medical, social and economic support.

"Over the years that I've taught, I still have to remind people that the way food gets to our table is by people's hands," said Professor Ron Mize, an author of the study, in a press release. "It's hard labor that's really poorly remunerated that keeps our food prices low, keeps our food plentiful, keeps food on our table; and yet we consistently neglect the reality that farmworkers are fundamental to our food system."

Fifty-three percent of those interviewed said they didn't feel protected in the workplace, and just as many said they'd tested positive during the time frame of the interviews. Communicating COVID-era protections often failed to cross the language barrier, especially among the 30% of respondents who are indigenous and speak Mesoamerican languages rather than Spanish.

"If you go home and take the test and you come out positive, well, they do pay you. I said, 'if I stay at home and I don't come out positive, they won't pay me my days that I am going to be home and what am I going to do?' So, I stayed at work and, well, I worked with my precautions. I worked it out in my mind that if I had symptoms or something like that, well, I was going to tell them," said a woman identified by the pseudonym Amelia in the study, a 47-year-old berry harvester.