Ever wonder how far the Source Weekly readership has traveled? As a freelance writer for the Source, I silently inquire to myself about this often—and I have one fun data point to reference: former Bend resident and colleague, Christopher Browning. Our paths crossed a decade ago for several years, after which Browning joined the military and was stationed out of Bremerton, Washington. Since that time, Browning has been a steadfast reader and often reaches out to me from his current posting as a Signal Support Specialist (tech support) with the Washington State Army National Guard in northern Kuwait to discuss articles he peruses from his inbox in the Cascade Reader (the Source Weekly's daily email newsletter). 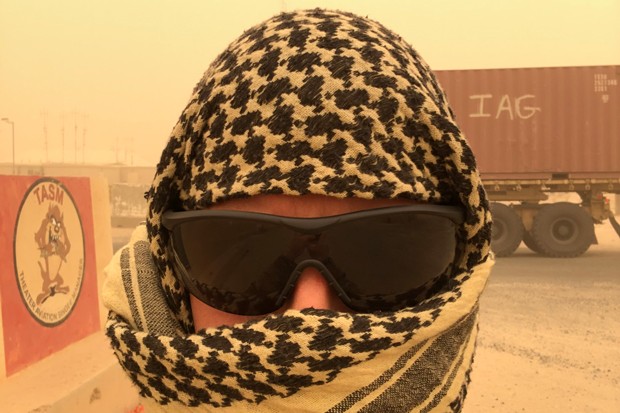 A day in the life of Browning starts at 6:30 am, when he completes what he describes as rank-and-file IT tasks.

"You would be surprised how many Army big-shots lose their minds when the internet goes down or their printer gets jammed," he says. "A lot of my job is run-of-the-mill office work; I answer the phones and send emails. I do a lot of network troubleshooting and I fix a ton of printers. Definitely not the type of work most people associate with soldiers deployed overseas."

If you thought the Central Oregon heat waves were oppressive, try the over-100 degree temps daily—all by 9 am.

"I am in the hottest region of arguably the warmest country in the world, so heat is a huge factor in our operations. The evenings start to cool off ever-so-slightly (still triple-digit heat but we're used to it) so I usually try to get some exercise in. I'll hit the gym or play some basketball or Ultimate Frisbee. Rinse and repeat," Browning recounts.

"Or, in my free time I read the Source, which I have been doing since 2010," reflects Browning. "I remember my roommate and I looking over it one morning and saying, 'it kind of looks like the Eugene Weekly, but cooler.' It was a great way to find out what was going on in town, especially when it came to bands and the music scene. The writers were also locals for the most part, so I really felt they knew what was going on around town and were on the same page as I was." Browning reads weekly online. "When I was on an earlier stent in the Navy, I would read the PDF downloadable version because our internet was such crap."

In regard to his favorite writers, Browning points to the Outside column with K.M.-water-nerd-Collins as a favorite, of course. "I always read Local News and Spotlight. Advice with Amy Alkon is always a hoot. The movie and TV review guys are hilarious. I also like to read about the bands that are stomping through town even if I don't live there anymore. I just like reading about Bend because I love it so much."

During his deployment, Browning has tons of time to muse about the good ol' days in Central Oregon. He's lived in the Sunriver/Bend area off and on since elementary school, then moved "to town" when he was in his early 20s. "I left Bend in 2014. But my parents still live in the Sunriver area so I visit whenever I can. Unfortunately, the last time I was in town was right before COVID started." 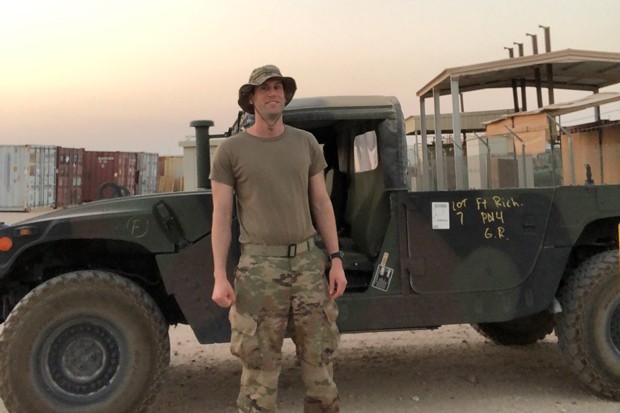 His favorite current event in Bend? "Bend is unaffordable for so many people right now. I think this is the big issue everyone talks about. The housing prices... so high... everything expensive. But it's true. The cost of living is higher in Bend than in many parts of Portland or even Seattle, which are both outrageously expensive cities," Browning said. "But at least in those cities you are being compensated for the higher costs of living. I had planned to move back to town a few years ago, after I had left the Navy, but there weren't really any good paying jobs available. It would have been impossible for me to buy a home. There is a big community of vets in town and I know a lot of people, but it just did not make a whole lot of sense for myself at the time."

Browning, as a former writer and Bendite, wants to leave readers on this note: "Maybe a little soap-boxy, but here it goes," he says. "Our local National Guard and Reserve units should be fighting forest fires in the Northwest. That should be our primary mission. Remember those massive fires last year in Oregon? The largest ones ever, where we didn't see the sun for a week? The helicopters that are normally used to fight those mega fires were on the other side of the world at the time. That's all I am going to say about it."