Fear and Loathing of the Marijuana Business is Unjustified

On this joyous and holiest of 420 holidays (well, it's April 20 as I type this), it's incumbent on those who believe prohibition to be a mistake to prove to our neighbors that they have little to fear from the growth of the cannabis industry. 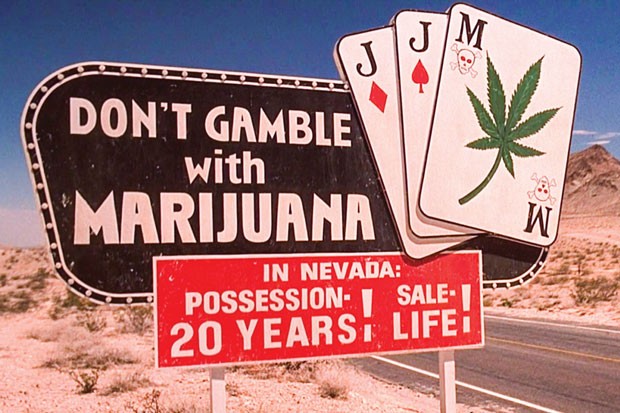 Anecdotally, police officers will often tell you that dealing with people high on marijuana is a heckuva lot less likely to turn violent than dealing with drunken bar patrons. You can quantify this further if you take a sample of 911 calls to a given area known more for the presence of alcohol, and compare it to a sample taken from, say, a marijuana dispensary.

Mike Hayes, the owner of Miracle Greens in Bend, did just that. Using public information from the Deschutes 911 Services District, Hayes took the number of 911 reports to the Cannabis Nation dispensary location in Sunriver and compared them to 911 calls from Tumalo Tavern and The Bite in Tumalo. From June 2018 (Cannabis Nation's opening) to the present, there were 35 calls from Tumalo Tavern, 37 from The Bite—and a mere five 911 calls from Cannabis Nation. Hayes gathered this data as part of his effort to get his Tumalo dispensary approved by the Deschutes County Board of Commissioners, and as a rebuttal to Tumalo residents worried about adding a "criminal element" to their community.

That marijuana businesses do little harm to their surrounding community should've been pretty easy to guess. What's been harder to predict is the degree to which our communities (and our laws) have been harmful to the marijuana business. Our own county commissioners have devised some of the toughest land-use regulations in the state, and our own county sheriff demonizes marijuana at full volume whenever he catches sight of a microphone. At virtually every county hearing on marijuana, you will hear the same unfounded fears and complaints voiced again and again, no matter how much the recreational market in Central Oregon toes the line, and outperforms family eateries in terms of public safety.

Economics are doing the industry no favors, either, with massive marijuana inventory stuck in-state thanks to federal law and panicked state overseers. The Oregon Liquor Control Commission's 2019 Recreational Marijuana Supply and Demand Legislative Report put it succinctly: "Oregon's unique geography and climate are qualities that have enabled generations of Oregon farmers to produce copious amounts of cannabis." Generations, indeed. Oregon was the first state to decriminalize cannabis in 1973, and we legalized marijuana for medicinal purposes in 1998. That's a lot of flower to trap into a web of regulation, taxation and administration.

With that long history of an unregulated market comes a glut of supply crushing a legal market, driving prices down, and drowning the more than 2,000 legitimate Oregon marijuana licensees in administrative and financial difficulty.

The good news, the OLCC claims in its report, is that this huge supply is proof that the goal of moving black-market players into the daylight of a regulated market has worked. We wouldn't be so overrun with weed, they argue, if everyone who was growing/processing/selling illegally before wasn't now carrying a marijuana worker's permit.

It's pretty much impossible to prove that claim. Many black-market growers may eschew the nonsense of a planning commission meeting for growing as they always have, without oversight, cameras or taxation. Four marijuana licensees were suspended, and two more forced to surrender their licenses forever, as of the OLCC's last news release on April 18. And with more than 2,000 wet metric tons of flower produced between July 2017 and June 2018 (and double that, if the current crop of license applicants are all approved, is predicted for 2018-19), it can seem tough to blame grey-market cheaters for desperately grasping at ways to reduce overhead.