Fellow Councilor Calls for Boddie to Step Down

July 09, 2018
2 comments
Accusations against City Councilor and House 54 candidate, Dr. Nathan Boddie are prompting at least one of his fellow city councilors—and others—to call for him to step down.

On Friday, OPB released a story in which Moey Newbold, a local woman who works for Central Oregon LandWatch, said Boddie groped her at a bar in 2012. 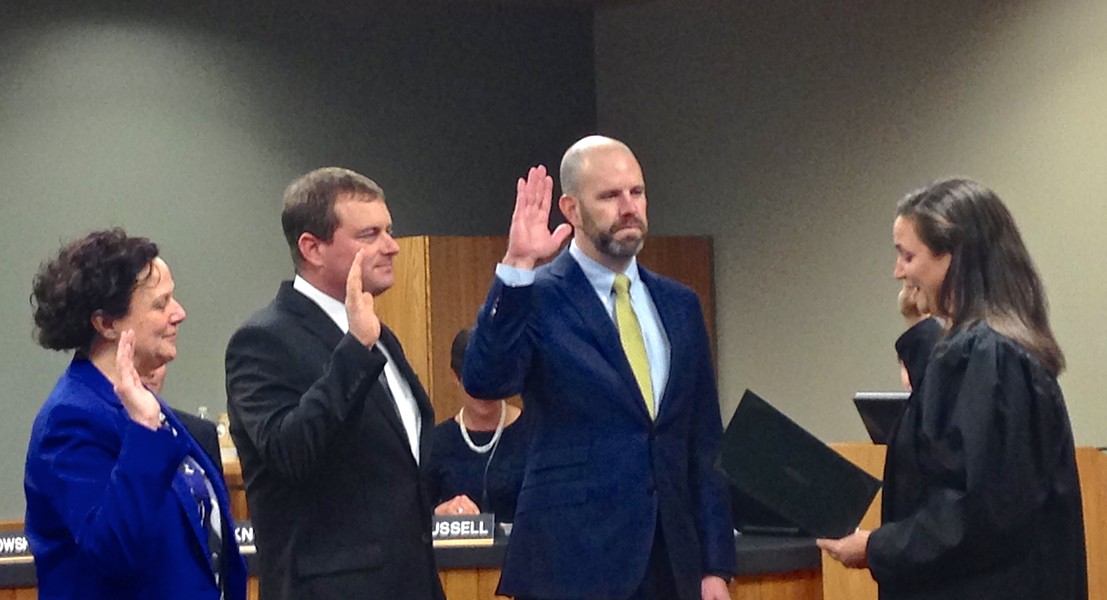 Boddie denied knowledge of that incident—though over the weekend, Newbold's employer, Paul Dewey, confirmed he'd had knowledge of the incident since 2012, and had even spoken with Boddie about it back then. The Source continued to publish statements from Boddie and Newbold over the weekend, including Boddie's response to Newbold that stated Newbold may have been struggling with substance abuse problems at the time of the alleged incident. Newbold stated that was false.

The allegations against Boddie came after FuturePAC, a fundraising committee representing Oregon House Democrats, pulled its support of Boddie last month, accusing him of "using a homophobic slur and promoting the illegal consumption of alcohol."

This morning, City Councilor Sally Russell, who serves alongside Boddie on the council, stated, "The recent personal accounts related by Moey Newbold make clear that Dr. Boddie can no longer remain an effective City Councilor representing Bend, or an effective candidate for HD 54. His effort to impune Ms. Newbold’s character instead of acknowledging his actions is unconscionable, and I applaud her bravery in coming forward with her story. As elected officials, it is our responsibility to encourage an open and transparent dialog regarding an issue like this. Instead, Dr. Boddie has worked to obscure the truth and has shown only defensive excuses in the face of facts. Our community deserves better."

Russell also said she'd be working to create a process for the City of Bend for dealing with complaints like this, and will introduce a new policy requiring city elected and appointed officials to participate in harassment trainings.

"With something this serious, it will be difficult for Dr. Boddie to effectively work with community leaders and his fellow councilors to serve our city. It’s time for Councilor Boddie to resign," Russell wrote in the email sent to the Source this morning.

Meanwhile, other community leaders have also pulled support of Boddie as of Monday.

In a statement emailed to the Source this morning, District Attorney John Hummel said: "Boddie’s public response to Newbold’s allegation was reprehensible and beneath the dignity of a sitting city councilor and candidate for future office. Boddie is entitled to publicly deny the allegation, though his doing so strains credulity. But to trash the reputation of his accuser by sharing with the public what Boddie claims to be Newbold’s medical condition is disgraceful, particularly in light of the fact that Boddie is a physician.

I stand with Moey Newbold and against Nathan Boddie."

In regards to FuturePAC's accusation, Hummel stated, "Future PAC handled this matter in a ham-handed fashion and should immediately release the details of the allegations against Boddie so that voters and the entire public can judge their significance for themselves. As a prosecutor, I know that the details matter in cases like this.

Moey Newbold’s allegation on the other hand was clear, detailed, and moving."

Boddie is the Democratic candidate for the Oregon House 54 race, a position currently held by Rep. Knute Buehler (R-Bend).

The Source reached out to Boddie again this morning to address several perceived inconsistencies in the last statement received from him, but has yet to receive a response.