Fighting for Their Rights

Songwriters battle for royalties, sometimes clashing with the artists who sing their songs 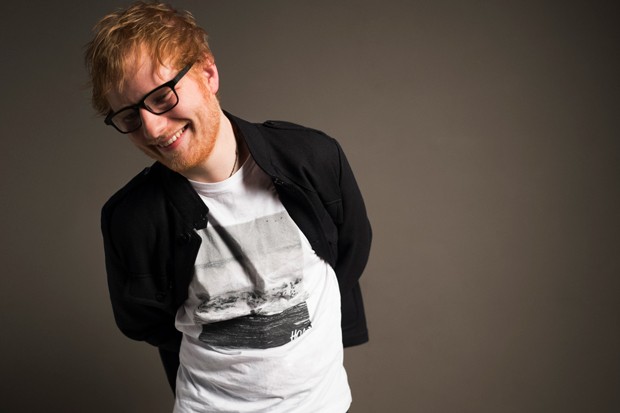 Arguably one of the most maudlin songs in pop music history, Barry Manilow's "I Write the Songs," has consistently ranked high on critics' "Top 10 Songs That Make Us Cringe" lists. With its melodramatic vocals, orchestrated arrangement, and pretentious lyrics about conspiring with "The Muse" to make the whole world sing, it's hard not to agree.

Ironically enough, it wasn't Manilow who wrote "I Write the Songs."

The credit for that goes to Bruce Johnston, a longtime member of the Beach Boys. In what turned out to be a win-win situation, Manilow got a No. 1 hit that would sell three million copies. Johnston, meanwhile, earned a 1976 Song of the Year Grammy, as well as a steady stream of songwriting royalties generated by Manilow and the countless other artists who've covered it since.

But before you go signing up for that online "How to Write a Hit Single" course, bear in mind that professional songwriters, more often than not, are finding themselves at the bottom of the music industry food chain. As proof, consider the growing number of recording artists who have begun demanding as much as 50% of the publishing royalties on songs they had no part in writing.

Recently, a group of songwriters called attention to this unsavory practice with an online call to action called The Pact.

"This body of songwriters," the songwriters pledge, "will not give publishing or songwriting credit to anyone who did not create or change the lyric or melody or otherwise contribute to the composition without a reasonably equivalent/meaningful exchange for all the writers on the song."

Among The Pact's signatories are Emily Warren, Ross Golan, Justin Tranter, Victoria Monet and several other heavyweight songwriters. Their names may not be familiar, but their hits definitely are.

Warren, for example, co-wrote Dua Lipa's "Don't Start Now" and "New Rules," as well as the Chainsmokers' "Don't Let Me Down," each of which has been streamed more than a billion times on Spotify. Yet, as recently as last year, a major recording artist used what Warren calls "bully tactics and threats" in an attempt to get her to surrender a substantial portion of her songwriting royalties.

"I'm down to stand my ground," Warren recently told Rolling Stone magazine, "but if I can't say no at my position, then baby writers with less leverage have no shot."

While these sorts of cutthroat tactics go back to the beginning of the recording industry, they've traditionally been associated with sleazy music moguls who don't even sing the songs, much less write them. Morris Levy, an industry power-broker with reputed mob ties who made a fortune swindling songwriters, was famous for his line "You want royalties, go to England."

Which is not to say that the creative community has always been one big happy family. Rock stars are famous for suing each other, and often for good reason.

The Rolling Stones took The Verve's Richard Ashcroft to court for "Bittersweet Symphony," a Britpop hit that heavily sampled the orchestral intro to "The Last Time," and walked away with two/thirds of the song credit (Jagger/Richards/Ashcroft) and 100% of the money.

Then there's Led Zeppelin, who have been in and out of court for decades, facing copyright infringement charges filed on behalf of artists like Willie Dixon and Howlin' Wolf. Most recently, the band emerged victorious from a drawn-out legal battle with the estate of Spirit leader Randy California, whose 1968 song "Taurus" bears a remarkable similarity to 1971's "Stairway to Heaven," even though Led Zeppelin's Jimmy Page swears he never heard the song until the suit was filed.

And while no one has ever accused Ed Sheeran of originality, he's still raising a few eyebrows with the number of high-profile cases that are being filed against him. Among the most notable are Matt Cardle's claim that Sheeran's "Amazing" was a note-for-note rip-off of his song "Photograph" — a case which was settled out of court — and the Marvin Gaye estate's claim that Sheeran's "Thinking Out Loud" plagiarizes Gaye's "Let's Get It On," an accusation Sheeran lawyers have spent the better part of five years trying to wriggle out of.

And so it goes. The names may change, but the song remains the same. Meanwhile, Pact organizers are continuing their campaign to create unity in a songwriting community that's long been underrepresented.

"I understand we're in a business," said Golan, whose own credits range from Ariana Grande's "Dangerous Woman" to Flo Rida's "My House." "But part of business is not extorting your peers."