More public housing will open over the next year or two, providing a much-needed supply of homes for a growing Central Oregon population that faces rising housing costs and incomes that fail to keep up. 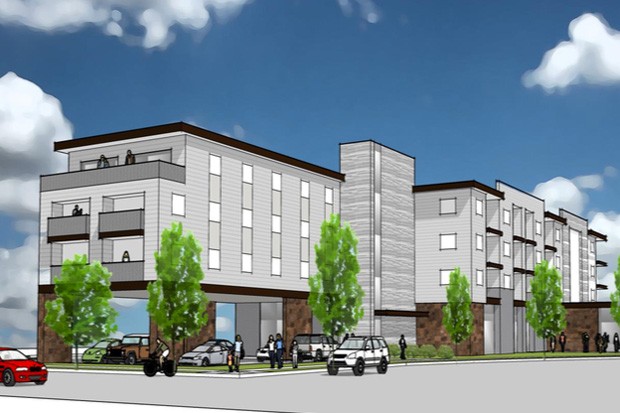 In an annual update to Deschutes County commissioners July 24, David Brandt, executive director of the local public housing authority, Housing Works, described the housing crisis in Central Oregon. Wages have remained flat while rents have doubled since the recession, he said.

Based on calculations of a $10.75-per-hour minimum wage, an affordable rent is around $560, according to Housing Works. But the fair market rent in Deschutes County is $884 for a one-bedroom home and $1,071 for a two-bedroom home. Spending more than 30% of gross income on housing is not affordable, Brandt said, noting that exceeding the 30% mark increases the risk of becoming homeless. (The minimum wage in July increased to $11 in rural counties, $11.25 in other parts of Oregon and $12.50 in the Portland region.)

Rents and housing costs in general have gone up pretty steadily over the last seven or eight years, Brandt said after the meeting. But wages have not.

"Jobs that used to cover the rent no longer do," Brandt said. "We're trying to keep pace."

Other parts of the U.S.—including the Midwest and South—haven't seen the kind of increase in rents that Central Oregon has, Brandt said.

"In the past, wages have done a better job of keeping pace with housing costs," Brandt said.

He likened local area rent run-ups to those seen in Portland, Oregon, and California, noting that housing costs here started to run up fast in the early 2000s.

"The last seven or eight years have gotten really bad," he said.

Brandt noted that as the community's population grows, so does the low-income population. Housing Works has long waiting lists for units; three to four people apply for every available unit.

"We really need more," he said of affordable housing.

The agency looks for reasonably priced land, with the greatest need in Bend and Redmond.

"We're running out of land," he said.

The agency uses a lottery system for all units—taking applications from those who qualify for two to three days and requiring people to apply in person at the housing site where they're applying.

To watch for application openings or join waiting lists, visit housing-works.org or the property management entity for the agency at epicpropertymgmt.com.

Housing Works projects coming to the region over the next year or two include:

• Liberty Lodge – Construction just started on an eight-unit facility in Redmond, set aside for tenants with disabilities, to open in December

• Carnelian Place – a 47-unit building for senior citizens in Bend. Construction could start in early spring 2020 and units could open starting at the end of 2020 or early 2021

• Phoenix Crossing – a 24-unit building with half the units set aside for those with developmental disabilities and the other half set aside for survivors of domestic violence. Construction could start in early spring 2020 and units could open starting at the end of 2020 or early 2021