There’s no doubt about it... times, they are a changin’.

As a community, most have abided by social distancing guidelines, doing our best to adapt to the “new normal” for almost two months now.

While there is an undeniable air of uncertainty and fear that has not yet dissipated, some Central Oregon locals have been taking advantage of these unprecedented times, doing what they can to find the silver lining. From building duck mansions and taking up painting to getting sober and golfing with the kids, here are how some community members have benefited from quarantine, and actively made the most of an otherwise scary situation.

Taking on a fourth, and fifth, "child"

Sara Walker, a Sunriver local and mom of three, has focused her free time on raising a “fourth child,” and has truly learned the importance of… ducks. 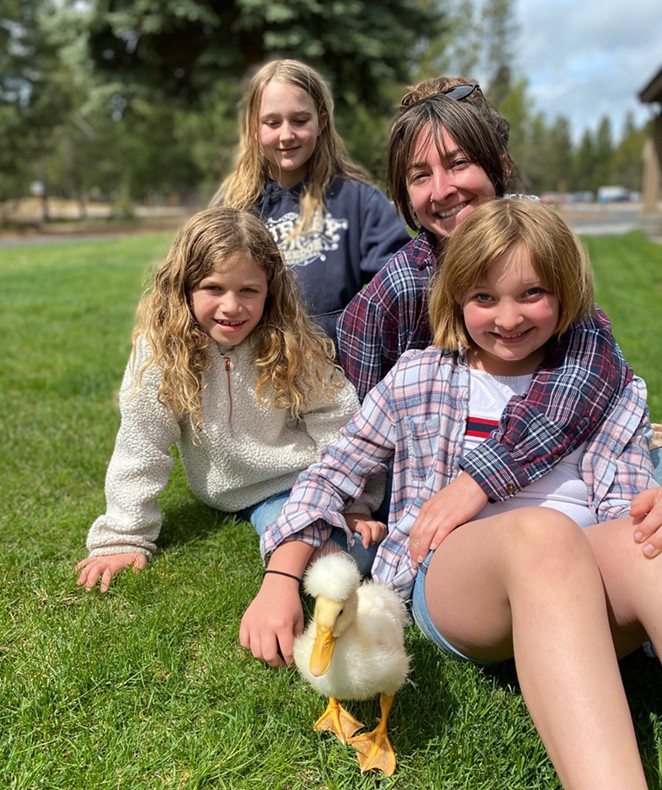 “Everyone should have a duck,” she shared during an interview with the Source. “Actually, everyone needs two ducks, because the first duck will need a friend. In all honesty, getting ducks has been a rewarding pandemic project. 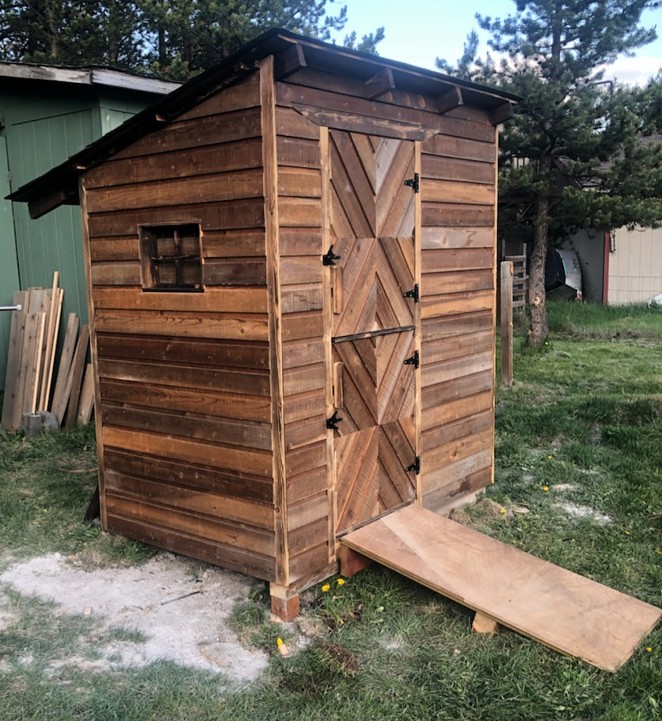 They’ve been completely consuming my time, but in a good way. Our first duck, Miss Quackers, she just follows me around all day while I garden and work on other household projects. I can safely say that if it wasn’t for the current state of things I never would’ve gotten the opportunity to understand the immense joys of duck ownership. My husband built an incredible and somewhat excessive house for the ducks in the backyard. My children love them, we love them; it’s given us all something to do.”


Some locals made major life decisions right before social distancing orders were put into place—decisions like getting sober. tweet this

Some locals made major life decisions right before social distancing orders were put into place—decisions like getting sober. Levon Alldredge, a 28-year-old, two-time Afghanistan war veteran, chose a difficult time to abandon a life-threatening addiction.

“Getting and staying sober during quarantine is a uniquely challenging endeavor,” he explained. “With work slowing down, being cooped up in your own space and being unable to visit friends or attend meetings, it's easy for isolation and boredom to become operatives of temptation. But there is a major upside. A lot of sobriety resources that people rely on are being forced to adapt to the digital age, opening access in a way we've never seen before. Sober people are hosting Zoom meetings you can attend from anywhere that has an internet connection. It’s truly fascinating to hear stories about sobriety from Manchester, UK, to Hong Kong, to Mumbai, India! The point is, even in quarantine, there is hope and help for people still suffering from addiction to drugs or alcohol. Stay safe, stay healthy, stay alive out there!”

Alldredge noted that although maintaining newfound sobriety during quarantine was not always easy, the virtual and constantly accessible recovery resources will make staying sober easier for those who may have certain limitations. “I foresee these developments lasting,” he concluded.

A single mother, Stephanie Von Ayden noticed that being quarantined allowed her the opportunity to bond with her 8-year-old son, Lucian. “I started spending so much time really learning about my own son! I started picking up on things I had no idea I was missing when it came to his learning habits, and I learned how insanely creative he could be. I also learned a lot about myself. I tend to stay really creative within my life with theater and makeup, but I've recently explored painting again. I taught myself to paint, and it turns out that sitting down and expressing myself through that medium was really beneficial. I’m a lot more creative than I had anticipated!”

After getting stuck in New Jersey after a canceled business trip, Bend local Michael Daidone decided to focus his time on bettering himself in almost every way possible.

“I had actually planned on getting healthier and focusing more on myself, so as weird as this has been, it turned out to be a real blessing,” Daidone explained. “I’ve been exercising daily rather than eating microwavable burritos in bed all the time. I haven’t had a healthy routine like this in years, maybe in like 6 or 7 years. I make a healthy breakfast first thing in the morning, exercise for a couple of hours and read. Today is day 70 of no alcohol, and I seriously feel amazing. My life doesn’t feel diluted. I don’t feel anxious; I feel clear-headed. I think what I want to do next is pick up an instrument and try my hand at songwriting.” 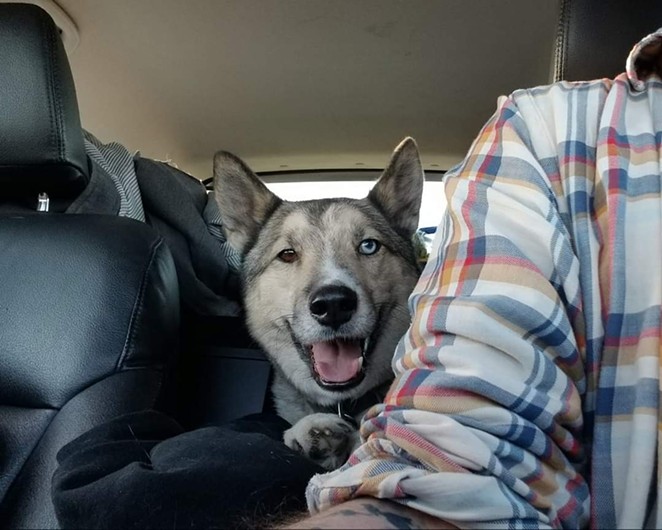 He noted that returning to Bend might inspire temptation, but that continuing these healthy habits was now higher on his list of priorities than spending hours at his favorite local dive bar.

“I think the biggest and most important part of all of this is continuing these habits once I return to Bend. But it shouldn’t be too hard. I've reprioritized what’s important to me. I was so busy day-to-day that I forgot to take care of myself. I wasn’t being introspective. I’m going to adjust my schedule when I get back, and only ‘let loose’ at special social gatherings. It’s just so easy to throw caution to the wind and say, ‘Eh, I want to have fun, screw it.’ I’ll have to work hard to keep my priorities in check.”

Daidone concluded that while the break has been beneficial, there are certain things about returning that he’s looking forward to. “One thing I do really miss are the dispensaries. The way New Jersey does things… it’s archaic.”


Back to the good ol' days

Melinda Rees Jahn, a local realtor with The Hobi Jahn Group, explained that being in quarantine has felt like “being back in the 70s.” She noted that the slowdown had allowed her the opportunity to spend more time with her family and develop lasting, healthy habits. “It’s been really nice spending time with my daughter, time that we might not have otherwise had, considering she’s 17. In addition to spending more time with my family, it’s been really cool seeing everyone slow down… I see families walking down the streets, little kids riding their bikes which is just so sweet. I’ve been meeting neighbors that I never knew I had!” 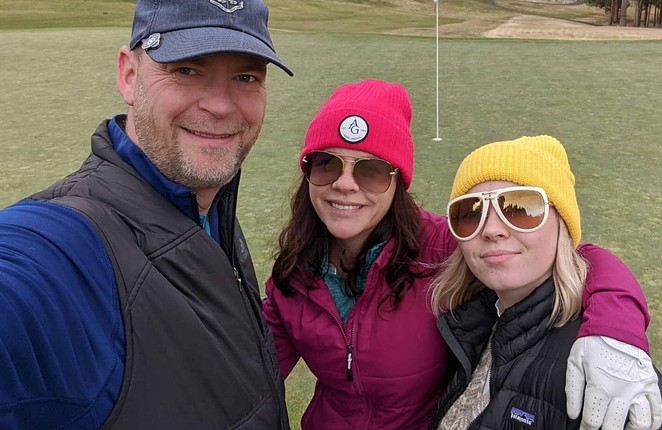 Jahn has also been honing some personal skills. “Stepping back from everything, I realized how much money I had been spending on eating out, going out for drinks with friends. I’ve been seriously honing my bartending skills. I do enjoy a nice cocktail. I’ve also built out a little yoga studio on my patio; I was able to create a beautiful space because I actually had the time to do so. Once things start to normalize, I’ll still take time to slow down and enjoy that space I created.”