Finding the Will to Live | Culture Features | Bend | The Source Weekly - Bend, Oregon

Finding the Will to Live

For one Eugene-based comedian, speaking out about suicide led to a book dedicated to men's mental health

In the U.S., one person dies by suicide every 11 minutes, reports the Centers for Disease Control and Prevention.

Frank King, "The Mental Health Comedian," has been familiar with suicide from an early age, having found his great-aunt after she killed herself when he was just four years old. 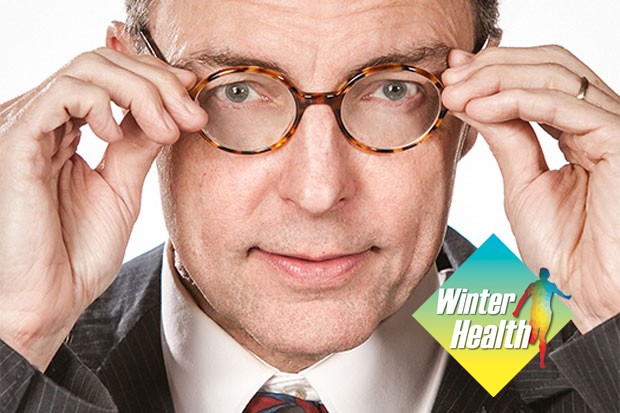 Later, when he filed for bankruptcy in 2010, he felt a crushing and overwhelming sense of hopelessness.

"I took out a $1 million life insurance policy," he explained. "But I had to wait two months until I could kill myself." Fortunately, those two months of self-reflection made a world of difference.

After reading Judy Carter's book, "The Message of You: Turning Your Life Into a Money Making Career," King began sharing his message professionally, using "comedy to captivate crowds." During his first TedX Talk in 2014, King "came out" as suicidal and depressed. He quickly realized that there was a dire need for this conversation, based on the response he received from attendees. Scouring local bookstores, however, King and his colleagues could find no books related to men and mental health.

On March 1, King is co-releasing a book on men's mental health, conceptualized and partially written by Sarah W. Gaer, a suicide prevention specialist for first responders (who lost three friends to suicide in a three-year period), and co-written by Sally Spencer-Thomas, a psychologist and professional mental health speaker (who lost her brother to suicide in 2004).

“Because of toxic masculinity and what most men learn from an early age, ‘big boys don’t cry,’ they’re far less likely to take care of health concerns than their female counterparts.”—Frank King tweet this

The book, titled "Guts, Grit & the Grind," features a collection of stories and strategies written for men by men. "It relates men's mental health to taking care of a car," explained King. "What do you do when you're in the midst of a car breakdown? You call for help. You go to a mechanic. Same concept applies."

"Mental health is stigmatized across the board, but there's a separate stigma attached to suicide," King said. "Especially when it comes to men. Men are killing themselves at a higher rate than ever before. Because of toxic masculinity and what most men learn from an early age, 'big boys don't cry,' they're far less likely to take care of health concerns than their female counterparts. Men aren't prone to thinking, 'I'm depressed.' Eight out of 10 suicides in the U.S. are completed by men aged 45-54." He explained that construction workers have the highest rate of suicide than any other occupation, largely due to the 'tough guy' mentality. "They self-medicate when they're sad," he said. "They drink, they use drugs... they aren't prone to seeking help."

Several organizations have been established to make sharing and seeking support more acceptable. The Men's Shed Association, for example—which lists an Oregon chapter based in Portland—gives men a safe space to open up with one another while engaging in traditionally male activities, like building things and talking shop. The goal is to combat the social isolation and resulting feelings of depression so common amongst middle-aged men. "It's been found that if men aren't looking one another in the eye, they'll talk about anything," King added. "When men are engaged in some activity together, like a dart tournament, they tend to be more forthcoming about things that are important. They're more likely to accept advice from another man.

"After I realized that I was making an impact on people's lives—actually helping them—I thought, 'Well shoot, now I can't kill myself.' There might be someone at a presentation that hears what I have to say, and thinks 'Wow, I'm really not alone, and I can overcome this.' If I killed myself, those people wouldn't have the hope they have otherwise. I couldn't die knowing that," King said.