Fines for the Unmasked

Bend City Council puts teeth to the governor's mask orders, with fines for those not in compliance 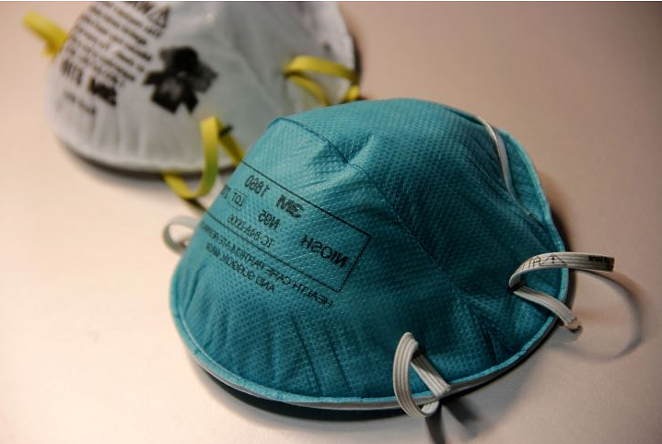 The fines would range from $100 for the first violation to $500 for the third and the order will stay in effect until Deschutes county enters into Phase Three or Gov. Kate Brown lifts the current mask order. City councilors also re-instated the “strong advisory” against travel to Bend through Labor Day, and asked city staff to begin working on some stricter regulations for hotels and short-term rentals.

Russell said the Council is also evaluating the possibility of providing masks to visitors in Bend, and specifically in the crowded areas of the Deschutes River, like Riverbend Park. tweet this
“Most people are following the mask regulation, whether that is visitors or locals,” said Mayor Sally Russell at a press briefing after the city council meeting. “For some local businesses, it is awkward to manage those who are endangering people in our community. This order sends a message: ‘You need to wear your face covering.’”

Interim Bend Police Chief Paul Kansky weighed with some data the BPD collected on Wednesday: It called 25 businesses, and 100% of them said they weren't having issues with non-compliance.

"So far I can't find a call yet where a downtown business has called and said 'we've asked a person to leave for refusing to comply with the governor's order, so please come,'" Kansky said. "If we get that call, we're going to come. We'll be right there."

Bend City Council voted 4-3 in favor of mask enforcement with Justin Livingston, Bill Moseley and Chris Piper voting against it.

Russell said the Council is also evaluating the possibility of providing masks to visitors in Bend, and specifically in the crowded areas of the Deschutes River, like Riverbend Park.

The level of enforcement will depend on who's available among local police officers, and what's going on when a problem with an unmasked person arises, Russell said.

For the new lodging regulations, councilors directed city staff to research  lodging regulations in other parts of the U.S. Eventually, hotels and short-term rentals may be required to notify their guests of social distancing and mask measures before and during their stay, and ask them to confirm they have not tested positive for COVID-19 in the last 14 days. The Council declined to pursue quarantine requirements for visitors (as some other states have done) because Gov. Kate Brown’s team is considering travel restrictions for people traveling within the state and for people traveling to Oregon from other states, Russell explained. The new rules might also require a 48 gap between different parties in hotel or short-term rental rooms, and require lodging properties to provide protective equipment for its employees.

“As we get closer to the fall and the start of the school year, there will be more of these quick decisions,” Russell said. “The safety of our residents, the economic stability of our businesses and their employees… these are huge and high priorities for every single councilor. We are here to support you.”


Editor's note: This story is developing. The Source reached out to the Bend Police department for more details about how enforcement might play out in the City of Bend. We'll update as more information becomes available.