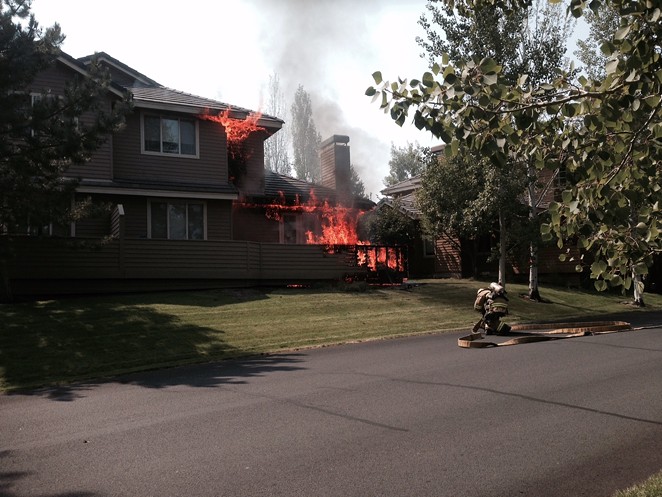 Bend firefighters responded to a fire in the Broken Top neighborhood this afternoon. The blaze, which was climbing up the side of the duplex at  61701 Bridge Creek Rd., damaged the exterior of the unit, according to Battalion  Chief David Howe. The exact cause of the fire is still under investigation

"The Bend Fire Department reminds the community that we are under Extreme Fire conditions, and everyone is advised to exercise the greatest caution and care with any source of ignition," Howe said in a release. "It is likely that we will remain in Extreme for the foreseeable future."

"Due to the extreme fire danger, we are asking the community to voluntarily stop having any recreational/warming/campfires until conditions approve," Deputy Fire Marshal Cindy Ketterling said in a release. "Again, this is not a 'ban,' as our burning regulations do permit recreational fires year-round (provided the burn regulations are followed), but we are asking for voluntary compliance because of the continued hot, dry, and windy conditions."