July 18, 2018
1 comment
It was only a matter of time before fire season went into full beast mode in Oregon—and that moment is now.

"The wildfire season has escalated in Oregon much earlier normal, and crews are working around the clock to keep homes and resources safe," Brown's July 18 statement said. "Given drought conditions and hotter than usual temperatures, Oregonians should be prepared for an intense wildfire season this year. I'm committed to making state resources available to ensure crews have the resources they need, and I also urge the public to be mindful of fire restrictions and use caution this summer to help keep Oregon green." 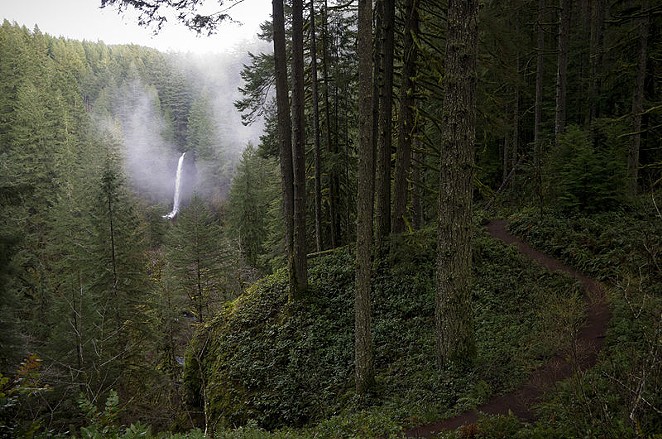 Current fires around the state include the Silver Creek Fire burning near Silverton, which was 65 percent contained as of Wednesday. Investigators say lightning started that fire as far back as June 18—though no one reported seeing smoke until July 12, according to the Oregon Parks and Recreation Department. The fires are not affecting visitors to Silver Falls State Park, though some trails have been evacuated.

Another fire, the 1,300-acre Cemetery Fire that started July 16 near Prineville, was 20 percent contained as of Wednesday afternoon, according to the Central Oregon Interagency Dispatch Center. Officials believe lightning caused that fire, too.

Meanwhile, officials say a handful of fires currently burning in Southern Oregon were also caused by lightning moving through the area July 15.