Fire Season off to an Early Start

May 09, 2019
comment
About 3:30pm on May 8, the Deschutes County Sheriff’s Office gave people in the Lazy River subdivision north of La Pine a Level 3 (go now) evacuation notice, due to a quick-moving brush fire that started from a backyard debris burn. 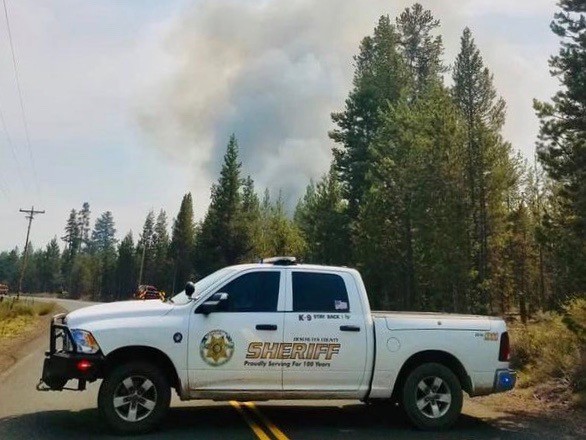 The fire burned about 12 acres and destroyed one home, but no people were injured, according to the DCSO.

The Oregon Department of Forestry wrote on its website that the unseasonably warm, dry conditions over the past week increase the risk of fire growth at a more rapid rate that ODF has seen so far this spring.

The road closure on Bridge Drive at Otter Drive was reopened as of 7:30pm on May 8 and the evacuation notice was lowered to Level 1 (be ready), according to a release from the DCSO.

People that need to remove yard debris from their property can take advantage of free drop offs this weekend at the Knott Landfill, on the west side of Bend on Skyliners Road just past Miller Elementary School or in La Pine on May 17 and 18 at the South Transfer Station.

The Oregon Department of Forestry says fires should never be left unattended—including burn barrels, debris burns and campfires. People should have at the ready fire tools such as a shovel, hose or water bucket. ODF said if people burned debris earlier this year, to revisit the area and make sure the pile or remnant is cool to the touch.

Landowners who are found to be negligent while burning may be held responsible for suppression costs as well as citations, according to ODF.