FireOnyx is set to Thrill

Parallel 44's founder Gabe Johnson is stepping even more out into the music scene with the release party of his solo debut album "FireOnyx" at the Volcanic Theatre Pub. 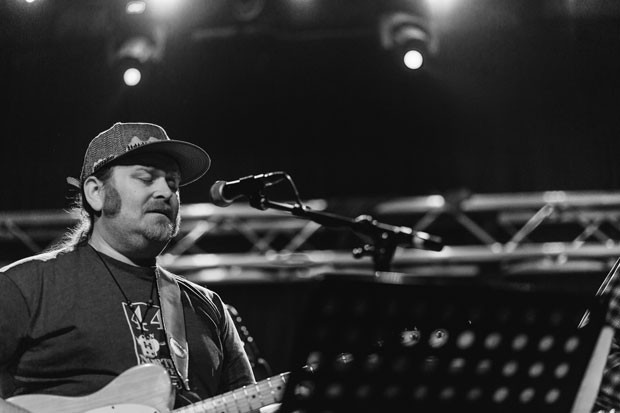 Self-produced by Brother Gabe himself, alongside Steve Swatkins – whom Johnson says is a "gentleman in the truest sense" – "FireOnyx" is a combination of soul, funk and a lot of other good vibes. It comes inspired from some of music's greats, like Steely Dan and D'Angelo's "Voodoo." Through the 15 tracks you're given a good variety of flavors: groovy basslines, a killer assortment of drums, and some very fun rapping. With a long run in the music industry, Johnson says that this recording process was "liberating," and he was able to learn new things along the way that he hadn't had to do in previous recording processes.

"The first day of tracking I bawled," says Johnson of how positive this experience was.

More of this feeling came in the form of feedback from others in the music industry, all of whom Johnson respects and trusts. A lot of love has been put into this project even before recording started back in April. "We had to do it in three different stretches," Johnson says about the duration of recording. "As a promoter, a parent and a husband, I couldn't just go away to the studio for long periods of time."

As for the release party, the night is set to be filled with that same positivity. Along with a co-billing of Gabe and the Swatkins Positive Agenda, they will also be joined on stage by other performers such as Ze Rox, Tyrone Hendrix and Andre Zapata, to name a few. This comradery built through recording will be very present on stage that night.

The first 25 who bought tickets will receive a free signed copy of the album. The following 25 will still receive a CD, and everyone else who attends will get 50 percent off a physical copy of "FireOnyx" ($5) or you can opt in for a digital download code. The album is also available for streaming on Apple Music.