Corbin Gentzler Smoke from the fires can be seen from Bend. 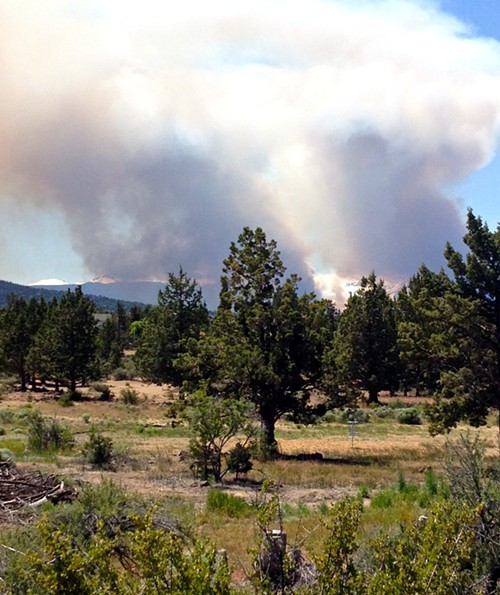 KTVZ is reporting that wildfires have broken out near Tumalor Reservoir. According to the station:

One fire was said to be due west of the end of Tumalo Reservoir Road, which turns into Bull Flat Road and dead-ends at the north-south Brooks-Scanlon Logging Road (also called Forest Service Road 4606).

The fires reportedly were burning on Cascade Timberlands property and were not reported to be threatening any structures, though residents on some nearby roads were advised of the fire and to be ready to evacuate later if they got closer.

Have you been impacted by the fires? Let us know.