This Friday, some of the small businesses that bring personality, culture and soul to towns and cities across Oregon may get the chance to reopen. Stores including art galleries, jewelry shops and boutiques, along with local restaurants, barber shops, gyms and many “non-essential” businesses may be able to begin to welcome customers, after surviving nearly two months with little to no revenue.

Whether our region will enter Phase One depends on approval from Gov. Kate Brown’s office and the Oregon Health Authority. So will they give Deschutes County their stamp of approval?

We’ll find out Wednesday, said Annette Liebe, Central Oregon regional coordinator for the governor’s office during a presentation hosted by the Bend Chamber of Commerce Monday.

What that means: It's likely that after Friday, Central Oregonians can get a hair-cut, sit inside their favorite restaurant or return to the gym or yoga studio. Businesses won't open all at once, and some may require specific approval from city officials as they accommodate the governor’s new regulations.

Local business owners now have a mountain of information to sort through from the city, county and state. We’ve gathered most of what you need to know, and compiled a list of links and resources.


What will open and when?


As the community begins to reopen the economy, the success of this region relies on the delicate dance of both saving local businesses while containing the spread of COVID-19. Provided that the Governor's office approves local counties' plans to reopen, the “non-essential” businesses that have been closed during quarantine that may open Friday include:
Those who work in office environments and have been able to work from home, can remain at home for now. Even during Phase Two—likely weeks or even months ahead—work in offices will be optional. 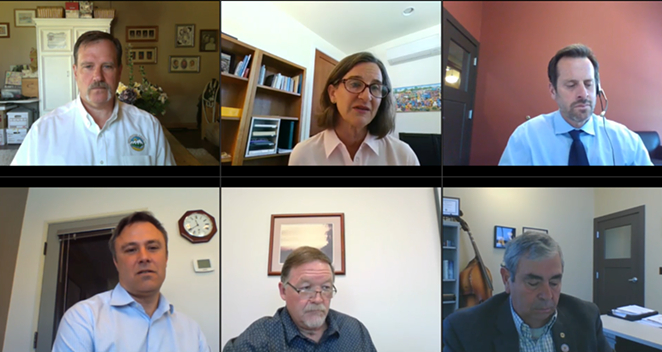 
Deschutes County commissioners and staff worked on the Deschutes County Reopening Plan that Commissioner Patti Adair hand delivered to the governor’s office on Thursday. The detailed proposal had to demonstrate that the region met a number of prerequisites, which included:

While the county has shouldered much of the burden in terms of interaction with the governor’s office, local leaders in Bend and Redmond have been working collaboratively to establish support systems for local businesses.


One thing both cities are grappling with is how to acknowledge and support businesses in the tourism sector during the coming months, when non-essential travel will be low or non-existent. 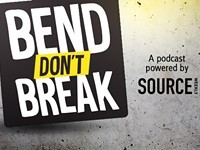 Redmond City Manager Keith Witcosky talked to the Source May 6 as part of our weekly “Bend Don’t Break” podcast series to discuss leadership during a crisis. When asked about the tourism economy in Redmond, Witcosky said that during normal times, 1,500 people pass through Redmond Airport every day. Since the crisis hit, that number has shrunk to 100.

The airport, which is part of the City of Redmond’s budget, will receive $8.9 million in aid from the U.S. Department of Transportation’s Federal Aviation Administration as part of the Coronavirus Aid, Relief, and Economic Security (CARES) Act Airport Grant Program.

The airport is one of Redmond’s strongest economic drivers, Witcosky said. The anti-tourism sentiment hasn’t been particularly loud coming from the Redmond community, he said.

“If you look at the isolationism, and how it begins to play out… the last time I checked, most people move here at some point and time,” Witcosky said. “We’re all human beings whether we’re in this region, this state, this county, the world. Most people out there talk about how we can solve this together… But the question about ‘Will someone come in from the outside and infect us,” It’s one of those downward spirals you might see in a movie.”

The Deschutes County commissioners decided last week that they will let the county’s prohibition on short-term rental stays expire after May 15, so after Friday, anyone in the county can rent their property without fines. On May 6, the Bend City Council ratified the City’s administrative order strongly discouraging recreational travel to Bend through July. The state ban on non-essential travel is still in effect and it will not be lifted during Phase One.

Restaurants—which are a large piece of the tourism economy—will begin to reopen after Friday. Some restaurants will have to evaluate whether it's worth it to open under the Phase One guidelines, which limit seating and may require additional safety training for employees.

Redmond Mayor George Endicott said he hoped the group of city leaders will develop a system of guidelines to help restaurants in the area and communicate these clearly to restaurant owners.

“I hope [the guidelines] don’t continue too much to be a moving target for these business…,” Endicott said during a press conference May 8. “There’s a lot that goes into trying to re-open, let’s not change the goal posts too much.”


“We know that childcare is really important for employees who want to get back to work, and childcare business are really struggling right now just to stay alive,” said Bend Mayor Sally Russell Friday.

The Bend City Council, along with the Deschutes County commissioners, voted last week to each support a $50,000 payment ($100,000 total) to NeighborImpact to provide emergency childcare centers in the area.

Bend City Manager Eric King said the City of Bend has established a new program to support area businesses as they begin Phase One or continue to try to survive while remaining closed. (See below for links and the support line.) According to Ben Hemson, the City of Bend business advocate, the group is made up of staff from the economic development department along with people from fire, permitting, streets, and accessibility.

“My message to business owners so far has been, ‘review the guidelines from the governor’s office [see links below] and then reach out to us to discuss what changes can be made to help you reopen,’” Hemson told the Source in an email. “I’m hoping we’ll find out what help a business needs to get open and will be able to sign off on any changes and get them up and running ASAP.”


Is there a chance businesses will close again?

Deschutes County Commissioner Tony DeBone explained that Gov. Brown has established metrics for re-imposing restrictions. These include a county’s inability to keep up with contact tracing, evidence of an increase of 5% in COVID-19 cases over a seven-day period and evidence of an increasing burden on the hospital over the course of a week.

DeBone is hopeful that the region won’t have to move backwards.

“We’re setting up the culture of living in this environment,” he said. “There’s a new virus out there without a vaccine or medication… we may be in this for the next year, year and a half… It is going to have to be the culture of everybody, every citizen is going to have to take some personal responsibility… This is an unknown generational health emergency that we’re living in at this time.”


Resources for Businesses and Sole Proprietors

City of Bend Coronavirus Business Resources
Help line: 541.323.7151
Staff from the City of Bend's Economic Development department are standing by to take your questions about how to reopen your business safely


Governor's Guidelines for each type of business