Women, whiskey hunters and how to get out of your liquor rut 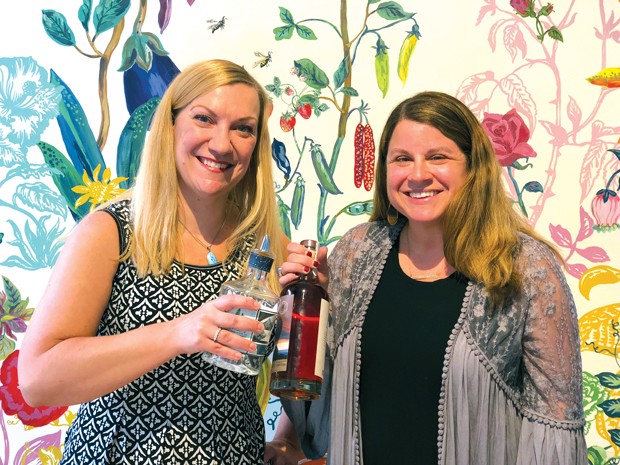 There was a time when all the liquor stores in Bend were owned by men. That was a year and a half ago.

Cogen had known Holmberg for years because she co-owned a store next to his, Postal Connections. She met Holmberg for breakfast once a month for six years, so over time she learned a lot about his business. When Holmberg decided to retire, "He came to me and said if you are interested chat with Belinda (store manager)." Even though Cogan wanted to buy the store, it wasn't that simple.

A liquor store is appraised, and the sale price is set by the Oregon Liquor Control Commission. The price is non-negotiable. Anyone interested in purchasing an existing liquor store has to complete an application, submit a business plan and go through the interview process with the OLCC. When the Bend South Liquor Store was for sale there were two weeks where anyone could apply to purchase the store.

When Cogan took over the store she said the interior, "looked like 1990," the year the store opened. She wanted to create a store where she would like to shop, so she did a full remodel.

And then there were two.

Angela Chisum, who recently opened Trailhead Liquor, noticed what Cogan was doing. Chisum said, "If I didn't see Allison being successful and content, it wouldn't have been on my radar at all," to own a liquor store. Chisum applied last year when the OLCC was accepting applications for new retail liquor store locations for central and northeast Oregon, submitting a 27-page business plan, including her proposed location in the new retail development on Robal Road. She said, "I did a lot of Google research and talked to Allison." She had to prove she could afford to own a store and that she had the business savvy to be successful. Months went by after she submitted her application. Then she got an interview. Chisum said, "Every step of the way you are ranked and then the final ranking is determined by the commission."

In addition to Chisum's approval to open Trailhead Liquor, the OLCC approved a liquor store inside Newport Avenue Market and Mid-Town Liquor Beer and Wine on Third Street in Bend.

Both Cogan and Chisum agree on what they love about owning their own stores. "I love being with customers more than anything," said Chisum.

Cogan agreed, "I like interacting with customers and creating an experience for them."

Cogan coined a term for one type of patron, calling them "whiskey hunters." They're people searching for rare whiskeys or scotches with hard-to-find bottlings or limited releases, like the elusive Pappy Van Winkle. "I have a list of people I notify when I get new items," said Cogan. Since each store receives different inventory, Chisum has also met a few whiskey hunters in the short time she's had her store open. And that bottle of Pappy Van Winkle? When Cogan gets one, she has a lottery to pick a winner.

When I'm shopping for something new, the shelves upon shelves of bottles can be overwhelming. If it's more expensive, will it taste better? Do I pick a bottle because it has a great design? Do I buy local? I don't want to drop $20, $30 or more only to find out I don't really dig the product. "Go to different bars and try drinks," recommended Cogan, "or order a shot or taste of something, especially if it is an expensive bottle." Both Cogan and Chisum said their stores have tastings from different distilleries all the time. The easiest way to find out when each store has tastings: follow them on social media.