Do try this marathon at home 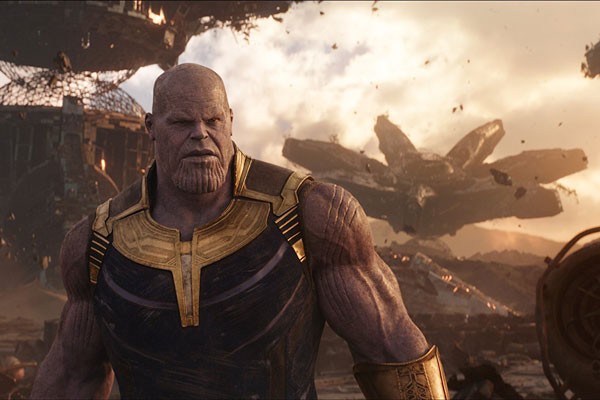 A theater in Portland was going to do a marathon of all the Marvel Cinematic Universe movies, leading into the opening of "The Avengers: Infinity War." I was excited to sit in a theater for close to 42 hours straight and mainline Marvel while forgoing showers, decent food and the love of a good woman.

The theater canceled the event, but the idea was too good to pass up, so I did the marathon in my living room—with the added benefit of a shower, slightly better food and my cat, who loves me more than he should. Here are my notes on the 18 movies. Things got a little weird.

8:00am: It's amazing how good RDJ is as Tony Stark. The Marvel Cinematic Universe wouldn't have exploded like it did without him.

9:36: Favreau directed the hell out of this. Sets the tone for the MCU beautifully.

9:50: Jeff Bridges is a great villain, but the finale of two robots fighting is a little underwhelming after the fun and originality of the first two acts.

10:07: It's so weird they do the entire origin story over the opening credits. Good choice though. Origin stories are the pits.

10:10: Ugh. Ed Norton watches "The Incredible Hulk" on TV! What does that even mean? Did they make a show about his life? Is it a parallel universe?

11:10: William Hurt is so good at playing smug self-righteousness.

12:30: Butt getting sore. Nothing is happening.

1:30: Rhodey basically steals War Machine for the military. Surprised Stark is still friends with him after that.

4:20: Hemsworth and Hiddleston were great but this was forgettable. Ooh, it's 4:20, time for a safety meeting.

6:55: Such a weird opening. Start with someone better than SHIELD agents.

7:55: I wonder if ScarJo would answer a fan letter.

8:19: Hulk owns everything he's in, yet they can't make a good Hulk movie. Senseless.

9:00: This movie is still great. Most of it stands up really well.

11:40: Go outside for fresh air. Smoke a cigarette because irony is lost on me.

4:10: Pinned to my chair for every minute. A perfect movie.

4:15: I should write ScarJo that fan letter.

2:15: Great villain. Wish I could hug Tony. Did I write ScarJo a fan letter?

Midnight: Woke up to my cat partially eating me.

1:00: I should write Michael Keaton a fan letter.

2:00: Everyone is charming. I wish high school was this adorable.

4:00: Hemsworth really grew into the role.

5:30: What a sad ending for how funny the movie was. I should call my mom.

3:15: That movie is almost perfect except for some bad CG at the end. BATTLE RHINOS.

10:52: The credits roll and the audience becomes reverent. Not a peep.

11:00: This is much darker than I expected. Kids are crying. This is like "Game of Thrones" but for kids.

11:30: Spellbinding. Ten years and 18 movies have led to this, and it's basically perfect. All the character interactions we want are there. Wanna know what a conversation between Thor and Rocket looks like? Or Spider-Man and Dr. Strange? This is everything.

Midnight: Brutal. Thanos is not screwing around. Perfect villain. It's basically his movie.

1:15: Kids crying everywhere. Damn you, Marvel. This transcended everything I expected from it, basically becoming the most epic film ever made. There are things in this never attempted in a move before.

1:30am: We won't get an ending until May of 2019. This is the first half of what's basically the season finale of the MCU. The cliffhanger is vicious. Thank you, Marvel. You stuck the landing. Hard. Maybe I should buy tickets for tomorrow while I'm here.