Flee Infestation & Mop! In The Name Of Love

Disturbingly, I've had two close female friends "ghost" me in five months. I've known each for 15 years. (They don't know each other, and one lives out of state.) I've tried repeatedly to contact each, asking "Did I do anything to hurt or offend you?" No response. I just want the truth so I can move on. 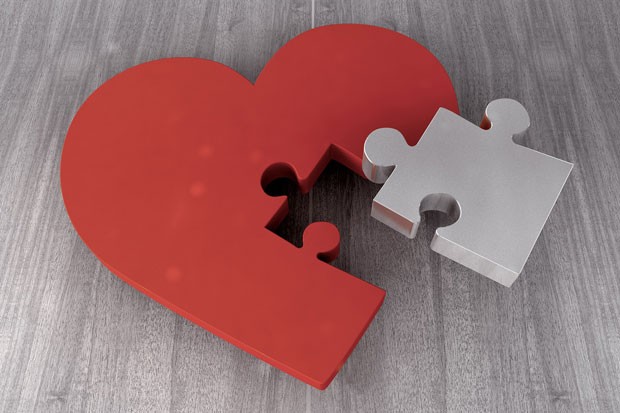 There comes a time when you wish someone would treat you with a little more kindness, like by screaming out all the reasons you deserve to be left for dead and have your face eaten off by raccoons.

Even more painful than being dumped by a friend is being dumped by a friend and having no idea why. Lingering questions we can't answer are mental weevils. Their fave food is our peace of mind, which they gnaw through at random moments. In scientific terms, psychologist Bluma Zeigarnik found that when we have unfinished business, the mind remains in a "state of tension" until we get closure.

Questions that are both unanswered and unanswerable eat away at us because of the way our memory is engineered. Psychologist Robert Bjork explains that we encode information into memory by first taking it in, then taking a break from it, and later going back and retrieving it. Each "retrieval" is a "learning event," burnishing the info more deeply into memory. So, each time you pull up this unanswerable question, "Why did these friends ditch me?" you move it a seat or two closer to the front row of your consciousness.

To shove it back to the crappier seats, consider the apparent function of nagging questions: pushing us to figure things out. (We can't learn from our mistakes unless we know what they were.) Though "Why did they ditch me?" will likely remain a mystery, there are constructive questions you can answer, like, "Am I generally a good friend? Are there ways I fell short?"

Also consider whether you have shared values. We like to believe this is the basis of our friendships. However, I love the finding by psychologist Mitja Back that we tend to form friendships through "mere proximity" — like being next-door neighbors — though we'll congratulate ourselves for "choosing" so wisely...well, until we find out who they voted for.

Another way to cut the spin cycle is imagining a plausible reason each disappeared on you (like clashing values) and accepting it as THE reason. Psychologist Elizabeth Loftus finds that recalling an event we were told about but didn't actually experience can implant it in memory, turning it into an experience we swear we had. So, the more you reflect on the plausible reason, the more it might pass for the actual one.

Finally, you could try to make peace with the mystery. When "Why did they ditch me?" swings around, have a stock answer at the ready: "Hey, self, remember I've decided to accept that I just can't know, and I'm good with that." Comforting as it would be to finally get answers, sometimes the kindest thing you can do for yourself is not only give up hope but crush it, burn it in a trash can, and then flush its ashes down the toilet.

Mop! In The Name Of Love

Why are men okay with living in gross conditions? The guy I started dating is a sweetheart, but his place is absolutely disgusting (including the kitchen and bathroom). He doesn't even notice it. Why do women seem to have a higher standard for cleanliness than men?

Science suggests you're right in observing that men, generally speaking, are less disturbed by gross living conditions. Study after study finds higher "disgust sensitivity" in women, meaning women tend to be more icked out by signs of pathogens — bacteria and microorganisms — and indications of possible infection or disease.

Evolutionary psychologist Diana Fleischman explains that women have faced recurring issues over evolutionary history that may have led to "heightened pathogen disgust sensitivity." These include women's temporary declines in immunity during the menstrual cycle and pregnancy. "Women also must protect children and infants who are vulnerable (to) disease." Additionally, women are "uniquely able" to pass infections on to their offspring during pregnancy, birth, and breastfeeding.

Let the guy know you're a woman with needs: clean sheets and towels, a clean bathroom and kitchen, and general housekeeping at his place. Suggest options (rather than telling him what to do): He could clean the place himself; however, hiring a cleaning service (especially for the first go-round) might be a good idea. Professionals have vastly higher standards for cleanliness, while he seems to be waiting for a sign to scour the place — like the crud on the coffee table growling at him when he sets down his beer.