Friends of the Bend Libraries lost its home and books, but comes back with new digs for its annual sale

The late winter that blanketed Bend in snow caused school cancellations and left many buildings with water damage from ice dams and flooding. The Friends of the Bend Library lost about 11,000 books—and its home—when the Deschutes Public Library administrative building on Wall Street flooded from snow melt. 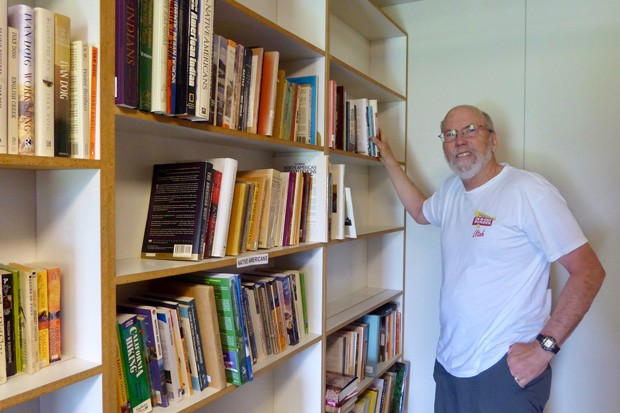 But the Friends of the Library rose from the flood and within about a month, had a new building to store its books. Within about a three-month period, it had gathered about 14,000 books, donated for its book sale happening July 20 and 21.

According to Toby Bayard, co-chair of Friends of the Bend Libraries Book Sales, in early April the group inked a deal with Bend-La Pine Schools to use a modular building on the grounds of Ponderosa Elementary School. The group took possession of the building June 20, and as of July 12, when the Source checked it out, the shelves were full of books and boxes ready to unpack for the upcoming book sale, happening on the school grounds.

Friends of the Bend Libraries started in 1980. The all-volunteer group does two book sales a year, with 100% of the proceeds going to improve the literacy and library services offered by Bend public libraries.

According to Bayard, book sales average about $20,000 a year.

"The money goes to literacy programs, the summer reading program, e-books that people check out and the general fund for the purchasing of books," Bayard said.

FOBL also donates duplicate books to prisons and ships some off to coastal communities in need, according to co-chair Bill Borthwick.

Kathy Blake, whose 91-year-old mother, Kay Coyner, has volunteered with the organization since its inception, said the group has inhabited some of Bend's more interesting places over the years.

Blake said the group started out in an attic, then a motel and the Quonset hut off Northeast Onley on First Street. 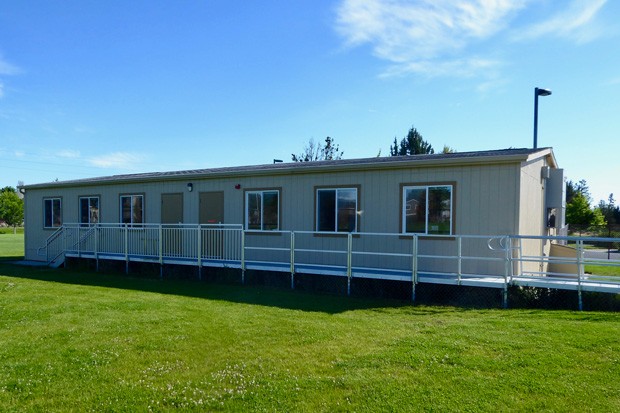 "There were five of us, with no heat and no restrooms," Blake told the Source, while sitting in the Friends' new digs at Ponderosa.

Old-school Bendites might remember the Fourth of July fireworks display at Drake Park. Blake said they used to set up a giant tent in the park for their book sales. One year, a rain storm damaged the tent. Then, all the volunteers who knew how to erect the tent went away, so remaining group members had to find a new place for the sale.

Bayard said after this year's snow-related calamity, the community came out en masse. Other Friends of the Library organizations—including the Prineville, Redmond and Sisters groups—donated thousands of books. Local businesses donated book shelves and lumber for stabilizing the shelves. Since the new space can't have any holes in the walls, the shelves are stabilized by pieces of wood attached to the top, and local contractors have donated their time.

Bayard said people who have good used books they no longer need can donate them to Friends of the Bend Libraries. Borthwick said the group looks for donations of "good books," and will occasionally go pick up books from people who can't drive or need other assistance.

Starting July 24 from 3:30pm to 5:30pm, people can drop off their books at the Ponderosa Elementary site. Donations run year-round on Wednesdays from 3:30 to 5:30pm and on Saturdays from 10am to 2pm.

People looking for books, including children's, classics, cooking, western and many DVDs and audio books, can shop the sale, which starts at 9am July 20 for FOBL members. Then it's open to the public from 10:30am to 4pm; then on July 21 from noon to 4pm for a half-price sale.

Friends of the Bend Libraries has 22 volunteers—and an average age of 70, according to Bayard. Borthwick said volunteers are always welcome. Those who volunteer for a day can go home with a new (used) book.