Wondering whom you're with?

At my boyfriend's recent high school alumni gathering, it came to light that he had bullied a student (holding his head in the toilet, etc.). We've been together for almost two years and have discussed marriage. However, I'm truly unsettled that he was capable of committing such awful acts. It makes me feel that I no longer truly know who he is. He claims he's an entirely different person and could never do such a thing today. How much weight should I give this? 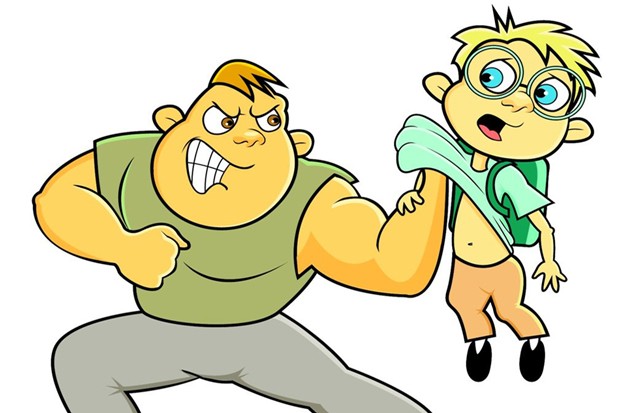 Comforting sayings like "The meek will inherit the earth" (as in, "Someday, you'll be Elon Musk!") are of little comfort while the meek are being given swirlies in the girls' bathroom.

You're wondering whom you're with: the good man you were considering marrying or the aging version of a teenage tyrant who made the little guy his personal kickball. Figuring that out starts with diving into the psychology of a bully. Unfortunately, our current understanding of bullying is based on flawed and incomplete research, which is likely why many bullying interventions fail and sometimes even make things worse for the bullied.

Psychologist Dan Olweus' widely used (but problematically incomplete) definition of bullying is: "aggressive ... intentional 'harm-doing'" in an interpersonal situation where there's "an imbalance of power," meaning a stronger person goes after a weaker one.

This definition leaves a vitally important question unasked: what benefit might bullying have for the bully? It seems kind of basic to ask that; unfortunately, most social science research neglects any consideration of our evolved psychology and thus merely describes psychological and behavioral effects.

Evolutionary psychology researchers, on the other hand, look to figure out a behavior's function, current and ancestral: Why do people behave this way now? (What's the benefit?) And why might this behavior have evolved? (How would it have helped ancestral humans survive, mate, and pass on their genes?)

Research finds bullies are rewarded for their verbal and physical beatdowns with increased "access to physical, social, and sexual resources": more perks, greater popularity and social cred, and more chicks (for guys who bully). Bullying is a way to create powerful social alliances (like high school cliques), and there can be an "offense is the best defense" motivation in coming off as a scary bruiser: a keep-away sign to other bullies seeking targets.

Bullying is linked with personality traits reflecting a willingness to exploit others for personal gain. However, personality researcher Brent Roberts, in studying individual differences in personality change, observes that personality traits can be considered "outcomes, not predictors (as they are typically viewed)." Roberts observes that, with age—predominantly from 20 to 40—people show "increased self-confidence, warmth, self-control, and emotional stability": changes that can be driven by an investment in "the social roles tied to one's career, family, and community in young adulthood."

Like Elon Musk, bullied into a hospital bed as a kid (after a gang of boys threw him down a flight of stairs), I was bullied—during the longest stretch of time in the universe: seventh grade. A gaggle of bigger, mostly older girls regularly taunted and physically attacked me. It was humiliating and horrible.

Years later, one of my tormentors saw my column and emailed me and apologized. I was surprised by how much it meant to me. It felt like justice, finally delivered—25 years after the fact. I told her I respected her for coming forward and that I forgave her. And I did—not just for her sake, but so I could finally put it behind me. The teen years are not our most Socratic time, and the fact that it was important to her to take responsibility and apologize gave me some measure of my dignity back.

To figure out who your boyfriend is now, look to his character: Is he kind, generous, and considerate? Or does he have a tendency to exploit people that you've maybe tried to ignore? Even a confirmed high school bully probably isn't holding down co-workers' heads in the toilet, but if he's rotten to "the little people," you should see that as a big "B is for 'Still a bully!'"-emblazoned red flag.

You might discuss this further with him: what he did and why he thinks he engaged in this behavior. Does he express remorse—reflecting a disconnect between who he was then and who he is now? Or does he respond with anger and resentment? You might also suggest he consider apologizing. It takes a special person to do that: one who cares enough about trying to make things right that he'll lay his ego on the line and admit to doing something terribly wrong to another person.