Fly in My Soup Kitchen

As you see it, he's got a charity deficit on his human report card, and you'd like to fix that. 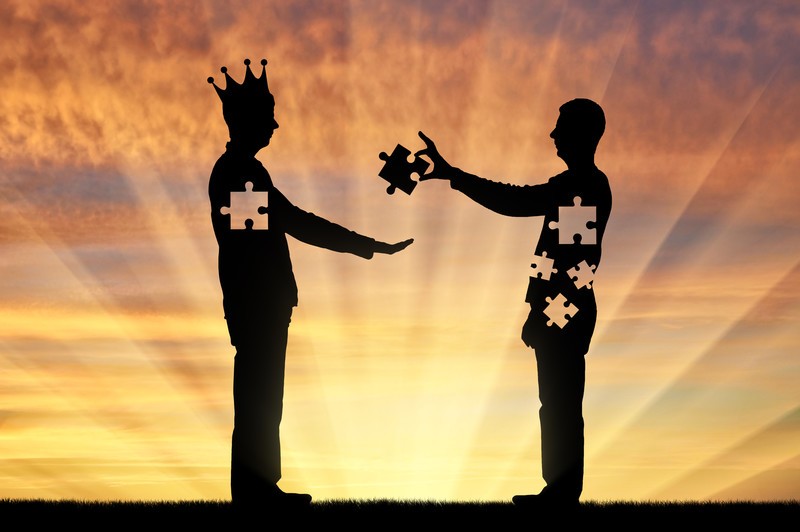 Fly in My Soup Kitchen

I'm a 30-something woman questioning the long-term viability of my relationship. I work for a nonprofit in a community with a high level of volunteerism. My boyfriend is a therapist, so I think he wants to help others. He's kind and thoughtful toward me and his friends. However, he does no volunteer work or charitable giving. He'll sometimes offer a lower rate for people who can't afford therapy, but he'll qualify it by saying he needs to get people talking about him to generate more business. I'm put off that his ego and career advancement are motivating the only signs of charity I see from him.

As you see it, he's got a charity deficit on his human report card, and you'd like to fix that.

Boyfriend: "It's date night. What are we doing, sexy?"

You: "I thought we'd go spear trash in the park."

You, as a person who values charitableness, seem to have a pretty uncharitable view of your boyfriend. You see him as stingy, cash-grubbing, and egocentric simply because his job is a for-profit thing and making money and getting noticed are important to him. The reality is, therapist burnout is a serious concern, because it's emotionally draining to be a big ear for other people's anguish all day long. Meanwhile, sure, you work at a nonprofit, but—just guessing here—you probably spend your days cradling a phone receiver, not dying orphans from the developing world.

It's also important to rethink the notion that those who do volunteer work are giving selflessly—getting nothing in return. In fact, if you're sacrificing for somebody related to you, it benefits your genetic line—possibly helping at least some of the genes you share totter off into the next generation. If the person you're helping is unrelated, you'll likely get reputational props from others witnessing your generosity. And research by psychologist Sonja Lyubomirsky and her colleagues finds that there seems to be considerable feel-good in doing good. Participants in her research who did five acts of kindness in a day (like you surely would while, say, volunteering at a soup kitchen) experienced a big bump in their own happiness.

It's reasonable to want a good, kind, generous partner—but maybe you already have one. Maybe the actual problem here is that you have a rigid idea of what generosity looks like. Be open to understanding where your boyfriend's coming from, which starts with asking him about his values (and sharing yours) instead of guessing and convicting him in absentia.

Also, just because he doesn't take the initiative on volunteer work doesn't mean he's opposed to it. Maybe invite him to join you. He might go just to be with you or to please you. But it's possible he'll find it rewarding and want to go back. If, on the other hand, he's all "Screw poor people!" well, maybe you two don't belong together.

I'm a 34-year-old woman, and I've been with my boyfriend for three years. I've noticed a weird pattern. Guys looking for a fling get MORE interested instead of less when I tell them I'm in a relationship. I don't understand. Even if I were willing to step out on my boyfriend (which I'm not), why would any guy want a cheater?

You're saying: "I have a boyfriend. Get lost." They're hearing: "Cool! I can get sex without the crying, the tampon runs, and the map on the nightstand for the precise placement of each of the 300 throw pillows."

Evolutionary researchers Susan M. Hughes and Marissa Harrison found that women in committed relationships (compared with men) were more likely to reveal their relationship status to a potential hookup partner. They speculate that it "may appeal to a man's evolved psychological preference for short-term mating, which increases his chance of reproduction without commitment."

Of course, men these days aren't consciously looking for "reproduction" with their hookup, but birth control is "evolutionarily novel." In other words, the psychological operating system that's driving all of us today is, shall we say, old-school. It evolved to solve ancestral mating and survival problems, so it's sometimes a bit mismatched with the world we live in today. For example, our genes operate on the principle that having sex—whether it's relationship sex or hit-it-and-quit-it sex—leads to reproduction, not really nice dividends for stockholders of condom companies.

Again, a guy in hookup mode isn't reflecting on these psychological underpinnings. As he sees it, he gets all of the sexytime fun but nobody hands him the usual bill...which is to say there are jobs women give their lover—"Get naked!"—and jobs they give their boyfriend: "Get into this 'Proud Cat Daddy' T-shirt!"