Flying Under the Radar

A Russian-owned aircraft manufacturer based in Bend has thus far avoided sanctions as the U.S. Treasury Department seeks to undermine Russian economic interests

A Bend-based aircraft manufacturer that's owned by a Russian billionaire says they aren't expecting sanctions to impact their business. Epic Aircraft, a manufacturer of speedy single engine small planes, was acquired by Vladislav Filev in 2012.

Filev owns Russia's largest private airline, S7, also called Siberian Airlines, He's been dubbed the "Russian Elon Musk" by Western media after he acquired the Sea Launch Spaceport in 2016. Filev built his fortune buying up and consolidating Russian airlines in the '90s, along with his wife, Natlalia Fileva, who died in a plane crash in Frankfurt in 2019 while flying in an Epic LT kit plane, according to her obituary in The New York Times. The year before her death Forbes ranked Natalia Fileva as Russia's fourth-richest woman. The Filevs' purchase of Epic was their first venture into the aircraft manufacturing market. 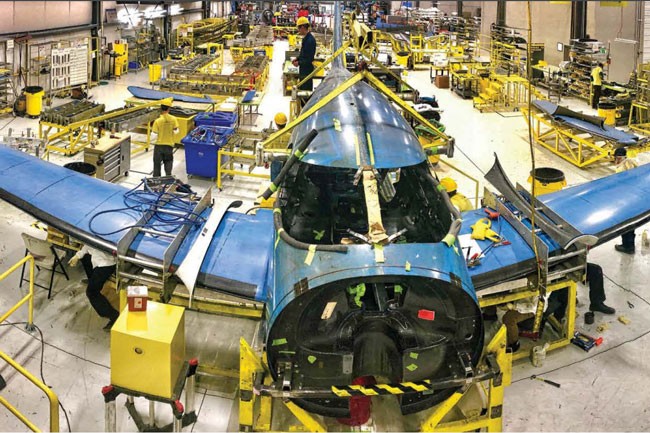 The United States Department of the Treasury announced new sanctions on Feb. 24, targeting Russia's financial system and Russian elites after the nation invaded Ukraine. The sanctions on individuals focused on people with close ties to Russian President Vladimir Putin, Russian defense companies, Russian lawmakers and financial sector elites. Neither Filev nor S7 have been sanctioned since the invasion of Ukraine by Russia, and The Times of London reported that there's no suggestion he's close with Putin.

"The United States consulted closely with partners to tailor the economic costs of these actions to weigh most heavily on the Government of the Russian Federation (GoR) and its economy while mitigating impacts to America and its allies," the USDOT said in a press release.

Epic was founded in Bend in 2004 by then CEO Rick Schrameck, who was removed from the company's board of directors in 2009. The company filed for bankruptcy around that time and was briefly acquired by the Aviation Industry General Aircraft Co. Ltd, a Chinese company and an American partner, LT Builders Group, according to AVWeb, an aviation news source.

“In addition to sanctioning companies in sectors that enable the Kremlin's malign activities, we also plan to take actions to disrupt their critical supply chains.”—Wally Adeyemo tweet this

Filev initially acquired Epic in 2011 under a subsidiary of S7 specializing in aircraft maintenance, repair and overhaul. Epic touted the move would leverage both companies' strengths while introducing the manufacturer to a more global audience.

"It's exciting to be a part of Epic Aircraft's next chapter. Working together with Engineering LLC, Epic will be able to extend our great commitment and dedication to the aircraft manufacturing industry including our customers, employees, vendors and all other stakeholders. This will be a truly significant move for the future of both companies," said Douglas King, CEO of Epic Aircraft, in a press release after the acquisition.

Epic is now owned by MVF Key Investments, a Cyprus-based firm that's owned by Filev and his daughter. Cyprus was long considered a tax haven that targeted Eastern European businesses to incorporate there with low flat corporate tax rates, privacy laws and proximity to Europe and Russia. However, in 2019 the Organization for Economic Cooperation and Development, an intergovernmental economic organization affiliated with the United Nations, declared the island nation was no longer considered a tax haven and gave it the same status as the U.S. and many European countries.

At the time Filev acquired Epic it sold kit aircrafts that had to be assembled, but in July 2020 its E1000 GX model was certified by the Federal Aviation Administration, meaning the company could sell a finished product instead of a kit. The plane wowed aviation enthusiasts and won Flying Magazine's 2020 Flying Innovation Award, as well as Plane of the Year by Plane & Pilot.

Since then Epic has been ramping up production on its $4.2 million planes despite some bumps during the pandemic. The Bulletin reported the company expects to build 20 planes in 2022, more than ever, and scaling up even more in 2023. Though Epic is a subsidiary of MVF Key Investments, all of its engineering, manufacturing and administrative operations take place in its headquarters by the Bend Municipal Airport. At peak employment the company employed over 300 people.

Epic's press contact told the Source Weekly that the company wouldn't be impacted by sanctions, but didn't provide further comment by the time this article went to print. Deputy U.S. Treasury Secretary Wally Adeyemo said the U.S. and its partners are planning to further sanction Russian companies and individuals.

"In addition to sanctioning companies in sectors that enable the Kremlin's malign activities, we also plan to take actions to disrupt their critical supply chains," Adeyemo said at an event for the think tank Chatham House on March 29, according to Reuters. "Our goal is to use an integrated approach that includes export controls which will bite over time and sanctions that will bite immediately."

Editor's Note: An earlier version of this article said Natalia Fileva died in an accident in an Epic E1000 Kit Plane, rather than an Epic LT Kit Plane. We regret the error.