Food and Restaurant Highlights of 2019 | The Source Weekly - Bend, Oregon

Food and Restaurant Highlights of 2019

As a food journalist, it's almost impossible to list the top-10 food and drink stories of the year. So, please, bear with me as I guide you through 10 of Central Oregon's highlights across the food and drink scene. 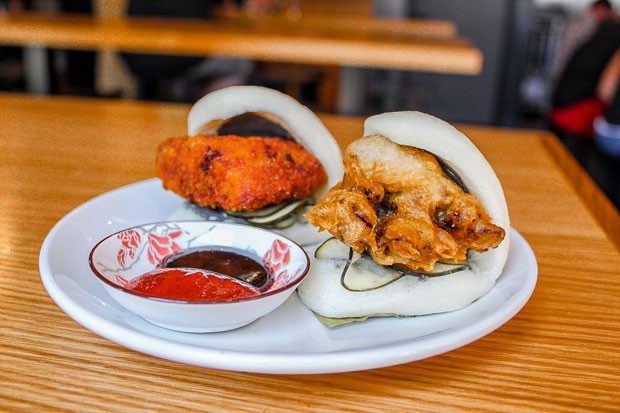 Miyagi Ramen: This small ramen hub made waves across Bend's food scene when it opened up shop in The Box Factory this summer. Chef George Morris, who you may recognize from Bos Taurus steakhouse, is the brainchild behind the project that brought authentic ramen noodles to the forefront of Central Oregon. From day one, patrons have been lining up outside to get a taste of these Japanese pulled noodles and savory buns. They were most recently recognized for their hospitality after offering a hot meal to those in need on Thanksgiving Day.

Grace and Hammer: Talk about a truly spiritual dining experience! The Redmond pizzeria, which features sourdough-crusted pizzas baked inside of a brick oven, is located inside of a 100-year-old church building. Because it was declared a Historic Monument in 1976, the building maintains most of its original integrity. Locally sourced ingredients grace the menu, and you can even listen for the ringing of their dinner bell every Friday evening.

Foundry Four: Prineville welcomed the coffee and whiskey bar in the spring, and the folks at Foundry Four have been evolving ever since. The building was renovated with the addition of roll-up doors and an exterior facelift for curb appeal. The small-batch whiskey distillers, who serve Sisters Coffee at the espresso bar, have also opened up the back porch for live music and community events.

The Rooftop at SCP Hotel: The former New Redmond Hotel has finally opened for business, but not without some of the best views in (and of!) Central Oregon. The fourth-floor rooftop offers shared plates, small bites and craft cocktails and beer. SCP's mission to reduce its carbon footprint has resulted in features such as a live wall on the brick exterior, which sources all herbs and garnishes for the extensive cocktail list. 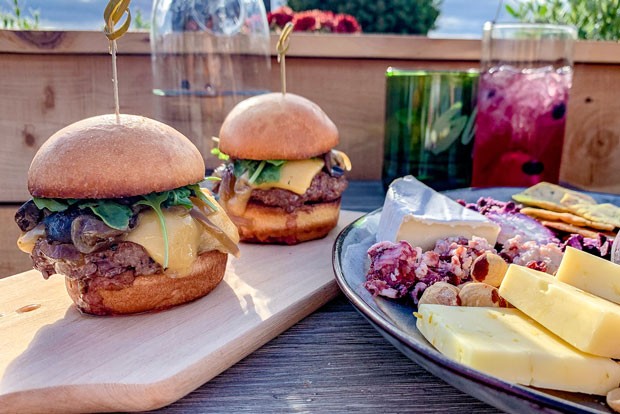 Boss Rambler Beer Club & Megaphone Coffee: There never seems to be a dull moment at the Galveston Avenue taphouse and coffee shop. The collaboration between brewers and baristas has been a dream for craft beverage aficionados. And, as the old adage (ahem—meme) goes, "Coffee until happy hour!" The brewpub has gained attention for kitschy brew names, like "Ski Barbie," and frozen beer and rosé. 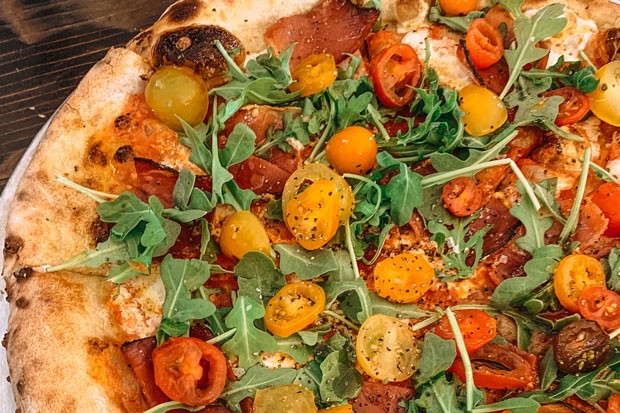 Crazy Cajun Crawfish Company: You won't have to travel across the country for a good ol' fashioned crawfish boil. Crazy Cajun, located in La Pine, is catching and serving crawfish by the pound. The crawfish season, which often runs from spring until early fall, is bringing these tasty "mud bugs" to dinner tables across Central Oregon. Crawfish boils, made with corn, potatoes and served with fresh lemon, will also be available by the pound once the season commences this spring.

Bo's Falafel Bar: For some of the best falafels, wine and paint nights, and drag shows in town (yes, you heard that right) we flock to Bo's. The owners, two young Bendites, have made it their mission to provide tasty, healthful food in a space that's reminiscent of "what Bend used to be like." According to their Instagram feed, their falafels will "literally" change your life. It's worth a shot!

The Podski: The originally-unassuming food cart "lot" has made some major additions over the past year. What originally started as a means to a permanent location for a hometown band has evolved into one of Central Oregon's hottest food cart destinations. It's unveiled a permanent structure to house the new and expansive bar along with indoor seating for patrons. It's also doubled their food carts with additions like Earl and Mabel, dubbed "modern comfort food," and Toasty, an all-vegan food cart.

Bledsoe Family Winery: The much-anticipated winery in The Box Factory was unveiled in the early fall. Bledsoe, which is sister winery to hometown hero Drew Bledsoe's Double Back Winery based in Walla Walla, Washington, has been drawing in rosé and petite syrah-loving "winos." While it doesn't have a kitchen of its own, charcuterie and cheese boards can be ordered from The Podski's BOARD across the street.